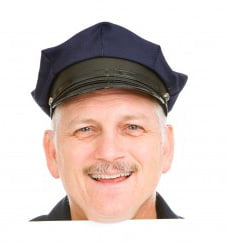 This is the seventh in a series of posts based on the recent COMPOSITE report on police use of social media across Europe.

Historically, police- public communication has tended to be formal and impersonal.

Official statements about the status of a high profile operation.

Press releases about a new initiative to tackle burglary or car crime.

The COMPOSITE report found that police communications over social media had a completely different tone to them.

The nature of interactions online, particularly when between a named frontline officer (as is typically the case in the UK) and a local community following them, tends to be much more varied.

Officers typically talk about positive news, their emotions, police culture and the day-to-day incidents that make up an average day at work.

There are a number of examples of British cops who tweet in this way including @mentalhealthcop, @DS_Rosser and @TheCustodySgt who have all written about their use of Twitter as part of my Why I Tweet series.

The report found that across Europe police forces had adapted both the style and content of their messages for social media, especially when aiming for two-way communication.

Police officers told researchers that they entirely rephrase press announcements and use an informal tone.

They also said that they had received a lot of positive feedback when posting contents that are not directly or immediately connected with current police operations.

Personal messages about an officer finishing their shift or handing over to colleagues before going on vacation, often got positive responses.

The use of social media had also revealed to many forces the high level of interest among many citizens about police and police culture.

There had been positive feedback to Twitter accounts set up for police dogs (e.g. @PDTroy with 3,000 followers) and police helicopters (such as @WYPHelicopter with over 13,000).

Posts with antique photos of police officers or information about police equipment, had also been enthusiastically received.

Greater Manchester officers reported that their attempts to keep the public informed about the 2011 riots via social media were appreciated by local citizens.

In addition to receiving lots of Tweets of support from the public, local people went so far as to bring food to the police station for officers working double shifts.

Social media has enabled police forces across the continent to engage in a series of open dialogues with local people across a much wider range of topics.

Communication moves away from being purely related to police operations and instead touches a larger number of issues that relate to citizens’ and police officers’ everyday lives.

The COMPOSITE study found that this open communication appears to have improved the levels of trust that citizens have in their police forces.

It’s hard to think of a greater justification for police use of social media.

Next week the use of social media to support police IT infrastructure. 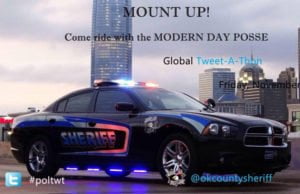 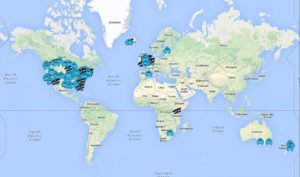 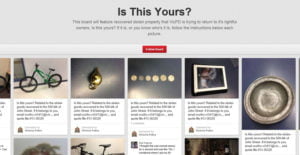