In its 2015 report on payment by results, the National Audit Office  identified 52 schemes containing an element of PbR which were worth a total of at least £15 billion of public money. Details are in the graphic below (to enhance readability, click it to make it go full screen or right click it and save it to your computer/tablet/phone). 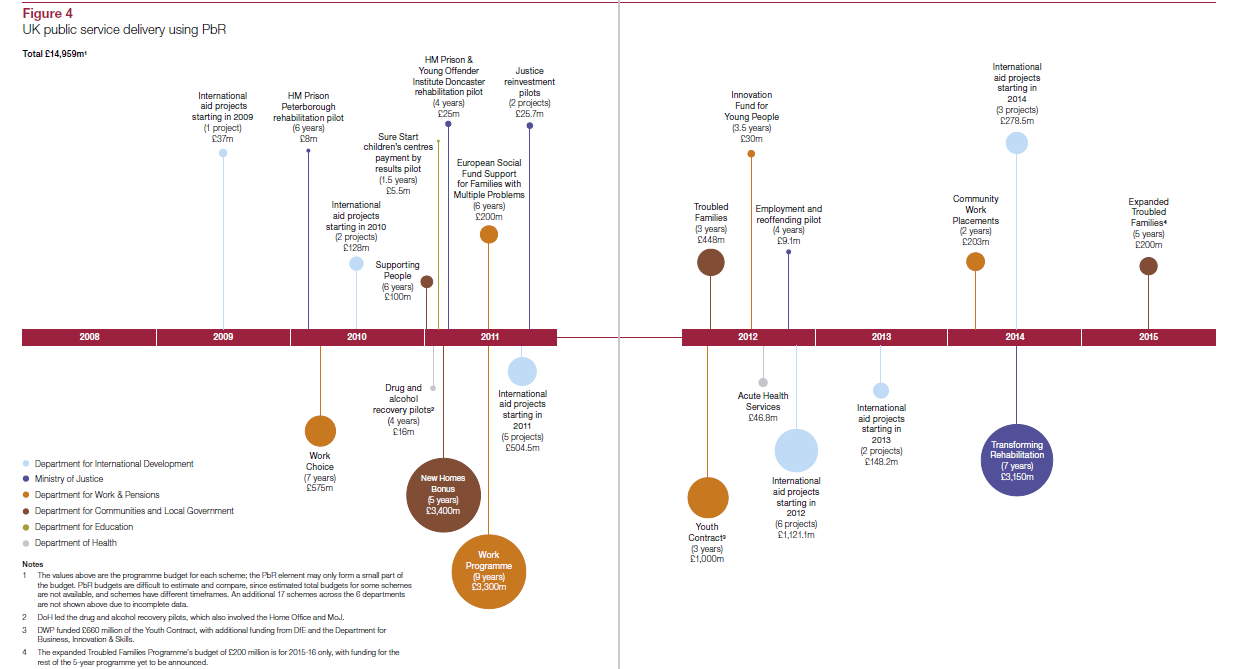 Despite a clear evidence base for its effectiveness, the use of PbR commissioning is growing in the UK. For example, the 2015 DrugScope State of the Sector report found that PbR is becoming increasingly common in the substance misuse field with 12% of non-pilot treatment services being commissioned on a PbR basis with a further 9% anticipating the introduction of PbR before September 2015.

Other schemes are being announced with regularity:

Home Group secured £500,000 funding via a social impact bond for a scheme to help young homeless people in the North-East (17 November 2015)

There are five other sections to this payment by results resource pack: