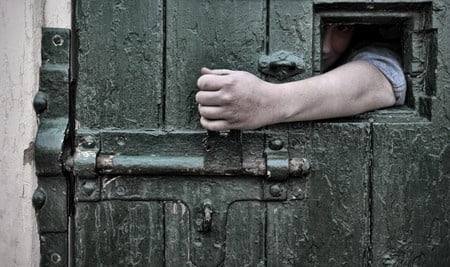 We know that employment is key to desistance from crime, surely the Prison Service should be doing everything it can to help prisoners reintegrate into the community and go straight?

Release on temporary licence (ROTL) is a pivotal part of the process of resettlement and rehabilitation. For many people in prison, particularly those who are serving long sentences, the chance to experience ROTL is a vital stage in the preparation for their safe release. It enables people to gain training and education, sort out jobs and housing and establish contact with their families—all factors which help them to reduce their risk of reoffending. Less than 1% of releases on temporary licence fail and, of these, only 6.1% involve an arrestable offence. This is the equivalent of five arrests per 100,000 releases.

These figures come from a new (14 January 2016) joint briefing from the Prison Reform Trust and Clinks based on a survey of 39 voluntary and private sector employers who provide ROTL placements in the community.

The briefing argues that recent changes to the ROTL policy have had a significantly negative impact on the ability of voluntary and private organisations to provide work experience opportunities for people on temporary release — which constitutes an obstacle to effective rehabilitation by reducing employment and resettlement opportunities for people being released from prison.

The briefing has been written to inform the forthcoming review of ROTL policy by NOMS; Justice Secretary Michael Gove has indicated scope for changes in the use of ROTL under proposals put forward as part of the government’s review of education in prisons.

What do people do on ROTL?

The survey respondents provided a mix of volunteering, work and training opportunities in a wide range of sectors including office administration, retail, construction, advice, catering and hospitality. Prisoners on temporary release also organise accommodation for their eventual release and spend important time with their families. Examples of the work done by survey respondents included:

“I have filled entry level retail jobs through to graduate roles in the past from a number of prisons.”

“We provide volunteering placements for peer advisers that we have trained in prison (Level 3 Advice and Guidance).”

“We provided work experience placements that included vocational training within the logistics and warehousing sector … During their time with us, vocation training elements were built in alongside tasks. Included in this was fork lift truck driving courses to nationally accredited qualifications.”

The graphic below shows a substantial drop (41%) in the use of ROTL since changes made by the previous Justice Secretary, Chris Grayling: 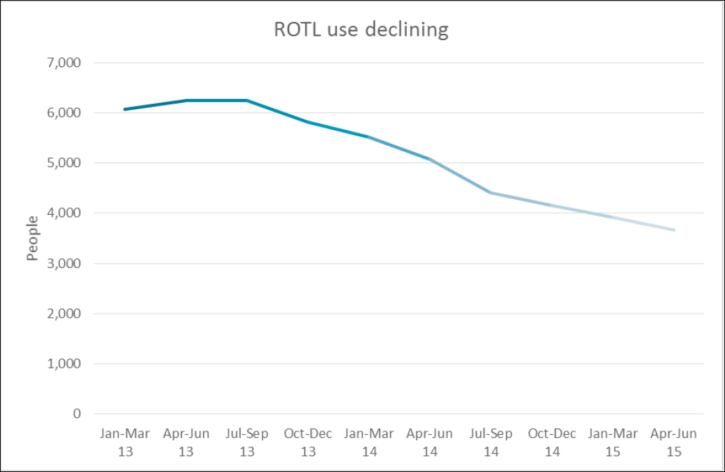 The main findings of the briefing were:

The briefing makes the point that ROTL is key to a number of employers who are prepared to recruit offenders because it gives them a chance to assess an individual in the workplace; Chief Executive James Timpson commented:

The best way to secure a great colleague, who won’t ever go back to offending, is to employ them on release on temporary license. At Timpson this is our preferred way to find talented people in prison.

This is the law of unintended consequences at work. Changes made in a hurry by Chris Grayling to respond to high profile failures are actually squandering the goodwill of employers who are willing to help prisoners go straight. Michael Gove’s promised review is the perfect opportunity to restore a balanced approach, with less bureaucracy, more discretion for governors, and more prisoners putting something back into society.

We know that employment is key to desistance from crime, surely the Prison Service should be doing everything it can to help prisoners reintegrate into the community and go straight?