Who cares about women offenders? 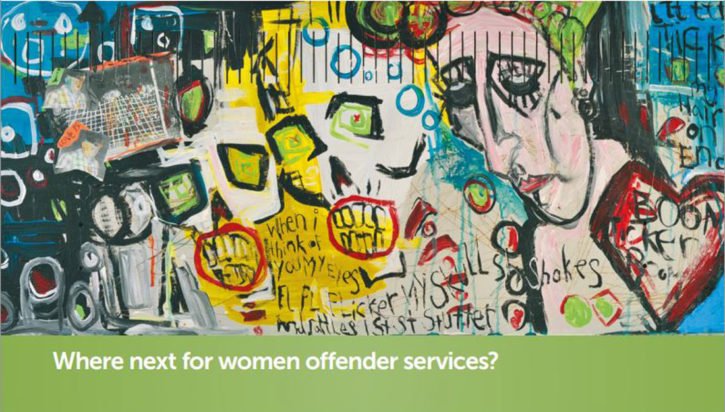 Subscribe
One of the best aspects of this important Clinks report is that it does not merely report the difficulties faced by organisations working with women offenders but highlights innovative practice and makes recommendations for ensuring that the needs of women offenders are not neglected under TR.

Where next for services for women offenders?

This post is a summary of an important, if profoundly worrying

report on what’s happening to services for women offenders which was published by Clinks on 22 September 2014. The report is the culmination of a project which tracked the experiences of nine organisations that directly support women in the CJS, providing a snapshot of a rapidly changing national picture.

The report is set in a rapidly changing policy context. In addition to all the changes being implemented by Transforming Rehabilitation, the government also set out its response to the Justice Committee’s Female Offenders report. These policy changes have thrown up a number of concerns for organisations working with women offenders:

However, by far the biggest concern was financial uncertainty. Although the TR contract specification insists on dedicated services for women offenders, funding is no longer ring-fenced. Most projects are funded on a three year basis and many did not know what would happen when their contract expired. The fact that probation trusts would no longer be commissioning their services meant that partnership arrangements, often developed over many years, were no longer relevant.

The changing needs of service users

The women’s organisations reported to Clinks that their service users had been profoundly affected by the economic downturn with a substantial increase in demand for housing and employment support and, in particular, for help with finance, benefit and debt problems. Agencies reported that women frequently just did not have enough money for basics such as tampons or even food, often as a result of benefit cuts.

One of the best aspects of this important Clinks report is that it does not merely report the difficulties faced by organisations working with women offenders but highlights innovative practice and makes recommendations for ensuring that the needs of women offenders are not neglected under TR.

The report concludes with five recommendations: