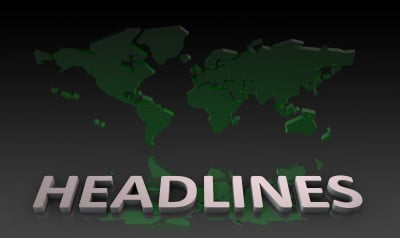 This is the eighth in a series of posts based on the recent COMPOSITE report on police use of social media across Europe.

The advent of TV – remember the real time coverage of OJ Simpson’s arrest – accelerated the speed with which news spread:

And social media has ensured that bad news goes global in minutes – as anyone following the Oscar Pistorius case can testify.

The always-on, global thirst for bad news can cause problems for police forces who need to appeal for information in high profile cases.

A simple post for information on a force website can spread virally within minutes and become global news with the result that the website crashes under the weight of public interest.

An example was the murder of Joanna Yeates over the Christmas period in 2010.

Even though Avon & Somerset Police rented additional infrastructure, the website crashed at peak times as information was requested about her whereabouts.

The force opted to use a set of social media networks to publish important information.

YouTube was used as the network to distribute CCTV footage with requests for information.

All these global social media networks have massive infrastructures which can better balance localised high loads.

But it is also relevant for large-scale emergencies.

During and after the 2011 riots in London, the Metropolitan police used Flickr to publish images of suspects.

With announcements on Twitter, the photos were extremely popular.

By midnight the same day, they had been viewed more than 4 million times.

Indeed, this level of  interest even caused Flickr some problems.

The Met’s website traffic increased dramatically during and just after the riots.

Hosting images on a separate server through Flickr helped ensure their site was not overloaded and could run at optimal levels, ensuring the public could still access information on how the police were dealing the riots and public safety information about what they should do.

The advent of social media means that police can request and broadcast information much more quickly with a considerably greater reach without additional and expensive investment in technology.