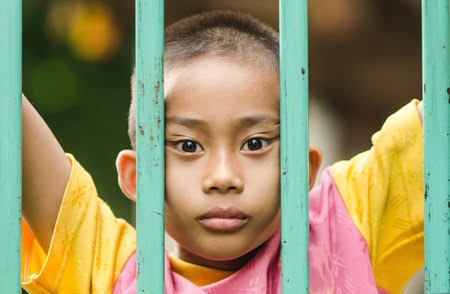 This is the fourth in a short series of posts exploring the final annual report of Prison Chief Inspector Nick Hardwick published on 14 July 2015. This post looks at Hardwick’s findings from the inspections of young offender institutions and secure training centres.

The one piece of good news from the report is that the number of young people held in custody continued to decline with the number of boys held in YOIs in England and Wales down from 858 on 31 March 2014 to 792 one year later.

However, inspectors made a number of criticisms of YOIs about the circumstances in which these children are held. There are five main conclusions:

Inspectors reported that nearly a third of boys had felt unsafe in their establishment, and 10% said they felt unsafe at the time of the survey.
At Feltham, there had been 262 fights and assaults in the six months before the inspection, including 79 assaults on staff, a much higher level than usual. At Cookham Wood there were about 15 assaults a month between children compared with nine at the previous inspection. At both establishments, there were group assaults on individual boys, with often reckless and unpredictable violence.

Inspectors were also critical of attempts to tackle this violence which included locking up boys for long periods of time in their cells, basically solitary confinement. Over a quarter (28%) of boys at both Cookham Wood and Feltham (26%) were on some form of regime restriction.

Inspectors found a mixed picture in respect of living conditions – previously poor living conditions at Feltham and Werrington had been improved and newly opened accommodation at Cookham Wood was excellent. However cells at Hindley and Parc were cramped.

Relationships between boys and staff were reasonably good, but black and minority ethnic and Muslim boys were more negative and were less likely to say staff treated them with respect compared with white and non-Muslim boys. Inspectors continued to find examples of staff failing to challenge poor behaviour and acting as poor role models. Personal officer schemes did not always work, and at Feltham, 25% of boys said they had no one to turn to if they had a problem.

Time out of cell

It was pretty shocking to read that at only one YOI inspected last year (Parc) were children out of their cells for 10 hours a day – and even this didn’t happen at the weekend. Inspectors found the same poor situation with getting outside every day – rarely achieving expectations of at least one hour a day – some had as little as 15 minutes.

When boys were out of their cells, inspectors found that education and training were good at most establishments.

In a few cases, boys were placed into hostel or bed and breakfast accommodation, which inspectors felt was likely ‘to give them a pretty certain return ticket’.  Finding accommodation was often a particular problem for boys who had previously been in care.

Although inspectors did not find the rapid deterioration of conditions they found in the men’s estate, they certainly didn’t find the improvements taking place in women’s prisons. The Chief Inspector again attributed some of the difficulties to cuts in staff numbers. Given the reduction in the number of children in custody, it should be an achievable goal for new Justice Secretary Michael Gove to turn the situation around.

Inspectors’ analysis of children’s experiences of custody finds they vary considerably between YOIs and STCs.

Constructive resettlement for children in custody

Constructive Resettlement is an evidence-based framework that empowers practitioners to support children on their own personal journey towards a constructive future.

The facts about children in custody