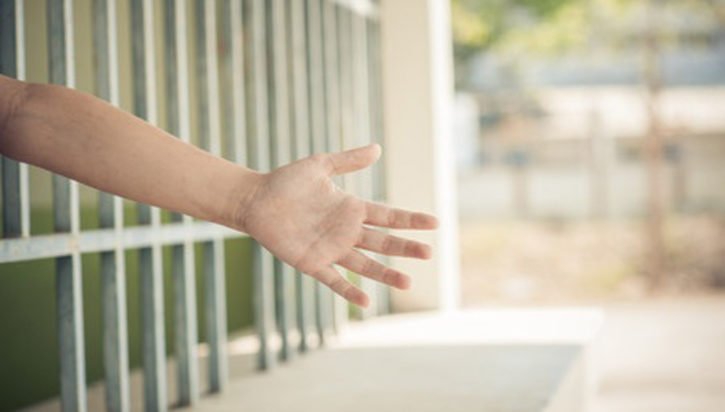 Subscribe
The reasons for this litany of poor practice have nothing to do with resources or politics. The findings are particularly shameful because the inspectors also found numerous examples of excellent work in custody and community and, where this was the case, the children in question had not reoffended.

Children not given enough help on release

The recent joint inspection of the work done to support children released from custody is highly critical. The report, undertaken by HM Inspectorate of Probation, the Care Quality Commission and Ofsted, and published on 12 March 2015 examined the work of YOTs and their partners in response to a number of area inspections which had found resettlement work wanting.

As you can see from the findings below, the inspectors found several substantial problems which, given the recent decline in the number of young people in custody, appear to me to be inexcusable.

The most damning finding of all was the simple fact that the offending outcomes from many of the children whose cases were inspected were poor. The inspectors spell this out quite simply:

“Too many have been rearrested, charged or convicted of new offences within months, or even weeks, of being released.” and

“Very often, the support to help these children stop offending and start new law-abiding lives had not been good enough.”

The inspectors go on to spell out the main reasons for these poor outcomes:

1. Much hard work was carried out in custody, but it was not linked to giving children the best chance to stop offending and make a new life. 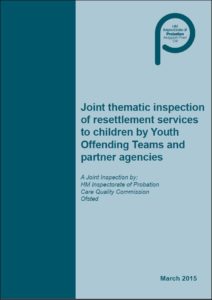 child and tended to be restricted to what was routinely available within the institution – the provision of education and behaviour management.

It would be hard to find a more damning indictment of multiagency work than that sentence. Inspectors found that information sharing was inconsistent not only between organisations, but also within them! Sentence planning was not integrated, did not always take account of previous assessments and was not genuinely linked to the community. Planning meetings were ineffective and failed to properly engage children and their parents. The fact that over one third of children were held over 50 miles from home made it difficult for families to visit and be involved in planning for release.

3. Work in the community while young people were in custody was not proactive and was too often mainly about attending meetings at the institution, rather than preparing for release.

Inspectors found that having meetings and putting plans in the database had become ends in themselves. Children recognised that and became frustrated and disengaged.

4. Resettlement work in the community often started too late.

Although inspectors did find some promising local resettlement projects,too often resources and services were not in place soon enough before release, leaving the child insufficiently supported at the most crucial time.

Essentially, this report validates the importance of the inspection process. The reasons for this litany of poor practice have nothing to do with resources or politics. The findings are particularly shameful because the inspectors also found numerous examples of excellent work in custody and community and, where this was the case, the children in question had not reoffended.

The government is aware of this issue and has committed the Youth Justice Board and NOMS to improve resettlement practice under the auspices of its Transforming Youth Custody initiative.

Let’s hope that the next inspection finds the initiative has made a difference.