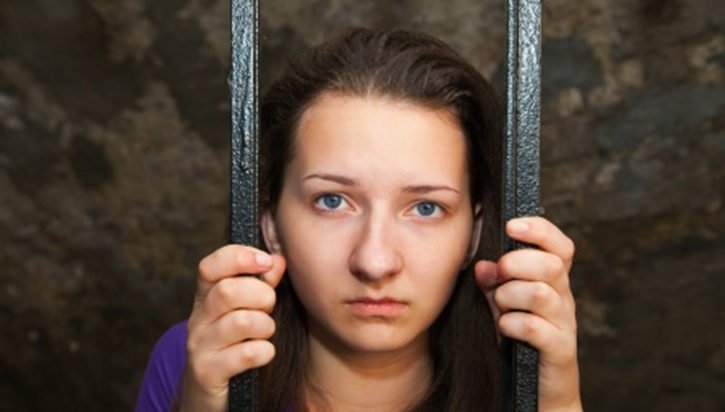 Subscribe
The fact that women make up only 5% of the prison population and 15% of those on probation means their needs are often overlooked by a system which is focused on the profile and behaviour of male offenders.

A snapshot of provision

A recent (19 March 2015) survey by Clinks found a very mixed picture of health and care provision for women in contact with the criminal justice system across the country.

As most readers will know, people in contact with the justice system experience 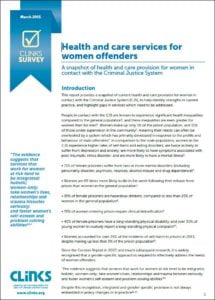 significant health inequalities compared to the general population, and these qualities are even greater for women. The fact that women make up only 5% of the prison population and 15% of those on probation means their needs are often overlooked by a system which is focused on the profile and behaviour of male offenders.

Some of the key inequalities are:

71% of female prisoners suffer from two or more mental disorders (including personality disorder, psychosis, neurosis, alcohol misuse and drug dependence).
• Women are 69 times more likely to die in the week following their release from prison than women in the general population.
• 39% of female prisoners are hazardous drinkers, compared to less than 25% of women in the general population.
• 70% of women entering prison require clinical detoxification.
• 40% of female prisoners have a long-standing physical disability, and over 30% of young women in custody report a long-standing physical complaint.
• Women accounted for over 25% of the incidents of self-harm in prisons in 2013, despite making up less than 5% of the prison population.

Sixty four organisations responded to the Clinks a survey. Almost two thirds (62%) of these organisations provided services both in custody and in the community, with the obvious implication that they are well placed to assist in improving through the gate resettlement services.

It was clear that there continued to be a large number of gaps in provision. It appears that organisations providing healthcare for women offenders are concentrated in certain parts of the country, leaving other areas with hardly any service at all.

Almost half (44%) of survey respondents reported having to turn women away from their service, owing to lack of capacity.

The Clinks report highlighted five particular areas where support for women offenders needs to be significantly improved; it found: