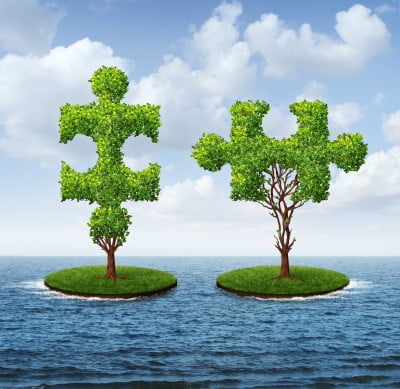 Is the MoJ getting serious about a diverse supply chain?

Conscious of the criticism of the performance of large private sector “Primes” in the Work Programme, the government has substantially upped its rhetoric about encouraging public sector mutuals and the voluntary sector to compete for the new reducing re-offending contracts.

What’s more, the MoJ and Cabinet Office have started to put the government’s money where its mouth is.

Nick Clegg announced a further £7 million support to get probation service mutuals and the voluntary sector “competition ready” on Monday 20 May.

Earlier this year the MoJ commissioned 3sc (@3sc_) to undertake an assessment into what the voluntary sector needs to compete for the new reducing reoffending contracts which will be let on a payment by results basis (see the procurement timeline here).

The MoJ published the 3sc report on this work and their proposed capacity building action plan on the same Monday.

The report authors are keen to emphasise that the voluntary sector is far from homogenous, ranging from large national organisations who already deliver government contracts worth £10s of millions to small local projects piecing together a patchwork of small grants in order to survive from year to year.

Interestingly, the report makes the point that capacity building is a system-wide rather than purely voluntary sector issue, which will require private and voluntary, large and small, organisations to forge new working relationships.

The authors say that it is not simply that the voluntary sector needs to raise its game but that diverse organisations with different motivations need to find a way to work together to co-operate more effectively, understand each other and seek to create partnerships which align incentives in their mutual interest – and hopefully in the interest of the offenders and communities which they will serve.

The gap between private and voluntary sectors

The report is insightful on the gap between the sectors which it sees as being about three key issues:

For example, Primes may have expertise in bidding, commercial processes and supply chain management, but lack expertise in frontline delivery, whereas for many voluntary sector organisations, the situation is reversed.

The report advocates for greater understanding and learning on both sides of the divide.

So, it was interesting to see 3sc explore private sector perceptions of the voluntary sector.

Firstly, the fact that many Primes perceive voluntary organisations as wanting to sell existing services, expecting the marketplace to adapt to them.

Given the MoJ emphasis on new ways of working and the fact that the reducing reoffending contracts will require more work to be done for less money, this is a key issue for voluntary sector organisations to consider before they decide whether to bid.

Secondly, Primes think that voluntary sector organisations need a better understanding of cost models and to be aware of the simple fact that Primes will not invest in services which do not generate a return.

If 3sc’s proposed action plan to build voluntary sector capacity is to be effective, it will have to achieve its aims of  increasing understanding between stakeholders, and addressing stereotypes on both sides of the divide.

As always, readers are recommended to read the full report.

However, the details of the action plan are reproduced below.

In all the report made a total of 19 recommendations of which 18 were accepted by the MoJ. The only exception was a proposed brokerage service to help voluntary sector organisations partner with primes. This was rejected because of the expense.

If you are interested in the issue of payment by results as it affects the voluntary sector, you may like to read a forthcoming series of posts on PbR written by Fiona Sheil (@fionajsheil), the NCVO lead on this subject.

The first post in the series is scheduled for next Friday 1 June 2013.

Re-engaging the voluntary sector in working with probation

Fifth in my series responding to the MoJ’s consultation on the future of probation, commissioning resettlement services.

Clinks report: There are persistent structural problems with the design of Transforming Rehabilitation that mean the very organisations the probation system relies on are shut out and left in economically unsustainable positions.

Voluntary sector “less involved than ever in probation”