The publication of the MoJ's response to Transforming Rehabilitation last Thursday 9 May has made it almost certain that the plans to overhaul the reducing reoffending system will take place. By bringing the timeline even further forward, the Secretary of State has built in 6 months' slippage before next general election. Even if the Labour Party wins the next election, there is no sign that @SadiqKhan would undo the changes.

“The die is cast”, said Julius Caesar as he marched his armies across the Rubicon river to invade Rome.

The publication of the MoJ’s response to Transforming Rehabilitation last Thursday 9 May has made it equally clear that there is no turning back in the government’s plans to overhaul the reducing reoffending system.

By bringing the timeline even further forward with services going live in Autumn 2014, the Secretary of State has built in 6 months’ slippage before next general election.

Even if the Labour Party wins the next election, there is no sign that @SadiqKhan would undo the changes.

It seems that Chris Grayling, like Julius Caesar, has decided on a high-risk approach.

There  is a very real risk that we will end up with an under-resourced and fragmented system which increases the risk to public safety.

It is also hard to contest the view that it would be more effective to adopt a more measured approach to change which started by allowing probation trusts more flexibility to build on their recent successes in reducing reoffending rates.

However, the plans will go ahead because they are primarily driven  by political aspirations – the Prime Minister’s oft-repeated commitment to open up public services to the private sector “to re-balance the economy”.

On the bright side

There are a number of positives within the MoJ paper which shows that ministers and civil servants have listened and responded to some key concerns.

There can’t be many who work in the criminal justice field who didn’t applaud the emphasis on resettlement prisons – an elusive goal which has been pursued for many years with little success.

The potential gains of a more seamless service in custody and on release are immense.

Most will also be pleased that the number of Contract Package Areas has been increased from 16 to 21 which makes it more realistic both for medium and smaller voluntary sector providers to be involved in provision and for Police and Crime Commissioners to try to ensure some level of co-ordination at a local level.

Five of the seven Probation Trust groupings who are applying to spin out public sector mutuals will also be pleased that the CPAs match their boundaries.

Leicestershire Probation already delivers services beyond its boundaries but Cumbria, Lancashire and Merseyside will need to go back to the drawing board. 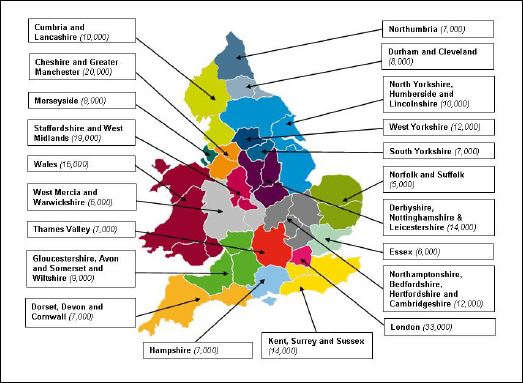 There remain serious concerns which I feel have not yet been adequately addressed.

The proposed changes to the way that risk of harm will be managed don’t seem very well worked out.

There remains a fundamental problem that by separating out risk management and service delivery, the new approach builds in duplication and fosters poor co-ordination.

At the very least, the MoJ will have to deliver on its commitment to  “design data sharing systems and IT which support delivery under this system”.

Sophisticated and secure information sharing systems which are used by all partners will be the minimum required to manage risk.

The pace of change

The speed with which these changes will be implemented is unprecedented and Tom Gash (@TGcrime) of the Institute for Government spells out in detail the risks of this approach.

Essentially, the rehabilitation revolution will introduce a new market, operating under an untested payment mechanism, to deliver services to many more offenders (50,000 extra short term prisoners) with a reduced budget.

However, the proposed mandatory supervision is underpinned by sanctions (see below) which will inevitably result in an increase in the prison population.

Some key expected components were missing from the MoJ document; in particular details of the contracting framework.

The likely length of the new contracts is not confirmed although the Prior Information Notice (the first stage in the procurement process) states that the value of the contracts will be £5 – 20 billion “based on a ten year period”.

Nor do we know what proportion of income will be subject to the payment by results approach although Mr Grayling seemed to suggest in his speech to the House of Commons that this will be a factor in the award of contracts with the implication that those organisations who are prepared to risk more on PbR will be more likely to win contracts.

Toby Eccles (@tobyecc) from Social Finance argues that we need many more details about the contracting process and pricing expectations.

I’d certainly like to see a commitment to more transparency in the contract award process.

Current procurement legislation and practice support the idea that all 21 CPAs will be decided independently on their merits.

However, experience suggests that decisions will be made on a political basis with most business going to large private providers, albeit with longer and more diverse supply chains than was originally feared.

What will the future bring?

The proof of the pudding remains, as ever, in the eating.

A diverse range of innovative new approaches to reducing re-offending?

Large contracts to global corporations who offer a cut-price service?

Depending on your perspective, Julius Caesar crossing the Rubicon either:

Resulted in a period of 18 years’ violent civil war.

Led to the establishment of the most successful long term European empire under the leadership of Augustus.

I’d very much welcome your comments below on how you see the future turning out.

If you’d like to nominate key players to fulfill the roles of Cassius, Brutus, Mark Anthony and, of course, Cleopatra – that would be a bonus.

You can keep up with all the latest coverage of the MoJ’s plans at the Scoopit site I curate.