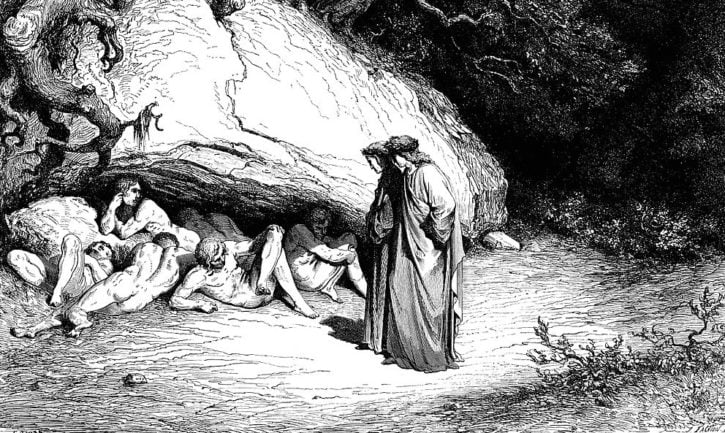 It will be interesting to see whether the picture of reducing reoffending services looks any different by the time of the next report. At the moment, the voluntary sector which works with offenders and their families are stuck in the same position as Dante's virtuous pagans, not sure if the future will be heaven or hell.

A new report published by Clinks today (17 August 2015) found that the voluntary sector involved in Transforming Rehabilitation (the re-design/privatisation of the probation service) are being left in a state of limbo by the slow pace of change, cuts to funding, a lack of transparency, and apprehension amongst funders and commissioners.

The report, produced in partnership with NCVO and the Third Sector Research Centre  is based on a survey with 156 voluntary sector organisations working with offenders and gives the first insight into what’s really happening with the implementation of TR.

A state of Limbo

Chris Grayling, the Justice Secretary who drove through the TR reforms in record time, promised that the voluntary sector would be at the forefront of the new system.

However, the report found that the transformation of probation has been slower than many in the voluntary sector were led to believe, leaving organisations in a state of limbo, waiting to see how or if they will be involved in service delivery beyond the next few months, making strategic planning and staff retention difficult.

Over half of the organisations surveyed (54%) said they expected to deliver services as part of TR, over one third (37%) said they did not know, and 9% didn’t expect to be involved.

A lack of transparency

The report found little clarity about the role that charities will be playing in new probation contracts. It’s still unclear what services the voluntary sector will be delivering, or how they will be resourced to do it. A small number of larger voluntary sector organisations said they had secured new contracts, although there were few details about the nature of this provision. Many small to medium size charities reported difficulties securing new contracts, lengthy negotiations with new probation providers, and funding cuts of up to 35%.

Apprehension amongst funders and commissioners

Survey respondents reported a sense of apprehension amongst funders and commissioners about what both parts of the new probation system (Community Rehabilitation Companies and the National Probation Service) will fund . They said that some independent charitable funders and local commissioners are questioning whether they should continue to fund charities that work with offenders. Additionally commissioners appeared to be cutting funding for offender rehabilitation and resettlement services.

The graphic below shows that almost two fifths (38%) survey respondents expected charitable trusts to be a key funding stream for future services for offenders: 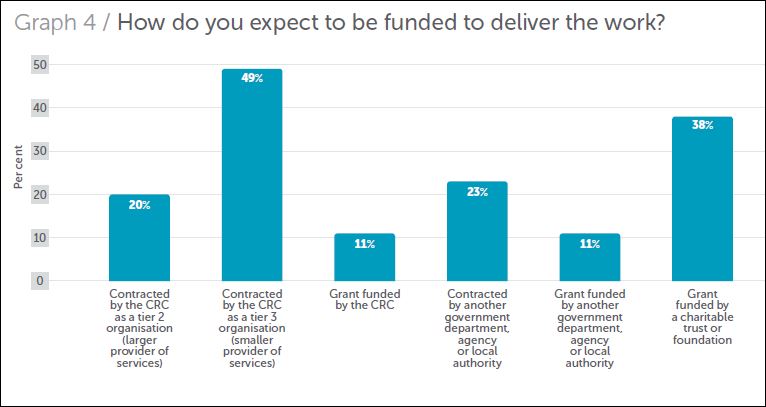 The main finding of this report is that voluntary sectors providers are very uncertain about their future with almost one half (46%) respondents stating that their funding had been affected by TR. Many providers are unclear about whether previous contracts with Probation Trusts will be continued or not.

The Clinks, NCVO and TSRC partnership knew of many of these concerns when they launched the initial survey and are launching a follow-up survey today.

It will be interesting to see whether the picture of reducing reoffending services looks any different by the time of the next report. At the moment, the criminal justice voluntary sector is stuck in the same position as Dante’s virtuous pagans, not sure if the future will be heaven or hell.