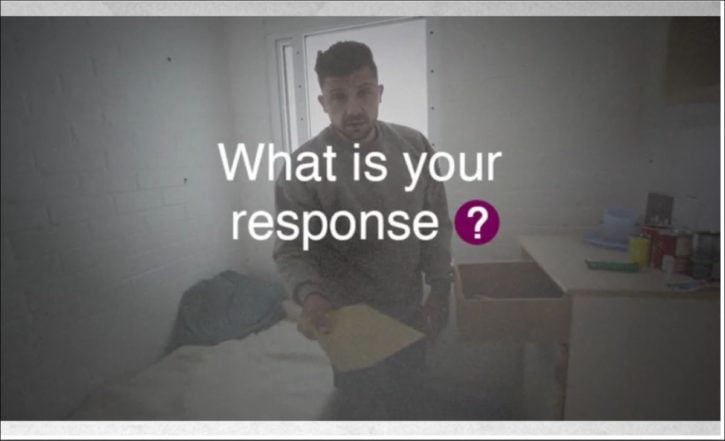 This is the sixth in a short series of posts on the RSA’s Future Prison project which sets out a blueprint for the modernisation of our prison system.

We know that there are not enough prison officers currently staffing our prisons.

NOMS is currently struggling with a particularly vicious circle:

Despite NOMS engaging in a “full throttle” recruitment programme in 2015 which brought on board 2,250 extra prison staff, this resulted in a net game of just 440 officers because of the growing numbers of staff leaving the prison service.

The House of Commons Justice Committee was so concerned by the situation this May that it made a formal request for quarterly reports from the MoJ and NOMS for the rest of the parliament on the latest prison safety statistics (including those not routinely made public) and a recommendation that the MoJ and NOMS jointly produce an action plan addressing prison safety.

The RSA report acknowledges these very real and current staffing difficulties before going on ask one of the toughest questions of the whole Future Prison project:

What should the future prison workforce look like and what skills are required?

The report notes that currently prospective prison officers do not require 5 GCSEs and  until recently received only 6 weeks generic training (now increased to 10 weeks) – some of the lowest levels of training in the world.

The RSA highlights the fact that although many officers and operational staff still see their work as a vocation and are passionate about the potential role that prison can play in changing people’s lives. However, it also emphasises that the changes made since 2013 through benchmarking have not been welcomed by many staff with many feeling that the outcome – as well as fewer staff and lower staff to prisoner ratios – has been a deskilling of the prison officer role and a squeeze on middle grades.

Prison officer training aims to provide new prison officers with the core skills and knowledge they need to begin their prison careers. Delivery is shared between prisons, a central training centre – the Prison Service College Newbold Revel – and/or one of 15 local training centres.

A new officer will be on probation for 12 months and be expected to complete the CCNVQ Level 3 within a year of completing the eight-week course which covers:

Many prison officers and operational staff work alongside a range of agencies – health, education, substance misuse services and charities – operating inside the prison. While some prisons make this work well, there can be tensions between the reasonable demands of agencies and officers’ day-to-day operations.

Much of this comes down to what is and what is not considered ‘core business’ as well as a lack of staff ownership of key areas of work and intervention.

The Future Prison project intends to explore what kinds of skills and competencies are needed to strengthen people’s chances of rehabilitation, their current skills base and the extent to which training and development is fit for purpose and/or may need to change in relation to a greater focus rehabilitation.

This includes exploring the attitudes of staff to their roles, how they would like to see them change and what they hope to look for in their new more autonomous prison leaders.

The report sets out a number of key questions about the rehabilitative workforce:

HMPPS has issued a special edition of its workforce stats to mark the successful achievement of its target to recruit an additional 2,500 frontline prison officers. 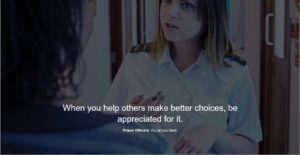 Latest HMPPS workforce stats show a net increase of 715 frontline prison officers over the last three month period. However, experienced staff are still leaving at a rate of almost one in ten every year. 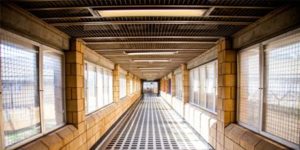 The fall and fall of prison officer numbers

The Howard League says that the Ministry of Justice has failed in its recent attempt to recruit more prison officers leading to increasingly unsafe prisons. 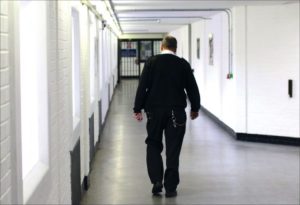