2016 Clinks State of the Sector report finds that the offender voluntary sector is facing a serious funding crisis with many services threatened by closure.

The voluntary sector working with offenders

This year’s State of the Sector report from Clinks (published on 23 March 2016) tries to paint an upbeat picture but the underlying theme is of a sector badly hit by funding cuts.

The report is based on responses from 73 voluntary sector organisations working with offenders and/or their families.

This blog post focuses on the report’s key findings.

The report found that clients’ needs have changed and become more severe.

71% (n= 58) of organisations reported that the variety of their clients’ needs have changed in the last financial year, whilst 55% (n= 58) said that the severity of their needs has increased. This led many organisations to develop and deliver new services to respond to changing service user need.

Although the needs of clients are changing, the average number of clients has remained stable over the last three financial years.

Clinks argues that service user involvement needs to be increased with only just over a third (35%, n= 55) of organisations reporting that they had consulted service users about the design and delivery of their services in the last year.

Partnership working is important but can be challenging. 43% (n= 53) of organisations 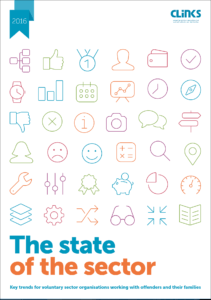 reported that there is an increasing willingness to work in collaboration; providing an effective way of working when there are limited resources. However, some organisations said that due to the policy and funding environment, relationships with other organisations are becoming challenging because of “rivalry and competition.”

Organisations report they are less able to focus on their core purpose, with 44% (n= 44) saying that in the last financial year their ability to focus on their core purpose has worsened. This is concerning and could indicate that organisations are experiencing “mission drift”. This trend might be explained by the fact that organisations are spending more time on generating income, which is often having a negative impact on their ability to deliver services.

80% (n= 86) of organisations told us that they have spent more time on income generation over the last financial year; just under half 47% (n= 38) of the organisations who report this say it is having a negative impact on their ability to deliver services. 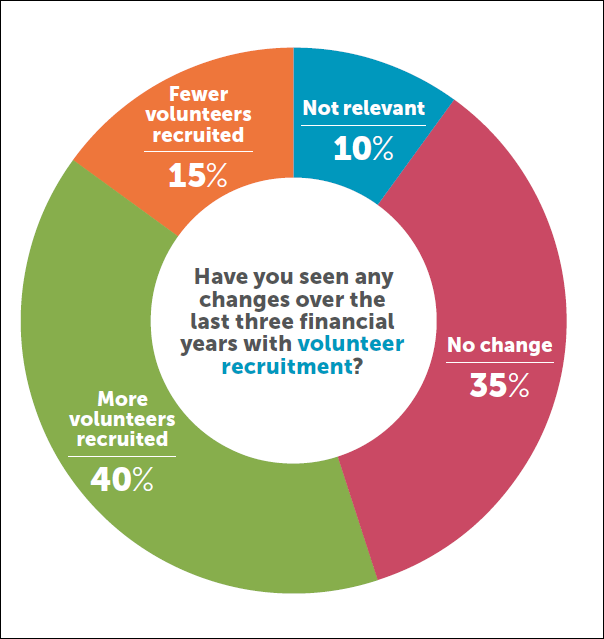 The majority of organisations have a turnover of less than £1m with funding levels remaining stable for organisations over the last three financial years. Given the range of services the voluntary sector delivers, it is unsurprising that organisations continue to receive funding from a range of sources, including from the statutory, voluntary and private sector.

Organisations who receive statutory funding are more likely to report that it is from a local source, indicating that many voluntary sector organisations provide support to local communities.

However, very worryingly, organisations are unlikely to achieve ‘full cost recovery’ on the contracts they deliver; only 11% (n= 10) of organisations report that their contracts fully covered the expenses required to deliver the service contracted.

This is leading to some organisations having to subsidise their work, through either using their reserves or accessing alternative funds, whilst others are scaling back their services and making staff redundant.

The majority of organisations are not delivering contracts with a Payment by Results element. Many organisations are unable to shoulder the financial risks associated with these contracts, whilst others told us that focusing on achieving results under a Payment by Results contract deflects attention and resources from their clients, especially those with more complex needs.

It is likely that some organisations will close, but for those that don’t, this can put strain on staff and lead organisations to respond to immediate issues rather than being able to strategically plan for future challenges. 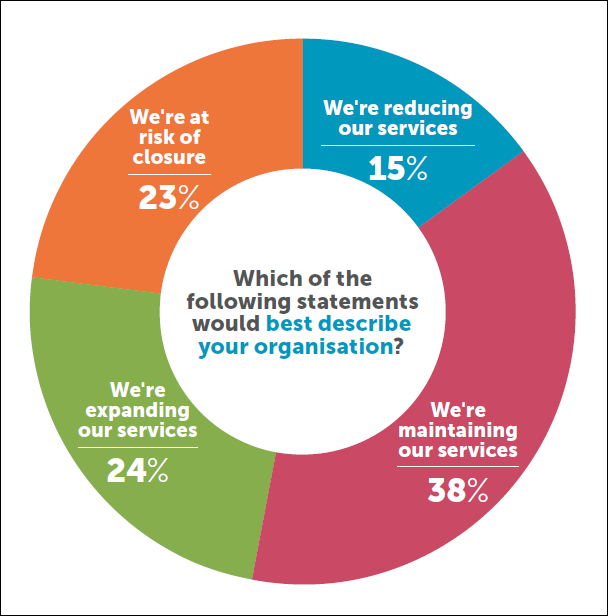 It is clear from this report that voluntary sector organisations working with offenders are under the same financial pressures as their statutory counterparts in the prison and probation services. Certainly, there does not appear to have been any of the expected increased work with offenders supervised by Community Rehabilitation Companies — despite the emphasis placed on the voluntary sector during the Transforming Rehabilitation procurement process.

This is a valuable report but it does not paint a happy picture for offenders, their families and the voluntary sector organisations who set out to help them.