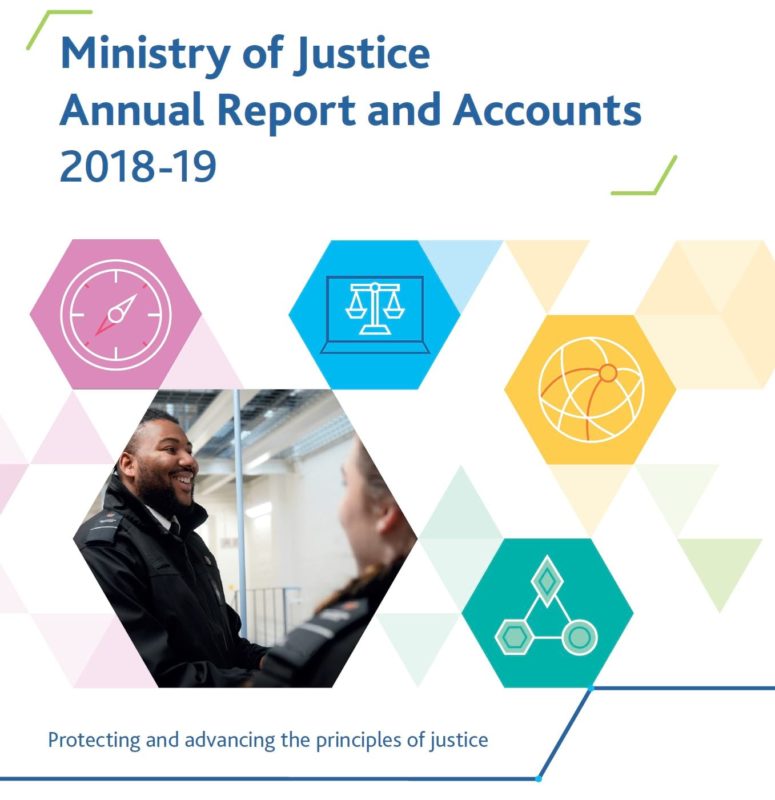 The document sets out all the primary objectives for prison, probation and courts, but reports on very few performance measures. Nevertheless, here’s 10 things I found of interest.

The MoJ spent £8.4bn last year, £700 million more than in each of the last two years. It has to be said that the MoJ make no real attempt to make this information accessible. What most of us would like is an idea how much the MoJ spends on prisons, probation, courts, legal aid etc. I reproduce two graphics from the report, the first from the Chief Financial Officer’s review of the year, the second hidden away in an appendix in the 206 page report. You can at least find out some things from the second chart, such as the MoJ spent £16.8 million on the Parole Board, £84.6 million on the Youth Justice Board and a smidge over £4 billion on HMPPS.

2. The MoJ has four strategic objectives

So now you know.

In 2018-19 there was a net increase of 4,675 full time equivalent prison officers in post between October 2016 (when the commitment to increase staff numbers was made) and March 2019. This increase in prison officer numbers has enabled all 92 closed male prisons to continue the rollout of the Offender Management in Custody (key worker)
model with 15,000 prison officers now trained as key workers.

For adults commencing a court order or released from custody in 2016‑17 the annual average proven reoffending rate was 37.8%, compared to 37.2% over the previous reported period. 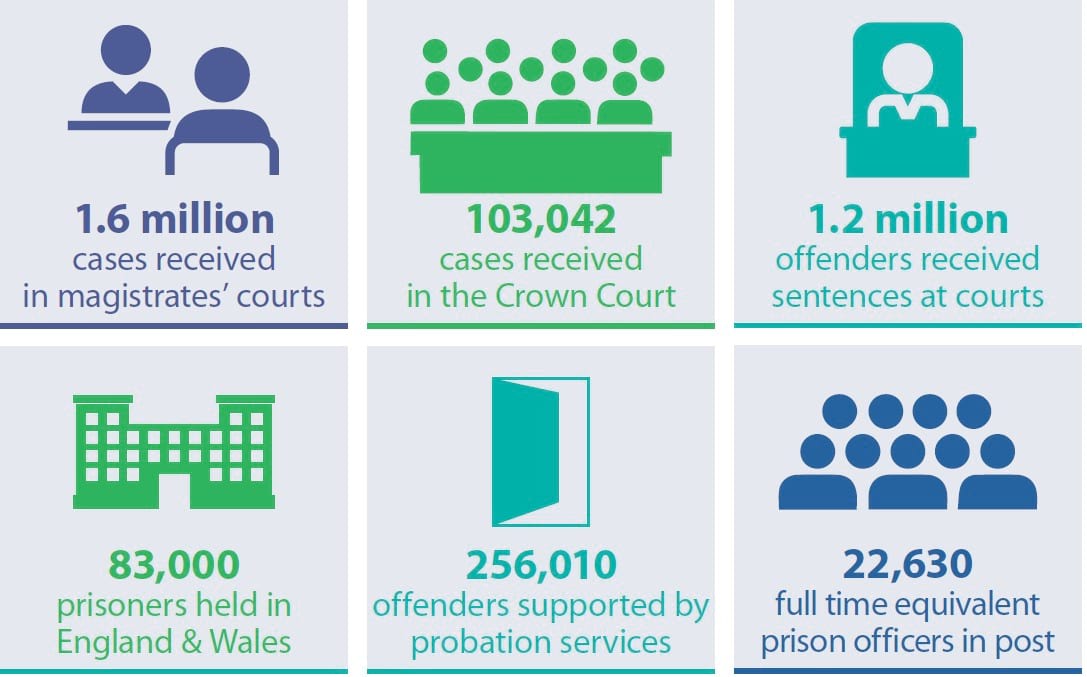 7: And so are Magistrates’ Courts (also again)

Both receipts and disposals fell during 2018-19 compared to the previous year, while the number of outstanding cases has remained constant. The effectiveness of trials at the magistrates’ court has remained constant, between 45% and 46% over 2018-19. Similarly, the trends for cracked and ineffective trials have also remained constant at around 39% and 15% respectively for 2018-19.

8: The MoJ as grant giver 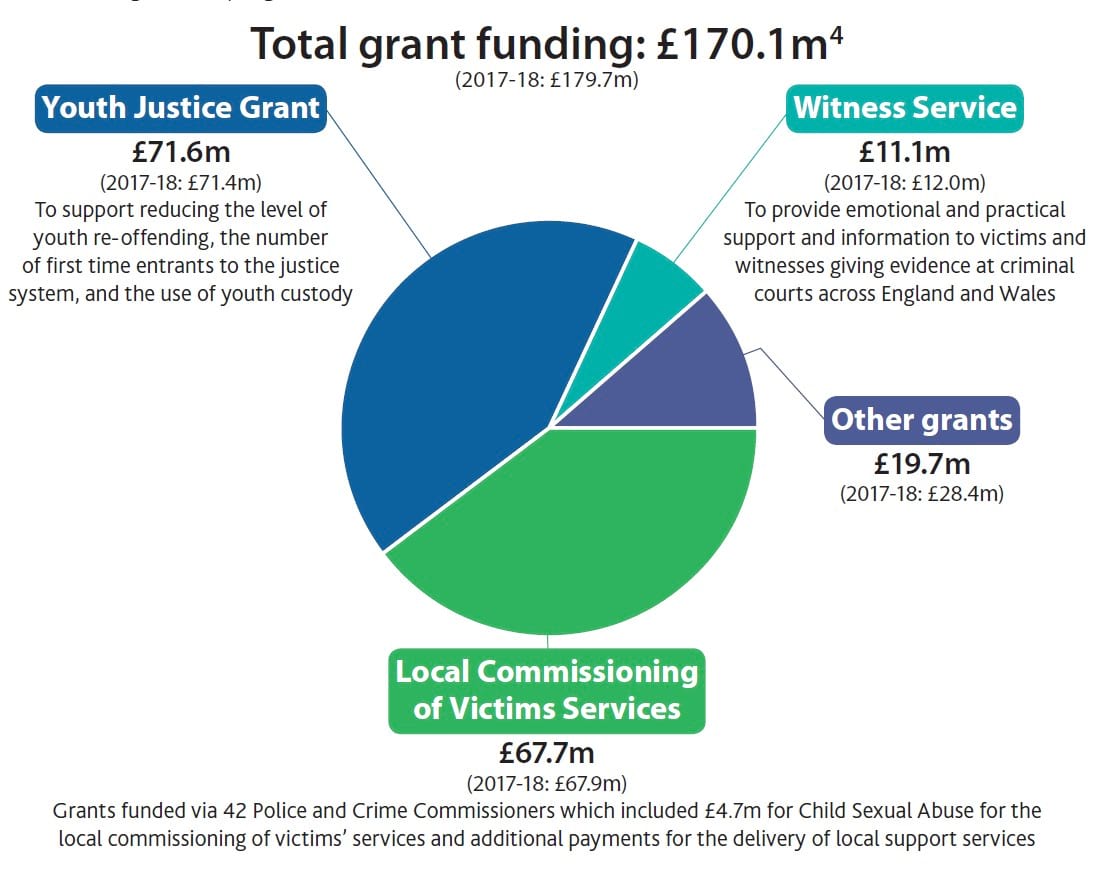 10: Total wage bill for the judiciary

The total wage bill for the judiciary (including wages, social security and pension costs) was £524.9m last year of which “senior judicial salaries” made up £198.2m. 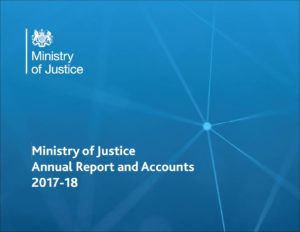 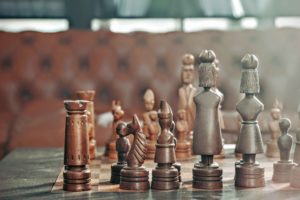 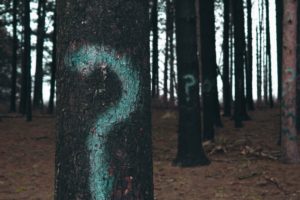 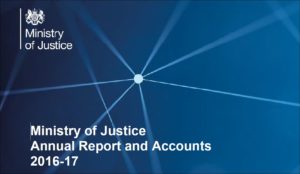 Who are the new team at the Moj?