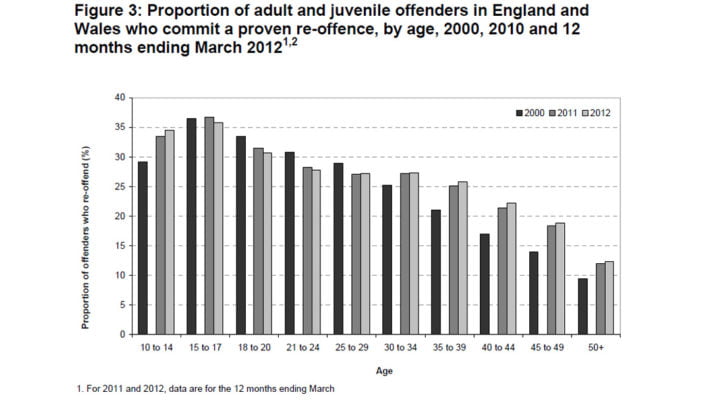 Subscribe
The overall findings are positive with the proven reoffending rate dropping to 26.5% compared to 26.8% for the previous year.This figure is the overall rate of reoffending for the 600,000 adult and juvenile offenders who were cautioned, convicted (excluding immediate custodial sentences) or released from custody between April 2011 and March 2012.

Recently (30 January 2014) the MoJ published the latest proven re-offending rates for the year ending on 31 March 2012. These figures will be scrutinised more closely than ever given the upcoming privatisation of the probation service via the government’s Transforming Rehabilitation project.

In addition to reoffending rates from individual probation trusts, this latest edition of MoJ stats also includes data on the interim reconviction figures for the payment by results pilots at Peterborough and Doncaster prisons.

Proponents and critics of TR will seek to find ammunition for their cause. And those seeking to win the new reoffending contracts will be delving into the small print.

These data are more reliable than the local adult reoffending rates which the MoJ also publishes, since they cover a full year rather than the most recent quarter; and are therefore less susceptible to fluctuation.

The overall findings are positive with the proven reoffending rate dropping to 26.5% compared to 26.8% for the previous year.This figure is the overall rate of reoffending for the 600,000 adult and juvenile offenders who were cautioned, convicted (excluding immediate custodial sentences) or released from custody between April 2011 and March 2012.

Around 160,000 of these offenders committed a total of 460,000 proven re-offences within a year, with those that re-offended committing, on average, 2.9 re-offences each.

The data are segmented to look at the reoffending rates of different groups; the main findings are set out below.

Adult offenders released from custody
The proven re-offending rate for adult offenders released from custody between April 2011 and March 2012 was 45.8%, a fall of 1.5 percentage points compared to the previous 12 months and a fall of 3.6 percentage points since 2000. Adults who served sentences of less than 12 months, re-offended at a rate of 57.7% compared to 34.4% for those who served sentences of 12 months or more.

It is clear to see why prospective new probation providers expect to make most of their impact on reoffending rates by targeting this group of short term prisoners who currently receive neither supervision nor support on release.

The proven re-offending rate for adult offenders starting a court order (Community Order or Suspended Sentence Order) was 34.0%, a small drop of 0.2 percentage points compared to the previous 12 months and down 3.9 percentage points since 2000.

Probation Trusts will be pleased to see that they have continued to cut reoffending rates.

Around 71,000 juvenile offenders were cautioned, convicted or released from custody between April 2011 and March 2012 and around 25,000 of them committed a re-offence. This gives a proven re-offending rate of 35.5%, down 0.3 percentage points from the previous 12 months. While the rate has seen an overall increase of 1.8 percentage points since 2000, the cohort has changed considerably over this time; it has almost halved in size due to a substantial decrease in the number of first time entrants to the criminal justice system. In effect, the characteristics of current juvenile offenders mean they are more likely to re-offend.

What’s the difference between Probation Trusts?

Re-offending rates varied considerably between probation trusts from 26.7% to 43.1%. Most of this variability reflects the different mix of offenders who are given a court order in different areas.

One the reoffending rates have been adjusted to take this into account, seven probation trusts showed significantly lower proven re-offending rates than expected:

So, once again official MoJ statistics show probation trusts are making a small but consistent impact in reducing reoffending. 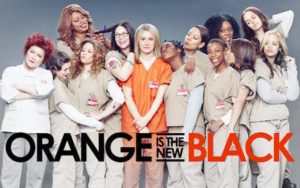 It is surprising that in 2015, there is almost no British research of sufficient high quality to inform best practice in reducing women’s offending. There is a particular need to develop an effective evidence base around what works in helping women to desist from violent crime.

In my view, implementing rapid sanctions alone is unlikely to promote reduced drug use or offending. Desistance and recovery rarely involve a simple, linear path to success. If every relapse is met with 5 days in custody, it is hard to envisage how offenders will achieve the long term stability and abstinence required to build a personally fulfilling and law-abiding lifestyle.