The most recent (17 August 2017) Criminal Justice Statistics Quarterly bulletin (covering April 2016 – March 2017) confirms recent key trends — the lowest number of people since modern records began (1970) were dealt with by the courts, but the proportion of people imprisoned for indictable offences rose again and that average length of sentence increased too:

The continued fall in the number of individuals “formally dealt with” by the criminal justice system has been declining since 2007:

Out of court disposals keep falling

The use of out of court disposals (OOCDs) decreased by 46,500 (14%) in the year ending March 2017, with 274,600 individuals issued an OOCD. This decreasing trend can be seen across all OOCD types and continues the steady decline in the use of OOCDs since March 2008 (excluding Community Resolutions).

Check out the Sankey

The bulletin also contains a link to a fantastic resource for criminal justice commissioners, researchers, policy makers (and nerds): an interactive Sankey diagram which shows what happens to people convicted of different offences. The diagram can differentiate between adults and juveniles – the image below shows how we sentenced all juveniles in 2017: 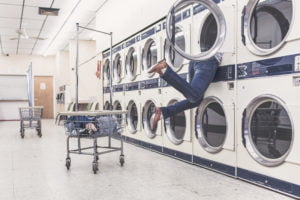