The South West South Central division of the National Probation Service, supervising nearly 13,000 offenders from Berkshire to Cornwall, was found by inspectors to be performing to a good standard overall.

In the first report in a new programme of inspections of the NPS divisions published today, Dame Glenys Stacey, HM Chief Inspector of Probation, said the division was effectively led with robust systems to monitor performance.

However, Dame Glenys said that a shortage of staff was having an impact on the division.

The number of probation staff has fallen short of the target since 2015; at the same time the National Probation Service workload has increased. The division has a clear delivery plan to address staff shortfalls, but this had not yet had the necessary impact and, as a result, caseloads in some parts of the division remained high.

The report noted that the problems were most acute in the part of the division bordering London, where vacancies remained unfilled despite the offer of higher salaries.

Inspectors found the division has recently focused on the quality of its assessments of individuals, reflecting the principle that establishing and maintaining a professional relationship with those who are supervised is at the heart of all probation work.

Dame Glenys added: “We found outstanding results in this aspect of its work. The planning of supervision was good, and focused on reducing reoffending and keeping others safe.” Inspectors noted, though, that “contingency plans”, spelling out how to respond to any heightened risk of harm to others, should have been more robust.

The division provided sufficient information to courts to assist in sentencing and a good service to victims who had opted into the victim contact scheme. There were, however, some shortcomings. The delivery of supervision did not focus enough on addressing factors related to offending, and not enough attention was paid to keeping individuals’ progress under review. Some interventions were working well but the division was not making full use of all services provided by the Community Rehabilitation Companies in its areas.

“This division is performing to a good standard overall. I hope that our findings and recommendations enable it to do better still, although we see that, in some matters, improvement is dependent on centrally driven policies and support.”

Inspectors’ main findings on this domain were mixed:

The Probation Inspectorate works on a four-band rating system: excellent, good, requires improvement and poor. This is the fourth inspection under the new rating system, but the first one of a NPS area. While the three CRCs which have been inspected (West Yorkshire, Merseyside and Essex) have all been rated in the third band: “requiring improvement”, it’s pleasing to see that the South West South Central NPS has been rated good, despite struggling with staff shortages. Anyone comparing relative probation pay in 2018 to that of a generation ago will not be surprised that services are struggling to recruit, especially in areas adjoining the Capital.

One interesting issue to note is the wide ranging quality of work in case supervision. Critics might question the point of doing an outstanding assessment, followed by good planning if implementation and delivery is so poor as to require improvement. It will be interesting to see how other NPS divisions score on this area. 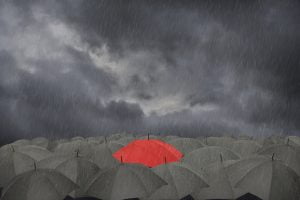