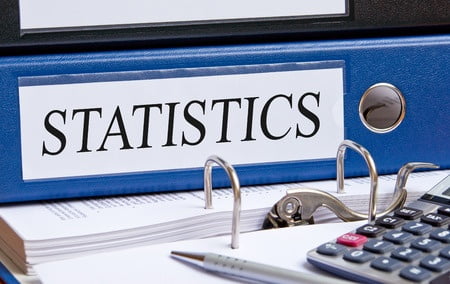 The total number of individuals who have been dealt with formally by the CJS in England and Wales, has been declining since 2007, and is now at a record low level (period 1970 to June 2015) with 1.71 million individuals dealt with in the 12 months ending June 2015.

Every three months the Ministry of Justice publishes a statistical bulletin of criminal justice statistics which provide a breakdown of the system’s main activities – the overall numbers of people dealt with, out of court disposals, court proceedings, convictions and sentencing etc. The latest bulletin (published on 19 November 2015) covers the year to the end of June 2015.

The total number of individuals who have been dealt with formally by the CJS in England and Wales, has been declining since 2007, and is now at a record low level (period 1970 to June 2015) with 1.71 million individuals dealt with in the 12 months ending June 2015.

You can see the drop in the numbers of people dealt formally by the criminal justice system in the graph below: 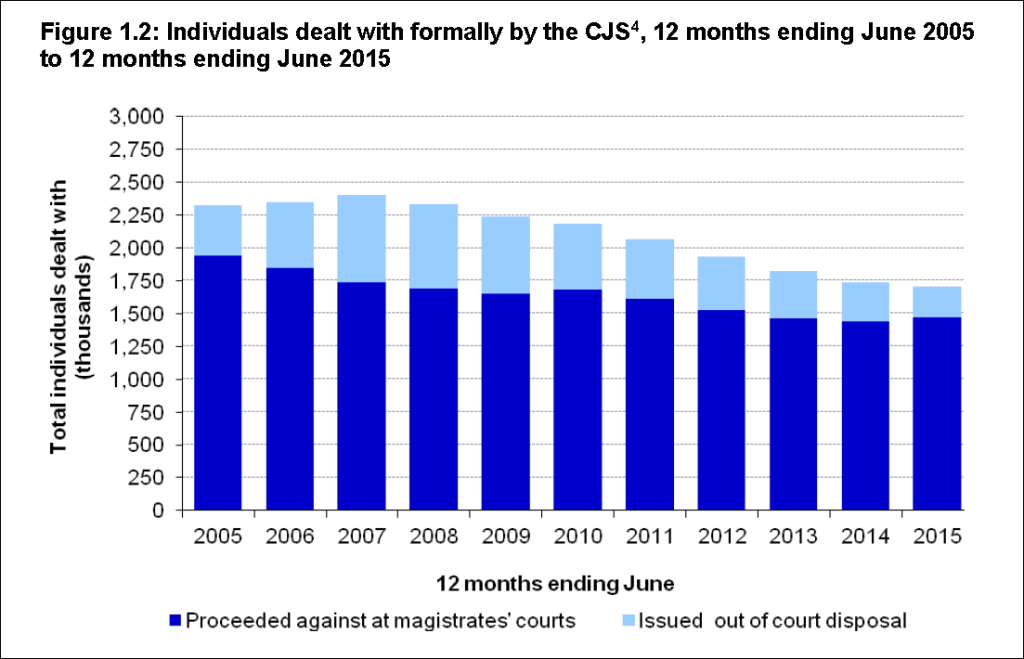 Similarly, the number of offenders convicted increased by 3% and offenders sentenced increased by 4%. There was also a one percentage point increase in the conviction ratio to 84% in the latest year.

The increased proportion of offenders sentenced for summary offences has led to a decrease in the overall custody rate from 7.9% in the previous year to 7.4% in the latest year, whilst the custody rate for indictable offences has increased year on year for the past five years.

The average custodial sentence length has risen continuously over recent years; last year it was 16.3 months, an increase of 0.9 months on the previous year.

The number of first time entrants dealt with by the CJS continues to decline and fell by 54% since 2007. The reduction has been much sharper for juveniles (82% over the same period) than adults.

Around 2 in every 5 adults convicted of an indictable offence had a long criminal record compared to just over a quarter in the same period 10 years ago.

The number of defendants proceeded against and convicted for sexual offences are the highest in a decade. The MoJ reserachers attribute the increase in the number of defendants proceeded against, at least in part, to the Operation Yewtree investigation, connected to the Jimmy Saville inquiry and the resulting media attention. Other commentators also draw attention to a change in culture with police more likely to believe victims and an improvement in police recording practices. Finally, the number of cautions for sexual offences fell 11% on the previous year.

Offenders sentenced for sexual offences had an average custodial sentence length of 62.5 months, a rise of 3 months compared with the previous year.

This latest set of statistics confirms the main overall trends of recent years: