The National Audit Office's latest progress report on the court modernisation programme finds it is behind schedule.

Last Friday (13 September 2019), the National Audit Office published its latest progress report on the MoJ’s ambitions plans to modernise our courts and tribunals. The previous progress report, published in May last year, was very critical. The verdict on Her Majesty’s Courts and Tribunal Service this time, is a qualified improvement:

HMCTS has made good progress in reforming some services, but it is behind where it expected to be and has had to scale back its ambitions. The timescale and scope remain ambitious and HMCTS must maintain a strong grip if it is to deliver a system that works better for everyone and delivers savings for the taxpayer.

The key facts of the programme and its progress to date are reproduced below.

HMCTS has made progress, but is behind schedule with its ambitious plan to reform the justice system to make it simpler and cheaper to run. It faces a significant challenge to deliver it on time and to budget, according to the NAO.

In January 2019, HMCTS completed the second phase of its reforms. It has rolled-out some new services which people can now access more easily online. It has also established its first two courts and tribunals service centres, which have standardised support for some civil, family and tribunal services.

HMCTS has also responded to concerns raised by the NAO by strengthening its approach to stakeholder engagement andbeing more transparent about the progress of its reforms. However, a recent survey undertaken by HMCTS found that many respondents were still concerned about its openness and transparency.

Some services are not yet fully available to the public because HMCTS has made less progress than anticipated. When the NAO last reported on the programme in May 2018 HMCTS was behind where it hoped to be, and this is still the case. By January 2019 it had only completed 78% of its stage 2 milestones. By the end of March 2019 it had spent £540 million, which is less than anticipated. This is because the delays in completing projects have meant that fewer staff than expected have left, requiring fewer redundancy payments.

While these changes do not affect the broad objectives of reform, they mean that lifetime savings have now fallen by £172 million to £2.1 billion. At the same time, the savings to date of £133 million claimed by HMCTS may not all have directly resulted from its reforms. HMCTS can track certain savings, such as those related to property costs. However, for some others, it relies on a series of models and assumptions to predict savings and does not check whether all these savings have materialised in the way it expected. It recognises that it needs to implement a more rigorous approach.

HMCTS has closed 127 courts and tribunals in England and Wales and generated £124 million through property sales since the start of estates reform in 2015, which is broadly on track against plans.3 It has postponed future court closures until later in the programme because of delays in completing other reforms which aim to move hearings out of courtrooms and therefore free-up court capacity. It has also reduced its estimate of the number of future closures it expects to make from 96 to 77 following a value for money assessment. For a breakdown of where courts and tribunals have been closed in England and Wales, see the NAO’s interactive map. A static image of court closures is reproduced from the NAO report below.

HMCTS has followed a structured process when closing sites. However, stakeholders have raised concerns that HMCTS is not being transparent enough in how it makes decisions, particularly when assessing access to justice. HMCTS has reconsidered its approach to future closures and published a new strategy in 2019.

The NAO raises the issue that HMCTS has focused evaluation of its modernisation programme on internal goals such as the number of outstanding cases and the rate of ineffective trials but has paid little attention to the impact on court users – defendants, witnesses, victims and their legal representatives – on having to travel much longer distances to attend court.

HMCTS needs to better understand the impact of its reforms, including how they are affecting users of the justice system. It should do this by publishing its data on the effects of court closures and using feedback on how new services are being received to inform the development of future reforms. As it enters the third stage of its reforms it must move from designing new services to ramping up their implementation. 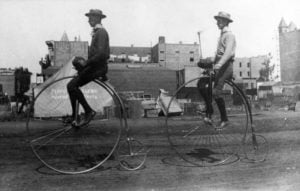