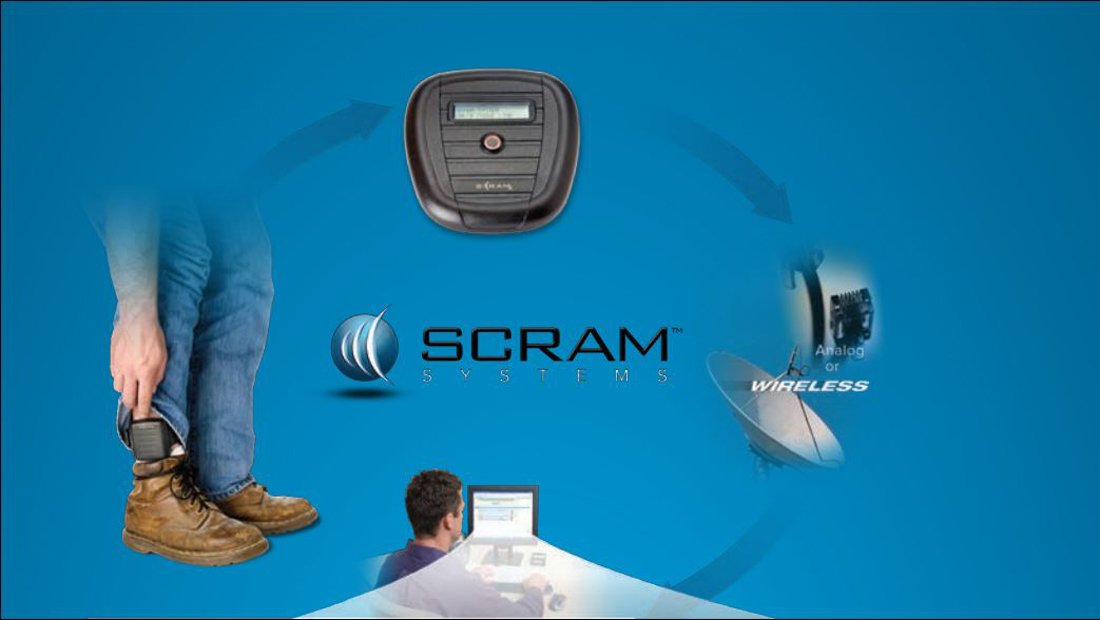 The bracelet itself looks like a slightly larger version of a normal electronic tag. The sensor on the tag has to be next to bare skin because the "transdermal" technology works by analysing perspiration. When alcohol is consumed, approximately 1% is not metabolised but is excreted through the skin via perspiration.

Recent coverage of electronic monitoring has been all about the contracts and very little about the technology. Nevertheless, the technology is advancing apace. Initially, tagging was all about ensuring that offendesrs stayed at home – basically enforcing a curfew.

Now that GPS has been integrated into the tags, offenders can be tracked in real time and it is possible to prove where they have – and haven’t – been. The US has been pushing ahead with “sobriety bracelets” which are mainly used to tackle repeat drink driving but are also used to try to enforce abstinence from alcohol, with the best known case being actress Lindsay Lohan.

There was a lot of press about their possible use in the UK 18 months ago with the Mayor of London announcing pilot schemes and a trial with prisoners in Barlinnie prison in Scotland. However, the London schemes haven’t started yet and there are no published findings from Barlinnie either.

While remote alcohol monitoring is an interesting technology with some potential, there are clearly a number of key concerns about how it might be used:

There is a new pilot scheme in the London Borough of Lewisham which appears to have thought through these issues and is trying out the technology as a response to domestic violence.

The Lewisham pilot uses the alcohol tags as part of a co-ordinated initiative to tackle domestic violence. The scheme is targeted at men whose domestic violence is associated with their alcohol use but who are not physically dependent on alcohol. Participation is on a voluntary basis.

The initiative runs for 90 days and the perpetrator is required to attend alcohol treatment at least once per week and attend a 12 week domestic violence perpetrator programme. 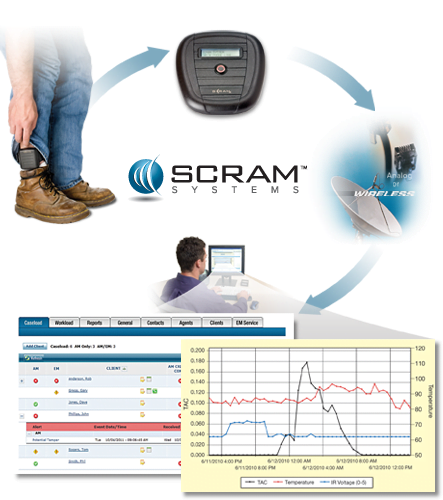 How does the technology work?

The bracelet itself looks like a slightly larger version 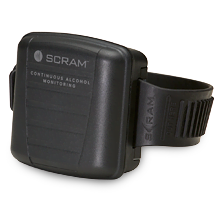 of a normal electronic tag. The sensor on the tag has to be next to bare skin because the “transdermal” technology works by analysing perspiration. When alcohol is consumed, approximately 1% is not metabolised but is excreted through the skin via perspiration. The bracelet tests the wearer every 30 minutes and collects and stores data which is uploaded either wirelessly or via a standard telephone line. Alternatively, data can be downloaded manually from the bracelet. It is possible to stop the bracelet functioning by inserting anything as a barrier between the sensor and the skin. However, this shows up clearly on the data and an alert is automatically sent whenever this is attempted.

What are the benefits?

My immediate reaction to thinking about this technology is that it generates the best drink diary ever known. Critical to the Lewisham pilot is the fact that local treatment staff are trained in fitting the bracelets and analysing the data – integrating the monitoring into the therapeutic relationship. Therefore when a counsellor sits down with a service user they can both see an exact record of when and how much alcohol has been consumed.

Counsellor and service user are therefore able to construct a plan to reduce or stop consumption based on the current real situation. Success can be celebrated and built on. Where things haven’t gone to plan, it’s easy to start identifying patterns and discuss triggers and other key issues. Of course, in the domestic violence pilot, it is very easy to see if, when and how alcohol use is related to violence.

It’s also easy how the bracelet can be used with someone at an early point in the model of change. It is hard to deny your level of alcohol consumption whilst looking at a read-out of your drinking over the last week.

Another additional benefit is the way that the bracelet can work as an external, ever-present motivator for the wearer. There is a study of Scottish students which found that those wearing the bracelet were more able to keep to a commitment to abstinence.

It will be interesting to see if there is any interest on the part of recovering alcohol users for this type of additional motivation in the early stages of recovery.

It’s very early days for this technology and it will be interesting to see how it develops. I would be very interested to hear readers’ views via the comments section below.

The biggest challenge the Lewisham pilot faces is that it hasn’t been able to secure funding for an independent evaluation. If you’re a University or other Research Organisation able to contribute a pro bono study, please get in touch with me for more information. 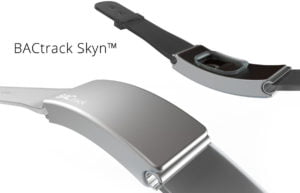