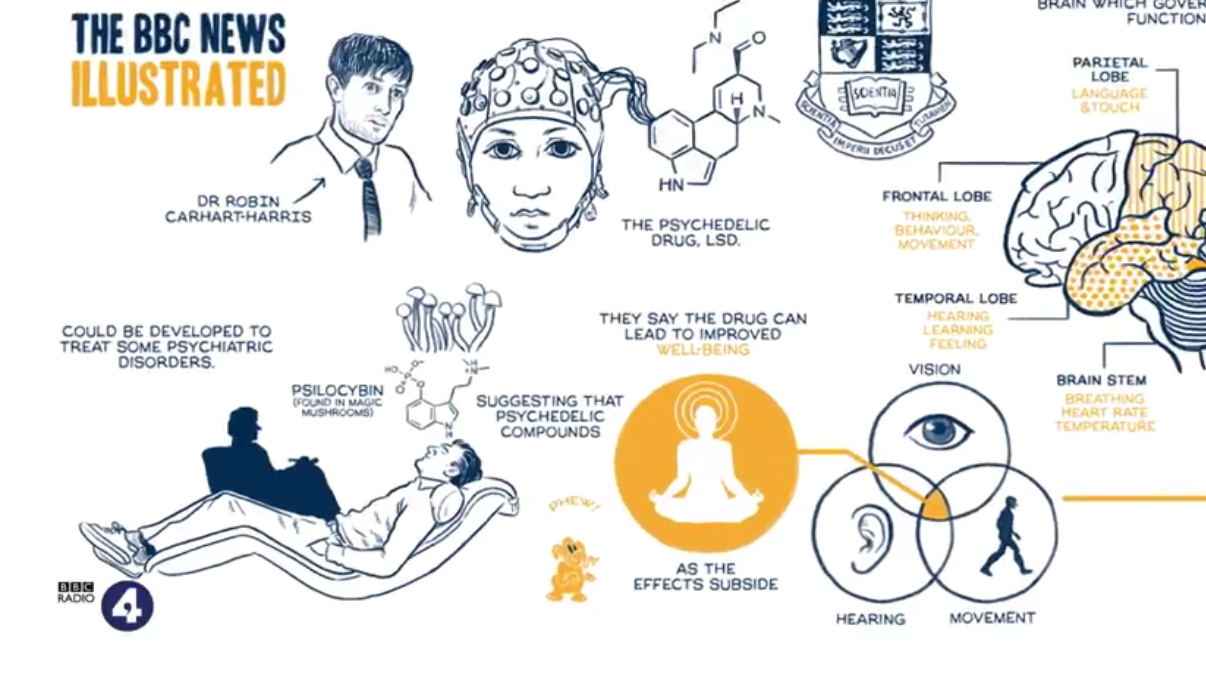 We have already seen some people use "designer drugs" such as to aid mental performance, now we may see a wave of medical research activity examining how LSD and other substances can help tackle some of the most common mental health problems including drug addiction itself.

First images of the brain on LSD

The Beckley/Imperial Research Programme has released the world’s first images of the human brain on LSD. Amanda Feilding and David Nutt, the co-directors of the Programme, hosted a symposium on Wednesday 13 April in celebration of this unprecedented scientific achievement. The images are part of the first ever brain imaging study to examine the effects of LSD on the human brain. The findings have been published this week in the Proceedings of the National Academy of Sciences: “Neural Correlates of the LSD Experience Revealed by Multi-Modal Neuroimaging by Carhart-Harris R, Feilding A, Nutt D et al,” representing the overturning of a 50-year ban on research into LSD.

These first findings from the Beckley/Imperial Research Programme give invaluable insight into how LSD may be used, firstly to help treat some of society’s most intractable illnesses, such as depression, addiction and OCD, and secondly, to further our understanding of the nature of consciousness itself.

The findings illustrate the principles of psychedelic action, i.e., the destabilisation and disintegration of normally well-organised independent brain networks, accompanied by reduced segregation between brain networks, resulting in much greater connectivity and communication between the different networks.

Altered activity and communication patterns involving high-level brain networks correlates with experiencing fundamental changes in consciousness, such as ego-dissolution, altered meaning and a more fluid state of consciousness. In addition, our results provide invaluable insight into how LSD changes how the visual system functions and gives a scientific basis for the common psychedelic experience of ‘seeing with the eyes shut’.

The BBC has done a brilliant job in summarising this development in both a motion infographic:

[If this doesn’t work on your device, click here.]

And a more traditional one: 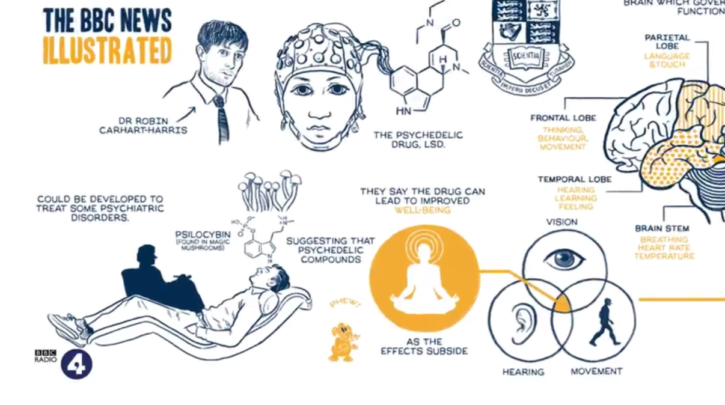 We have already seen some people use “designer drugs” such as to aid mental performance, now we may see a wave of medical research activity examining how LSD and other substances can help tackle some of the most common mental health problems including drug addiction itself.