Nathan Constable is an anonymous police Tweeter and blogger

I can’t remember the exact moment I decided that I was going to use Twitter. I had always been a fan of Facebook – at least I knew the people I was talking to there.

Facebook has now become a wallpaper of pictures of cats, appeals to join some cause or other and an endless stream of stupid “humorous postcards.”

If there was a “dislike” button I would be pressing it.

I used to be “read-only” with Twitter. I used it as a news feed until I learned about hashtags.

My interest ignited when the government reforms of policing started. I was looking to see what others thought, to hear other views and to gather information. Twitter didn’t disappoint on that front and it was at this point that I started blogging.

I had previously written some articles for an online magazine and had decided on the pseudonym “Nathan Constable” for that.

It hinted at my police background even though I wasn’t writing about policing. I chose to stick with it and as I was hiding behind a mask I chose the Darth Vader Avi as he is my favourite masked character. 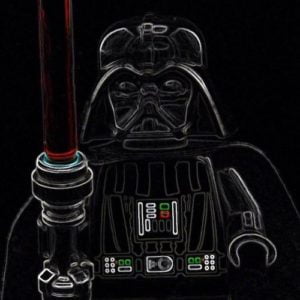 My first forays into blogging were too political. I tried not to be controversial or cross the line but that became harder and harder. Those blogs have been taken down, never to see the light of day again.

What I was getting out of tweeting at that point was conversation. I didn’t have hundreds of followers but had already started to make some friends.

At the time of the police protest march in London I was starting to find my voice. Desperately trying to express an opinion without getting myself in trouble.

I think I managed it. Just.

Two things happened then. I discovered the tweets and blogs of @mentalhealthcop which hit me like a lightening bolt and then came the tragic murders of Fiona and Nicola in Manchester.

In the blogs of @mentalhealthcop I found someone who thought a lot like me and who shared my interest in this aspect of policing. It was something I wanted to talk about as well.

With Manchester I joined forces with @constablechaos and @TheCustodySgt (read the latter’s post in this series)  in trying to do something – anything – to help.

#coverforGMP was born and standing on the streets of Manchester was one of the most powerful and emotional days of my life.

[#coverforGMP was a social media campaign that resulted in hundreds of police going to Manchester to show solidarity and respect at the funerals of Fiona Bone and Nicola Hughes who were killed while doing their duty.]

In such terrible circumstances Twitter had been a force for good.

Then came another interesting debate.

The whole issue of anonymity versus official accounts.

I have been unlucky to work in a force which has not fully embraced social media.

This led to some very interesting discussions and debates with many people within the then NPIA about how we could try and get consistency across the country.

I am an expert in none of these things – just someone with an operational interest and personal experience.

As an anonymous blogger I “can” touch on subjects which official accounts can’t but I am very much aware that it is not a licence to say what I like.

I try to be honest and detailed. I try to explain and influence with words.

Over the course of time my number of followers has increased to nearly 1,500. I find that amazing that so many people have even a passing interest in what I have to say.

Twitter has also provided me with friendships. I have met only a handful of followers in person but I have developed some very meaningful relationships along the way.

The most frustrating thing for me is that I have reached a point where there is growing interest in what I write but my anonymity prevents me from taking on the offers I am getting.

They have all been legitimate offers either from organisations or journalists interested in working with me for good – there would be no conflict of interest – but I have declined all offers bar one.

The time is nearing where Nathan may have to drop the mask and step into the open. I am working towards that goal step by step.

I tweet because I have found it to be cathartic (it has also nearly broken me and I have had to step away a couple of times.)

I tweet because it allows me a voice – if other people want to listen then I am flattered and humbled.

I have established a network of people who share my interests and from whom I can seek advice and counsel. This has been useful professionally and personally.

I tweet because I can see the potential social media has for policing and, in particular, how it can raise awareness and fire up discussion on issues.

It is an amazing community engagement tool in the right hands.

I am looking forward to the day when I can perhaps retire Nathan for ever and finally say the same things as myself.

This is the 43rd  post in the criminal justice/legal Why I tweet series. Read the others here.