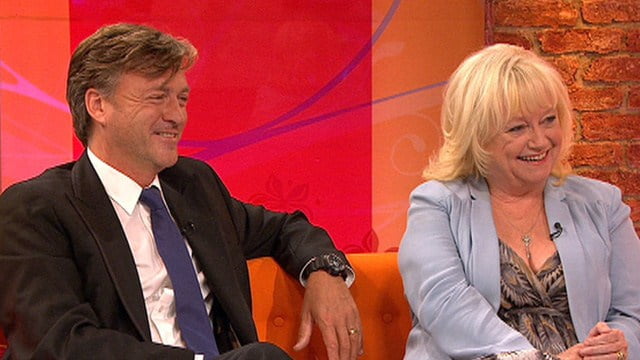 This was a blog I originally wrote a few months back, before I decided to turn off the @ZoeStaffsGMPT life support machine and take a break from official GMPT twittering. However, it’s been burning a hole in my Documents folder for a while now so rather than stick it in the bin, I thought I’d send it out there.

“….I have just got back from two days observing training for new and aspiring bunch of group workers in our probation trust, and it got me thinking.  My thoughts were also helped along by a fellow train traveller, who gave me the idea for this blog, and apart from being called Mr K, shall remain anonymous

Now, I don’t consider myself a group worker extraordinaire in any sense. Most of probation officer work is done very much on a one-to-one. Or sometimes, a zero-to-one when they don’t turn up and you talk to the wall instead.

However, during this training, I realised I had actually learnt a few things on my travels, since the dark old days of my first week as a green PSO when I was shoved into a room full of offenders, paralysed with fear, and told to talk to them about F.O.G. (Don’t worry: THEY didn’t understand what I was going on about either).

After that, I was in one of the last probation officer cohorts for which running a thinking skills group was part of our training. Sadly, soon after, the Powers That Be thought this was not as important as learning how to fill in a 75 page OASys risk assessment document on the computer, and people skills were rapidly replaced by IT skills (ho hum).

These motivational and tutor skills are often given in a rather abstract sense. You’re told to ‘develop discrepancy’ and ‘roll with resistance’. However, when you’re actually in the room what you really want to know is what should come out of your mouth, and what is the most comfortable position sitting in this chair that shows I am approachable; but does NOT show my knickers at the same time. The practical application of the theory. These are the real tips and tricks of the tutor:

Don’t pretend you’re superman. Don’t try to remember everyone’s names straight off the bat, or try to use one of those weird memory game techniques were you turn things you need to remember into a story. Otherwise, you may well remember some people’s names in the group, but you’ll inexplicably have a memory of “Susan” riding on the back of a donkey that looks like “Tom”, “Brian” falling off a wall into a “Nicola” basket, and “Colin” eating a “Trudy” sandwich.

I am a visual learner, hence I am terrible with names – but great with faces. So when starting a group, I draw a little picture depicting the chairs and tables, and write a seating plan, with people’s names (and, by the end of it, some little faces too). Just make sure they are NICE pictures.

I’ve had a few people come up and ask to look at them afterwards. *Awkward*

Skirts are fine for the dire school assembly briefings you have to do from time to time. But the group work I tended to do often involved getting down on the floor and potentially showing your bloomers. Better to stick to trousers I say, but if you insist on being a girly girl, at least make sure you have properly thick opaque tights fashioned from blackout curtain material underneath.

Also No Grey Marl EVER. I mean it. Not even if it’s a real pretty top. Being an enthusiastic tutor will often involve waving your arms around a lot – and grey marl shows sweat. Very Rocky III. Not good.  Not good at ALL.

Yeah But No But

One motivational skill we learn is to ‘Avoid Argument’. But sometimes it’s actually quite difficult to know you’re in an argument, when you’re the one participating in it. You may think you are having a healthy informative debate, imparting knowledge to an eager crowd, but on the outside it looks like a scrap.

My advice is to listen out for Little Britain’s “Vicky” Pollard. If every sentence you say or they say starts to begin with a “yeah but” then you are in an argument. STOP and change topic.

Columbo does two things. First, he pretends he’s stupid. Second he always forgets things. And yet, this man is a GENIUS. “Doing a Columbo” does not mean turning up in a grubby mac and talking about your wife’s dog. It’s my way of remembering how to “Develop Discrepancy”. This is when you hold two things up (figuratively) that don’t quite match, and ask the other person how they would reconcile them.

E.g. (said in Columbo accent) “So….you say you love your wife dearly, sir…..and I found this voodoo doll you’d made of her hidden in your trunk? How does that fit together?”

E.g. “You want to make a better life for your kids….and you smoke heroin every day. How do these things fit together?”

E.g.  “You say you rob people totally impulsively……and you like to carry a balaclava, a samurai sword, and tickets to the Costa Del Sol in your car. Tell me…..what am I thinking?….”

Chances are they DON’T fit together. But you don’t say that. You let the person you’re talking to try to fit them and, hopefully, realise that something’s got to give.

The second “Doing a Columbo” involves waiting until someone’s nearly out the door, thinking they’ve got away with it, and saying “…just ONE more thing…..” and giving your killer one liner of information that shows you’re on to them.

But I am a rambler at heart and can’t be trusted to deliver just ONE line and move on. I’d keep them there for another 30 minutes rambling “ooh, and I’ve just remembered something else….oooh and it sort of means that, doesn’t it….what do you think?…… where are you GOING?”

Do a Richard & Judy

Finally, there’s this thing called “Pro Social Modelling”. It’s basically getting people to behave better, by behaving better yourself. But again, people get the concept, but how to actually demonstrate it can elude us. So whenever I think pro social modelling, I think of Richard and Judy. Laugh all you like, but Mr and Mrs Madeley are the tangible manifestation of the art, and I’ll tell you why:

Before passing over to a new item, The Madeleys introduce the other, with respect, and thank each other. They don’t talk over each other (well, OK, Richard does) and there’s a respect shown. This  is especially important for us if a male & female probation officer are co-working a domestic violence case, say, but equally important when running a group.

Whatever you think of what people have done, see them positively and humanely. I am sure The Madeleys have interviewed many people they secretly cannot STAND. But yet they keep it totally hidden. OK, Judy sneers a bit, but it’s imperceptible to the naked eye.

Roll up your sleeves

Finally, if you’re asking someone to do something, especially if it’s embarrassing like role play, or talking about their faults in front of others, be expected to do it yourself. Even doing it wrong can show it’s OK to make mistakes and apologise afterwards, and that’s a powerful thing to model to others.

Richard liked nothing more than getting in on the act when Dr Chris was doing a testicular cancer screening piece, for example. And Judy even got her boobs out once. That woman is dedicated.

You can read other posts by Zoe about her life and learning as a probation officer here.