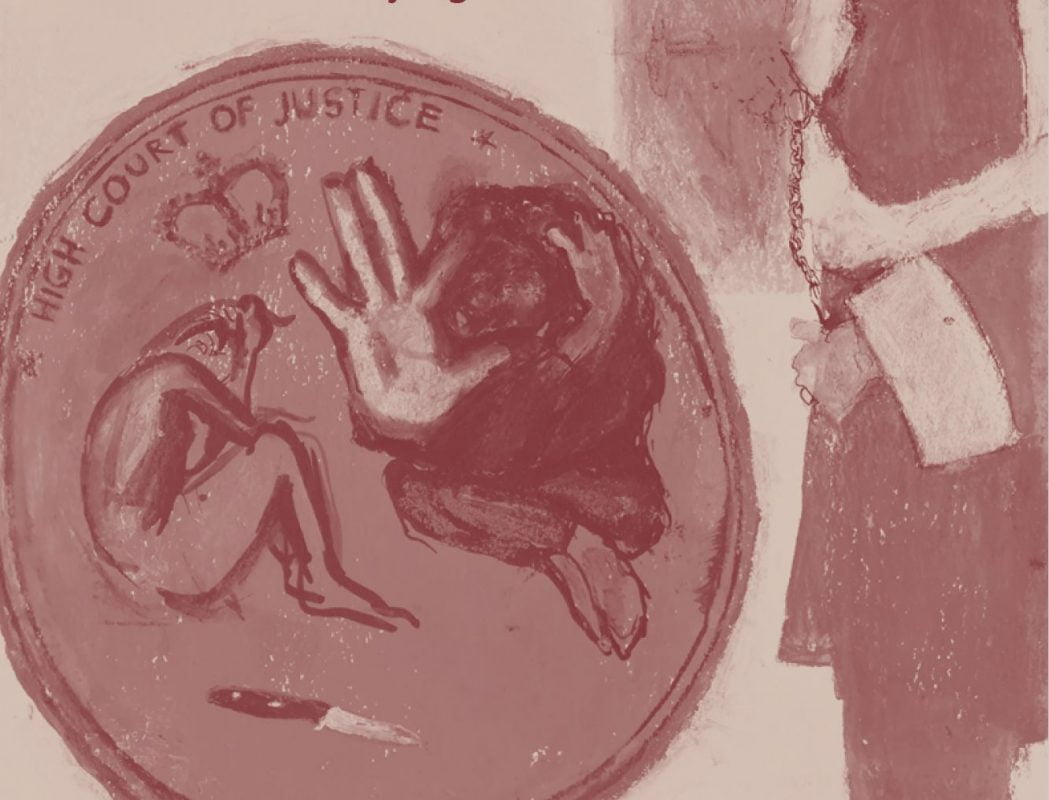 How the state criminalises women who we might otherwise be burying

Justice for women who kill

A new (16 February 2021) report by the Centre for Women’s Justice (CWJ) and Justice for Women, explores what happens to women who kill the men who have been abusing them. The report is the result of a four year research project and examines 92 cases.   Evidence showed that in at least 71 of these cases, the defendant had experienced violence or abuse at the hands of the deceased. Only six of these women were acquitted on self-defence grounds, the rest convicted of either murder (43%), or manslaughter (46%).

The findings of this research make clear that both the law itself and the way in which it is applied in England and Wales create barriers to achieving a just outcome in criminal proceedings against women who have killed their abusers.

Lack of protection from abuse

Most of the women in this study had struggled to get protection from their abusers. Some had not reported the abuse for fear of reprisals, commonly women only reported a small proportion of the times they were assaulted or abused. When legal measures such as injunctions were put in place, they were frequently not enforced. The research found that it is often after being subjected to prolonged and increasing coercive control, that women are driven to kill the perpetrator rather than be killed by him.

Women who have killed their abuser are likely to be traumatised when they first engage with criminal justice agencies.
At this critical moment in proceedings, sensitivity and skilled responses are needed from the police and initial legal
representatives to allow women to make key decisions which will have significant consequences for their case – such as
their choice of legal representative and whether to speak in interview. Women often received non-specialist legal advice
and were later unable to change. The research also found examples of the Crown Prosecution Service pursuing murder charges inappropriately, and refusing plea bargains from women.

The research found that lawyers’ understanding of violence against women and girls is critical if they are to provide good legal representation and identify the appropriate defence/s for women in these cases. An understanding of coercive control was found to be particularly important, as this allows a woman and her lawyer to identify patterns of behaviour and situate her experience of abuse as a form of entrapment.

Doing this takes time, skills and resources, which are often lacking (for example, because of legal aid funding constraints). One of the reasons a relationship of trust between a woman and her lawyer is so important in
these cases is because it helps her to disclose the abuse she has experienced at an early stage, which is critical to the outcome of her case. The research found that late disclosure of abuse is common, with some women failing to disclose until after they had been convicted. This was particularly apparent in cases of coercive control. 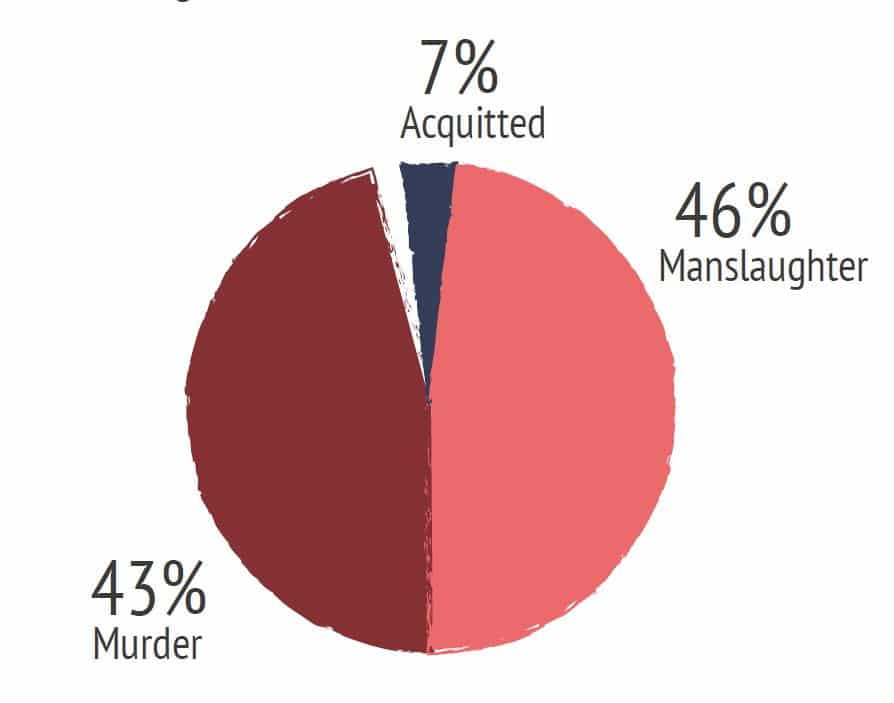 The research found that memory issues are common in these cases. This is often a response to trauma that preceded the killing, or to the killing itself. However the issue is not well understood, and may be interpreted by the prosecution and the judiciary as malingering. Historic violence is often presented as equal in the relationship – that ‘she gave as good as she got’ – failing to recognise the complex dynamics of domestic abuse.

Women who used substances found it difficult to engage in the trial process, further impeding their defence. Women
who were intoxicated at the time of the killing could not recall what had happened – in some cases, this led to their giving inconsistent or implausible accounts of the incident in question. This resulted in further complications in the use of partial defences, when the effect of substance use must be considered separately to any mental health issues.

The research found that the use of psychiatrists and psychologists can be problematic when there is a hierarchy of experts, when experts disagree or appear biased, and when experts are not trained in issues around violence against women and girls (VAWG). There is an over-reliance on medical experts and a reluctance to use others, such as VAWG experts and cultural experts, which would be beneficial in these cases, allowing the court to take full account of the circumstances surrounding the offence and achieve a just outcome.

Once women are convicted, the chance of a successful appeal is extremely slim. The majority of women interviewed as part of the research either had no grounds for appeal, or had appealed and been refused. Many of the difficulties
women experience, such as poor legal representation, are not grounds for appeal.

Parole boards must consider the extent to which an offender takes full responsibility for their offence. This research found that this could be problematic for a woman who failed in her use of self-defence or provocation at trial, but who maintains that her culpability for the murder was reduced because of the circumstances of an abusive relationship.

The report concludes with a range of detailed and specific recommendations designed to tackle all the key issues highlighted in the research and summarised above.