Celebs do them, teenage girls do them, even educated fleas do them.

Selfies – digital self-portraits which are then posted online – are all over the internet.

This post gives a couple of examples of how self-obsession by criminals can cause more than social embarrassment. 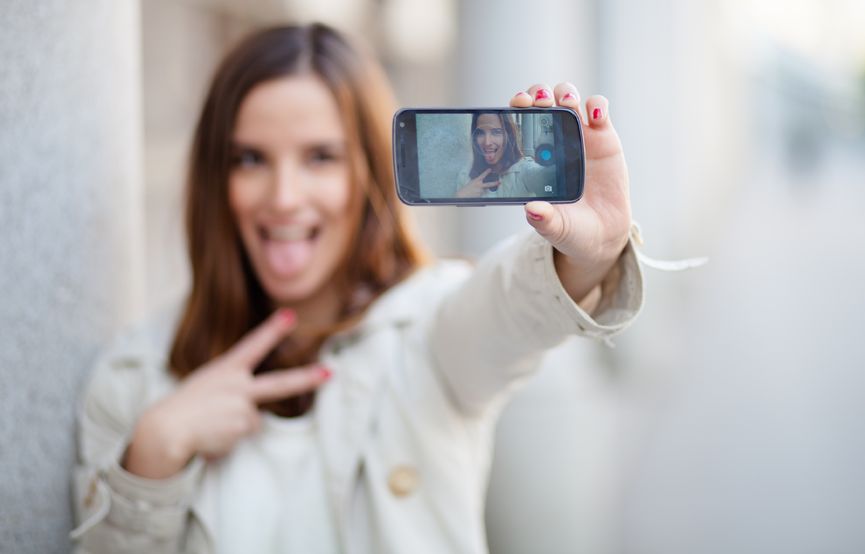 Online drug dealing is not as simple as it seems

Our first story concerns a young Canadian mechanic who has obviously read about the Silk Road and how easy it is to buy drugs online.

However, rather than worrying about bitcoins and Tor encryption, he went straight to Twitter requesting drug dealers to make a delivery to the garage where he was working – only to find that the local police were smart enough to be scanning local social media:

The police then went one stop further and re-tweeted the original to the garage owner:

Twitter of course found the whole thing hilarious. After more than 1300 re-tweets, the guy didn’t get his cannabis but is now the best-known pothead in town:

I’d like to thank my momma, my friends & the YRP, I’m FAMOUS RT @smoothcriminnal: @Sunith_DB8R LOOOL bro the feds making you famous LOL

The second story is closer to home and you may well have seen it already.

It features the two prisoners at HMP Rochester who used a mobile phone they shouldn’t have had to post a Facebook picture of their cell replete with TV, Sony PlayStation etc:

The photo made its way to the Daily Mail and Justice Secretary Chris Grayling demanded prompt action.

The pair have lost their privileges and are likely to incur extra days inside for illegal possession of the phone.

It’s obviously not just the US & UK National Security Services who keep on top of online communications.

Coppers and journalists are pretty good at it too.