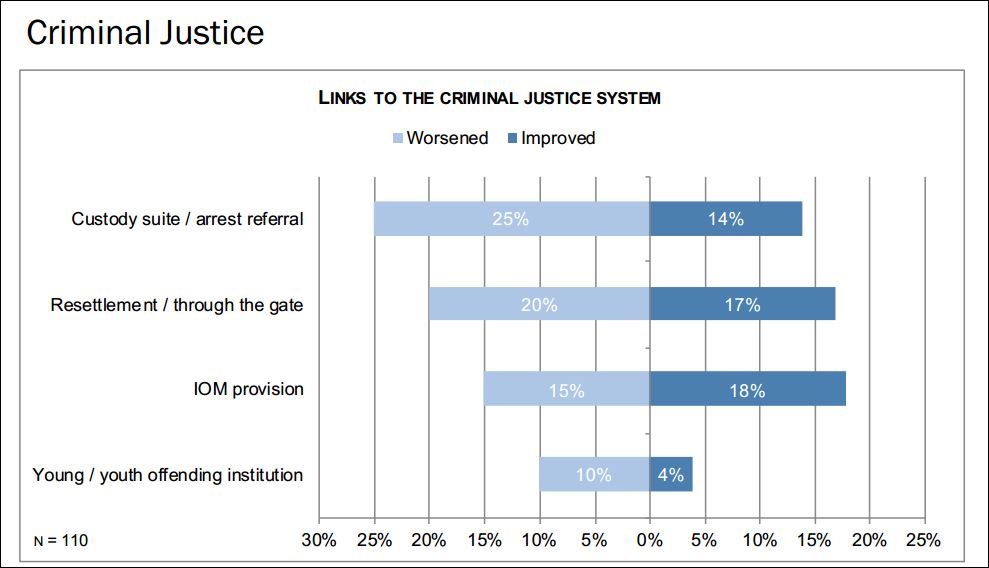 Drugscope's State of the Sector survey makes it very clear that a large proportion of dependent drug users with complex needs face a dramatic cutback in a wide range of services essential to promoting their recovery.

On 12 February 2015 DrugScope published its latest State of the Drug Treatment Sector report. Based on a survey of 189 treatment services, supplemented by a number of interviews with Chief Executives, the report focused on three key themes:

The report found that the substance misuse field is still addicted to recommissioning, despite the inevitable expense and disruption to services that this causes. 54% of community services had been through re-tendering or contract renegotiation in the year prior to the survey (up to September 2013) and one half (49%) were expecting to go through that process in the coming year.

Survey respondents noted that much  re-commissioning was driven by the desire to make economies of scale but that this resulted in a lack of diversity and choice for service users. Small and medium-sized organisations were felt to be particularly disadvantaged by the incessant recommissioning cycle.

It is clear that substance misuse services are no longer protected from the reduction in public sector spending. The survey found a strong consensus that the substance misuse field is likely to suffer substantial disinvestment between 2014 and 2016 with an average net reduction of 16.5% although the picture varies considerably from area to area with different survey respondents reporting substantial increases or decreases.

The graphic below shows this mixed picture with a worrying figure that 60% of community services are experiencing a decrease in funding: 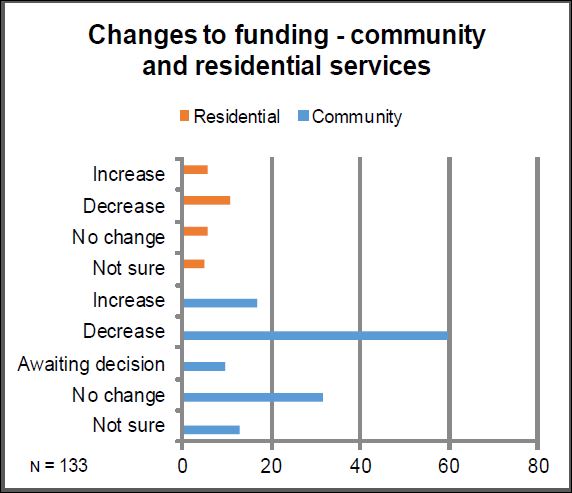 Of course, cuts in other services have also had significant impact on drug users in treatment. Access to mental health treatment and support has always been problematic for drug users but over one fifth respondents felt that access had worsened in the year prior to the survey: 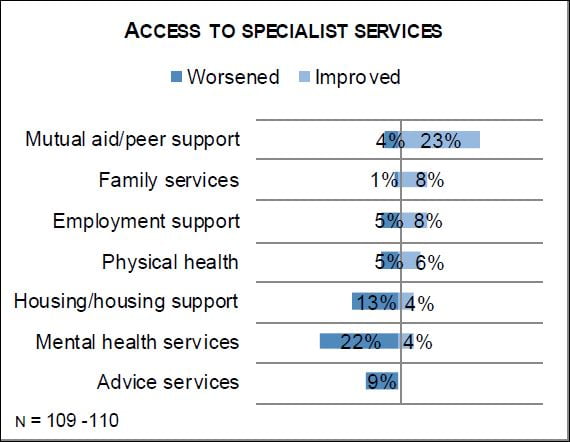 Respondents did acknowledge that the drug treatment sector has received substantial government funding over the last 15 years, but Drugscope’s State of the Sector survey makes it very clear that this period is well and truly over and that a large proportion of dependent drug users with complex needs face a dramatic cutback in a wide range of services essential to promoting their recovery.