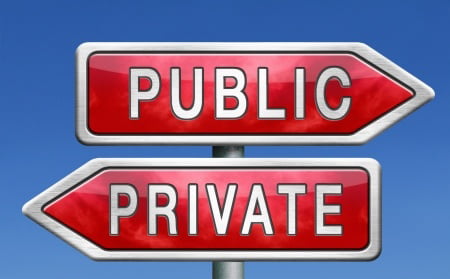 Once Michael Gove publishes more details of the nine new prisons he intends to build and we know for sure that they will be PFI, we can start testing out the Chancellor's claim that the prison estate will be £80 million a year cheaper to run.

Given the recent announcement that the government plans to build nine new prisons and the presumption that these will be privately built and run, I thought it was timely to re-visit the discussion of how the costs of publicly- and privately-run prisons compare.

The last Justice Secretary, Chris Grayling, talked regularly about how much cheaper private prisons are. This appears to be a commonly held view, with most commentators attributing it to a range of reasons:

On 29 October 2015, the MoJ published the latest costs per place and costs per prisoner for 2014-15 in the NOMS Annual Report and Accounts (management information addendum).

The MoJ makes it clear that public sector & private sector costs are not directly comparable because of “differences in accounting treatment and scope of service”. In practice, this is because of two main factors:

Once you factor in healthcare costs, it’s probably fair to say that private sector prisons are slightly cheaper, although nowhere near as much as politicians would have us believe.

Perhaps even more interesting is the different costs per prisoner between various private prisons. Again, here’s the official data:

The largest PFI male local prison, Forest Bank (Sodexo) does have the cheapest cost per prisoner at £30,283. However, the second largest, Altcourse (G4S) has the dearest at £44,746 – 48% dearer. Both prison contracts started over 15 years ago.

The cost per prisoner place in the three Category B male PFI prisons (again, all these contracts have been running since the mid-late 1990s) varies between £32,037 (Lowdham Grange, run by Serco) and £36,757 (Dovegate, also a Serco prison). Both prisons were the object of unannounced inspections this year and both were found to have worryingly high levels of violence.

Again, the cost per prisoner in the similarly sized male Category C prisons which are run privately (but were not PFI new builds) varied hugely from £18,910 at Oakwood (operated by G4S) to £28,017 at Northumberland (operated by Sodexo).

Another interesting fact to be found in the “supplementary data” section of the NOMS accounts is the very large proportion of overall prison costs incurred by NOMS itself – “HQ overheads” are listed as £357.8 million (13%) of the total budget and “Regional overheads” as £89.3m (a further 3%).

Justice Secretary says autonomy for prison governors is critical to successful penal reform and that he has no plans for privatisation.

The latest on prison reforms

Summary of Michael Gove’s appearance before the House of Commons Justice Committee setting out his plans for penal reform.