Click to Subscribe
The experience of being a victim at Magistrates’ court
Magistrates Association report finds victims dissatisfied with their experience of attending court.

A new report from the Magistrates Association explores the experiences of victims when attending court.

Based on a roundtable discussion with 20 victims’ organisations, the report, by Jo Easton and Jude Zendle, highlights many areas of dissatisfaction, the principal areas are summarised below.

The report found that no one explained to victims what the process of attending court would be like, and what they could expect on the day. Victims were often not given details on the court process and did not have anyone they could ask.
It was clear that even when victims were proactive in trying to find out about the process of attending court, it could still be challenging to get information. Information on the internet was not always reliable, and victims were left with either no or confusing details. Some organisations drew attention to the difficulty of reaching the court by telephone prior to the court date, which meant that even practical questions such as which entrance should they use remained unanswered. Not only did this mean victims’ questions were not being answered, but it also left them feeling very stressed and worried about attending court.

Information about a victim’s own case was equally hard to access.  This covered everything from a lack of regular updates about how a case was progressing to the outcomes of specific decisions around bail, expected pleas or what (if any) assessment had been done about ongoing risk to the victim.

Some of the most worrying examples related to situations where victims were not given prior warning of when defendants had been contacted by police or would be receiving a summons, which left them in a vulnerable position if they were either still in contact with the defendant or knew them. The point at which the defendant was first told of an ongoing investigation, or the fact that they were going to be charged would obviously be a point at which they may blame the victim for contacting the police, particularly in cases of domestic abuse, and therefore a time of increased risk for the victim.

Another important issue that was raised related to victims expectations being managed through having a  good understanding of not just what was going to happen during the process, but also what the likely outcomes might be when the case concluded. Some organisations noted that victims might have unrealistic expectations of  what punishment was available to the court, or what protective orders could be used following a conviction.

For many victims, after an initial interview and giving a victim personal statement, they have no further involvement in the process unless they are asked to give evidence at court. This will mean their evidence is being challenged by the defendant, so just the knowledge that you are going to have to give evidence is very stressful and upsetting for victims. However, organisations made it clear that there were additional challenges faced by victims that made their participation unnecessarily challenging.

There were a number of issues raised that related to victims attending court to give evidence. These included difficulties getting to court, problems with delays on the day and victims not having a safe space in which to wait before giving evidence.

One of the main concerns raised by organisations related to the lack of support available for victims; both in terms
of overall support and the specific support needed during the court process. A particular concern was that where support was available, front line staff did not necessarily have detailed understanding about the court process, so could not help victims in terms of letting them know what to expect.

It emerged that the court’s Witness Service did not necessarily liaise with other support workers who may already be working with victims. This left victims feeling very confused about who to go to for information, or who to contact if they have questions in relation to the case and attending court.

Some organisations said that it was common for victims to have ongoing concerns about their safety once the
court process had concluded especially in relation to domestic violence cases. It was felt that courts were not
always using existing powers to protect victims. It was felt  that courts did not use protective measures
(including Restraining Orders) sufficiently, if the offender was not imprisoned.

Again the issue of victims not fully understanding the protection offered was raised, where it was not properly explained that if an offender breached conditions of a sentence, there could be consequent punishment imposed but there would not necessarily be an immediate response by police.

Catch 22 has had to get creative to support child victims of crime through the coronavirus pandemic.

What’s in the new victims strategy? 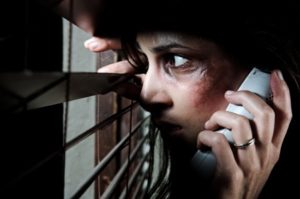