This is a guest post from Langley House Trust which provides resettlement services for ex-offenders.

Changes to Housing Benefit will wipe out 41% of supported housing

One of the most worrying proposals in the Autumn Statement and Welfare Reform and Work Bill is to change how Housing Benefit is funded. If the proposals go ahead, they will wipe out 41% of supported housing (including 82,000 specialist homes). This won’t just affect offenders who need to be re-housed after prison – it will also affect victims of domestic violence, the elderly, veterans, people with dementia and other vulnerable adults.

The Ministry of Justice (MoJ) could find that many of the supported housing providers they rely on to provide accommodation for people leaving prison disappear. And soon. The legislation is due to come into effect as of April 2016 and will be fully implemented in April 2018.

This is of grave concern. It has the potential to undo the millions of pounds invested in Transforming Rehabilitation. What kind of ‘rehabilitation revolution’ can there be if offenders can no longer be housed after release?

Where will offenders be housed?

The MoJ’s colleagues in the Department of Work and Pensions undoubtedly did not intend for this to be a result of the Bill. But this is the stark reality that the MoJ faces if current exemptions for supported housing providers are removed.

Most people would agree that rehabilitation doesn’t work if someone hasn’t got a stable home. Trying to address issues that contribute to crime such as addictions and mental health whilst someone is rough sleeping or sofa surfing is nonsensical. If almost half of supported housing goes, the ‘alternatives’ for offenders to be re-housed after prison are:

Rather than breaking the cycle of crime, it now seems firmly intact. And this is incredibly sad given the reforms of recent months and years. 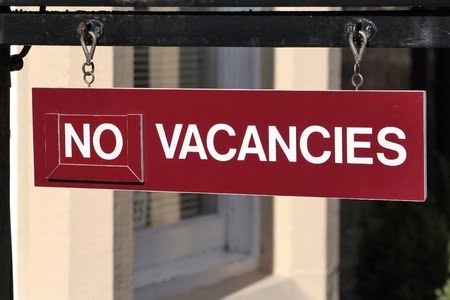 Economically, the ‘benefits’ of the Bill don’t stack up against the cost of the impact to society if most offenders can no longer be housed. Homelessness increases the risk of crime – meaning more victims, more costly prison placements and even fewer resources to help with the ‘rehabilitation revolution’. This cannot seriously be part of the ‘better Britain’ that David Cameron has aspired to build in his time as Prime Minister.

There are some glimmers of hope. The Government has put a 1% rent reduction for supported housing providers on hold for a year whilst the impact of the Bill is considered. Lord Freud is chairing a review of the impact – with the results due to be published in March 2016. Only time will tell what direction the Government will go.

The impact on housing providers

As an offender rehabilitation charity, the Langley House Trust has been looking at the impact on our services.

72% of our bed spaces would be affected.

Offenders who would normally be released into our supported housing projects would no longer have that option. That includes men and women with mental health issues, addictions, personality disorders and those who have experienced family breakdown. They are often the people who find it impossible to ‘do’ normal life by themselves when they first come out of prison. They need guidance, support and direction to help them settle into their communities, overcome the issues that led them into crime and build a new future.

People like Ann, who struggled with alcoholism for years, who was estranged from her family and who couldn’t read, despite being in her 40s. Or people like Andy, who had run away from home at 16 after being physically abused by his father and ended up on a crime spree to feed a spiralling drugs and alcohol habit. These are the people who would be expected to live in general needs housing, successfully, by themselves, without additional support because there would no longer be the funding available for that to happen.

Our approach works. Ann and Andy are both successfully resettled in the community, addiction-free and crime-free. We have just a 2.6% reconviction rate whilst people are in our housing and our long-term results have been validated by the MoJ’s Justice Data Lab. There are many other charities and housing associations like ours who are achieving great results and reducing reoffending.

It is vital that the Government realises the benefit of supported housing – rather than seeing it as a burden – and does all it can to protect it. It makes economic sense. It is morally correct. And it will ensure that Mr Cameron and his government build the ‘better Britain’ they aspire to rather than pull the plug on the whole thing.

Help stop 82,000 specialist homes being closed for the most vulnerable – visit www.langleyhousetrust.org to find out more and take action.

First day out of prison

Community Chaplaincy Norfolk share a story of meeting a person as they are released from prison.