The hidden hurt of violence against women 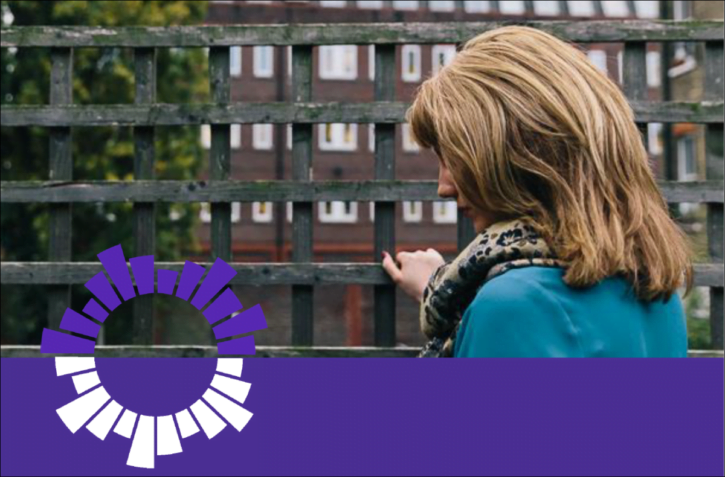 Hidden Hurt: Violence, abuse and disadvantage in the lives of women is based on analysis of the Adult Psychiatric Morbidity Survey, the report provides evidence that women who experience the most extensive abuse and violence as both adults and children, are more likely to experience other adverse circumstances in their lives including poor physical and mental health, disability, poverty, and homelessness.

The report, which was produced for Agenda (Alliance for women and girls at risk) provides disturbing evidence of the experience of violence and abuse of these 1.2 million English women.

These million women have been sexually abused in childhood or severely beaten by a parent or carer, many have been raped as adults and suffered severe abuse from a partner including being choked, strangled or threatened with a weapon.

There are two groups of people who have experienced the most extensive violence and abuse. One group is made up of those who have been sexually and physically abused both as children and as adults, the other is those who have suffered extensive physical violence and coercive control by a partner. At least 80% of both of these groups are women.

The graphic below presents details: 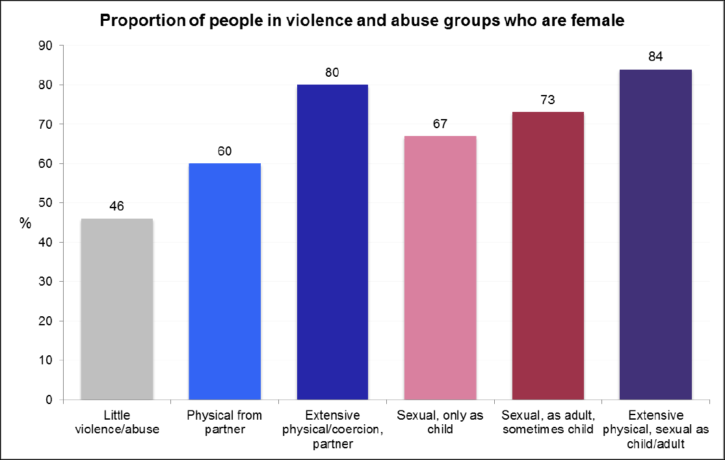 Mental health and experience of violence and abuse

Women in the overall population have higher rates of depression and anxiety disorders than men. The report suggests that women’s greater exposure to violence and abuse may go some way to explaining their higher rate of mental illness.

About three quarters of the population have little experience of violence and abuse. Among this group, levels of common mental disorder (CMD) are quite similar for women (13%) and men (10%).

However, when those with experience of violence and abuse are included, this picture changes with CMD being much more common among women (20%) than men (12%) across the population. Over half (54%) of women in the extensive physical and sexual violence group – and a third (36%) of women in the extensive physical violence group – meet the diagnostic criteria for at least one CMD.

Over a third (36%) of women in the extensive physical and sexual violence group have made a suicide attempt, and a fifth (22%) have self-harmed. One in ten (9%) have spent time on a mental health ward.

Despite all these indications of very high levels of mental ill health, three-quarters (75%) of women in the extensive physical and sexual violence were not receiving either medication or counselling for a mental health problem at the time of the survey.

The report goes on to discuss how women with extensive experience of physical and sexual violence are far more likely to experience disadvantage in many other areas of their lives, including disability and ill health, substance dependence, poverty and debt, poor living conditions, homelessness and discrimination.

Some key findings include:

It is well established that all sexual and physical abuse takes a significant toll on victim’s lives. What this report makes clear is that the greatest disadvantage is experienced by those who endure a range of types of extensive abuse across their life-course.

Many of the most negative outcomes that can result from abuse – and from attempts to escape it – increase the risk of further victimisation. For example, girls who run away from home and women who become homeless, misuse drugs or are exposed to criminality are highly likely to experience further violence in their lives.

In response to the findings in its report, Agenda recommends:

Girls in the criminal justice system face a cliff-edge as they turn 18 as many services change or drop off all at once and leave young women vulnerable at a critical time in their lives.