Click to Subscribe
How to end the IPP nightmare?
Chief Prison Inspector Peter Clarke draws attention to the unjust incarceration of people serving sentences of imprisonment for public protection

He added that significant failings in the prison, probation and parole systems have contributed to the high number of prisoners unable to secure release by showing their risk had reduced.

The report outlines the ongoing challenges of managing and progressing the large number of prisoners serving sentences of imprisonment for public protection (IPP) who remain in prison in England and Wales. The sentence was introduced in 2005 and was designed for those who had committed specified ‘serious violent or sexual offences’ and who were deemed to pose a ‘significant risk of serious harm’ in the future. Under the sentence, high-risk individuals would serve a minimum term in prison (their tariff), during which time they would undertake work to reduce the risk they posed. When sufficient risk reduction had been achieved, they would be released by the Parole Board.

If at the end of their tariff, their risk had not been reduced sufficiently, they would continue to be detained until they had satisfied the Parole Board that they could be safety managed in the community. Most tariffs were relatively short, with an average of three years and five months. The sentence was abolished in 2012. Between 2005 and 2012, a total of 8,711 sentences were issued by the courts. As of September 2016, 3,859 of those prisoners sentenced to an IPP were still in custody, and 87% or 3,200 of these prisoners were beyond their tariff expiry date. Over a third, 42% or 1,398 prisoners, are five or more years over tariff.

For a variety of reasons, many IPP sentence prisoners were unable to demonstrate a reduction in their risk that was sufficient for the Parole Board to direct their release. These included the prisoners not being given sufficient opportunity pre-tariff to access relevant courses, delays in them being transferred to other prisons to access programmes and inadequate support being provided to help them progress through the prison system in order to demonstrate a reduction in risk. 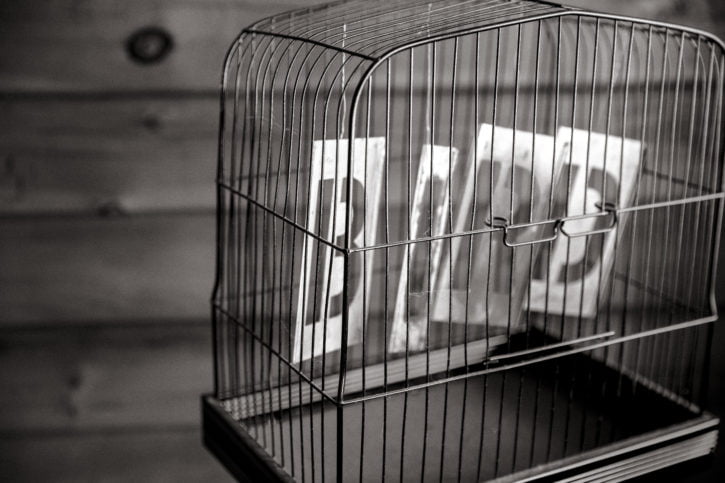 The Chief Inspector argues that decisive action must be taken by the Secretary of State for Justice to ensure adequate resources and timely support are available to work with IPP prisoners to reduce their risk of harm to others and to help them progress through the custodial system towards consideration for release by the Parole Board.

The review highlighted three reasons for this action:

As part of an evaluation I am currently conducting into a prison-based scheme, I have met many prisoners on IPP (several of whom had served three, five or even seven years past their initial tariffs of two-three years) and can totally concur that the impact on individuals who have, to all effects and purposes, served their sentences but don’t have any scheduled date of release is devastating.

The Chief Inspector concludes  with these words:

It is widely accepted that implementation of the sentence was flawed and that this has contributed to the large numbers who remain in prison with this sentence, often many years post-tariff. Some people with IPP sentences remain dangerous and need to be held in prison to protect the public.  Others, however, present much lower levels of risks but system failures have impeded their progress.

The problems with the legacy of the IPP sentence are well understood and there is an openness in government to find new and innovative solutions to the problem. The Justice Secretary needs to act quickly to ensure the consequences of mistakes made in the past do not continue to resonate for many years to come.

Inspectors’ analysis of children’s experiences of custody finds they vary considerably between YOIs and STCs.

Sentences of Imprisonment for Public Protection

The experiences of Black men in prison and Black prison staff

Inspectors find Offender Management in Custody (OMiC) is falling well short of expected standards and call for the model to be overhauled.

The Centre for Crime and Justice Studies calls for the “toxic” Imprisonment for Public Protection (IPP) sentence to be abolished as a matter of urgency.

The Justice Committee calls on the Government to re-sentence all prisoners subject to IPP sentences.