Alcohol-related conditions were wholly responsible for 307,710 hospital admissions in England in 2013/14.

That’s one of the findings from a new House of Commons Library briefing paper entitled “Statistics on Alcohol“, compiled by Rachael Harker. Below I highlight some of the key facts from the briefing.

Men are more likely to drink than women (64% of men and 53% women drank alcohol during the previous week). Men also drank more frequently than women. 14% of main competitor 8% of women drank at least five of the preceding seven days.

Alcohol consumption has levelled off

Following a declining trend between 2005 and 2012, the proportion of men and women drinking in the past week has remained stable over the past three years of available data.

Young people were less likely to have consumed alcohol; just under half (48%) of 16 to 24-year-olds reported drinking alcohol in the previous week, there were 66% of those aged 45 to 64. They also drank less frequently; 7% of men and 2% of women aged 16 to 24 had drunk on five or more days during the previous week compared with 27% of men and 14% of women aged 65 and over.

However, young people were more likely to exceed the daily benchmarks. Among 16 to 24-year-old drinkers, 17% consumed more than 14 units compared with 2% of those age 65 and over.

In terms of excessive drinking, the percentage of people drinking their weekly limit in one day was highest for Wales (14%) and Scotland (13%) and lowest for the East of England and the West Midlands (both at 6%.)

The 2014 rate of alcohol-related deaths amongst males was much higher in Scotland than in other countries of the UK: 31.2 deaths per 100,00 for males in Scotland compared with rates of 18.1 in England, 19.9 in Wales and 20.3 in Northern Ireland.

The causes of alcohol-related deaths

The table below shows the main causes of alcohol-related deaths in 2014:

The Statistics on Alcohol for 2020 showed there were 358,000 admissions to hospital last year primarily due to alcohol consumption a 6% jump on the previous year.

Which countries spend the most on beer?

Australians spend almost twice as much on beer per head as Brits. 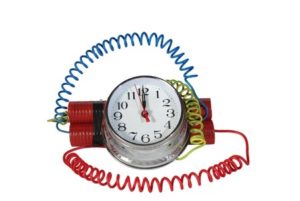 The 2015 statistics on Alcohol in England report a continuing reduction in our use and abuse of alcohol as a nation. However, it also makes very clear the unprecedented pressure that our over-use is putting on the health service with more and more hospital admissions linked to alcohol use and abuse.