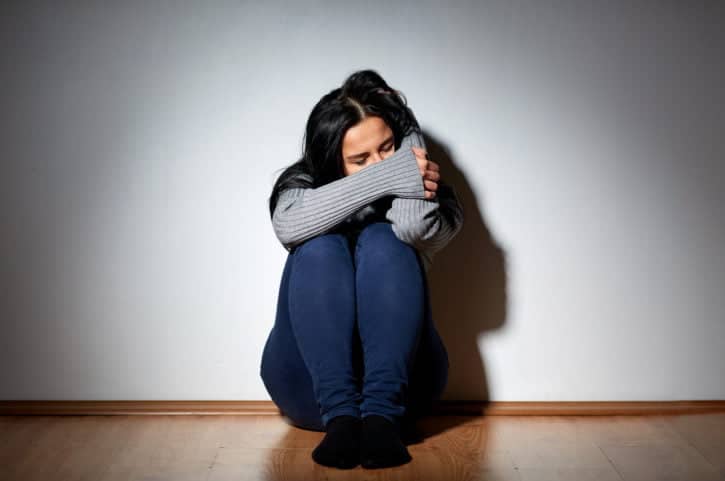 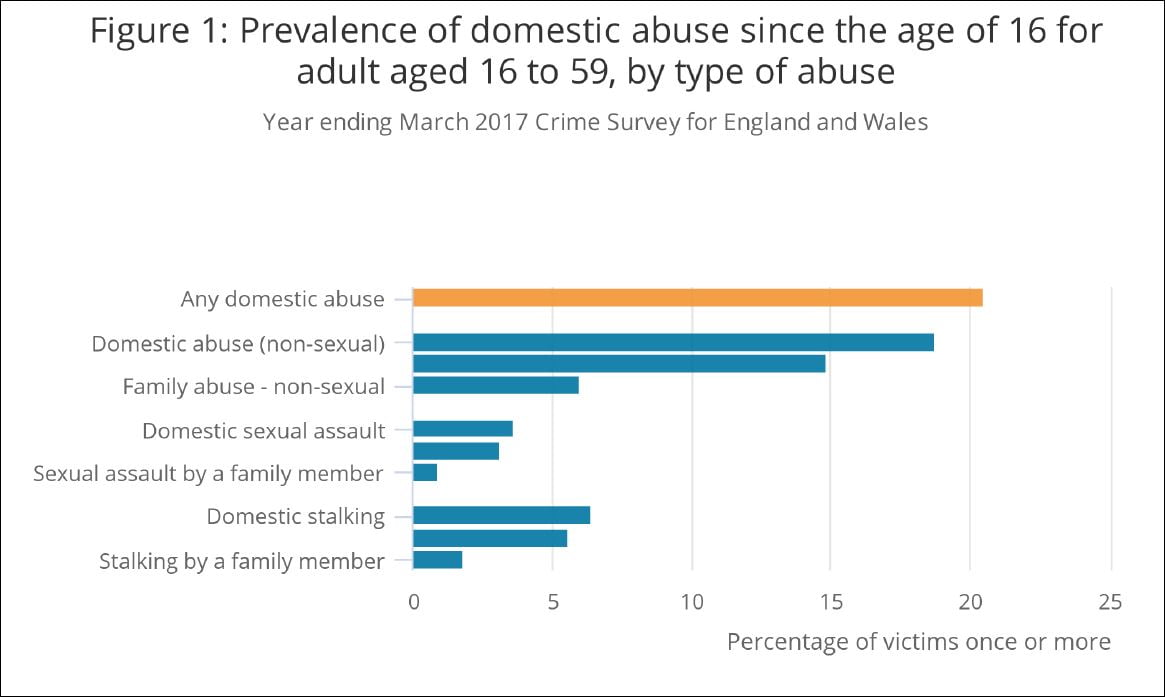 Domestic abuse in the CSEW combines the following different types of abuse:

The year ending March 2017 CSEW estimated that 5.9% of adults aged 16 to 59 had experienced domestic abuse in the last year, equivalent to 1.9 million victims. Every type of abuse was more likely to be perpetrated by a partner than another family member : 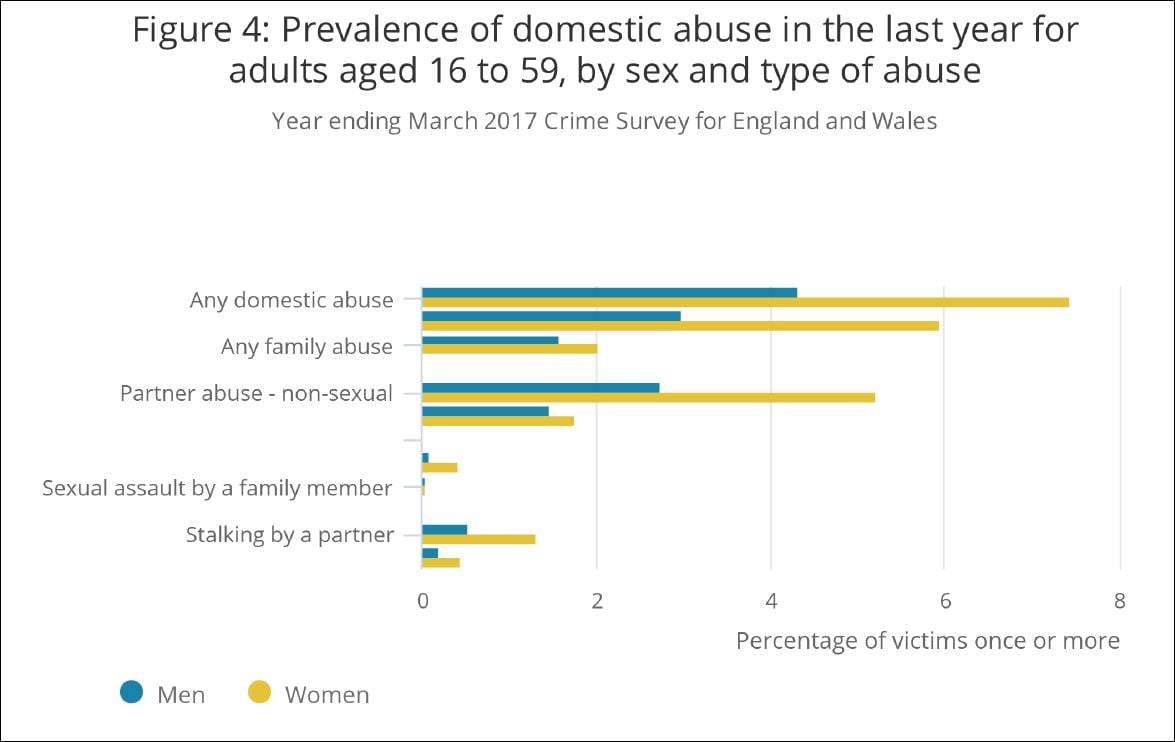 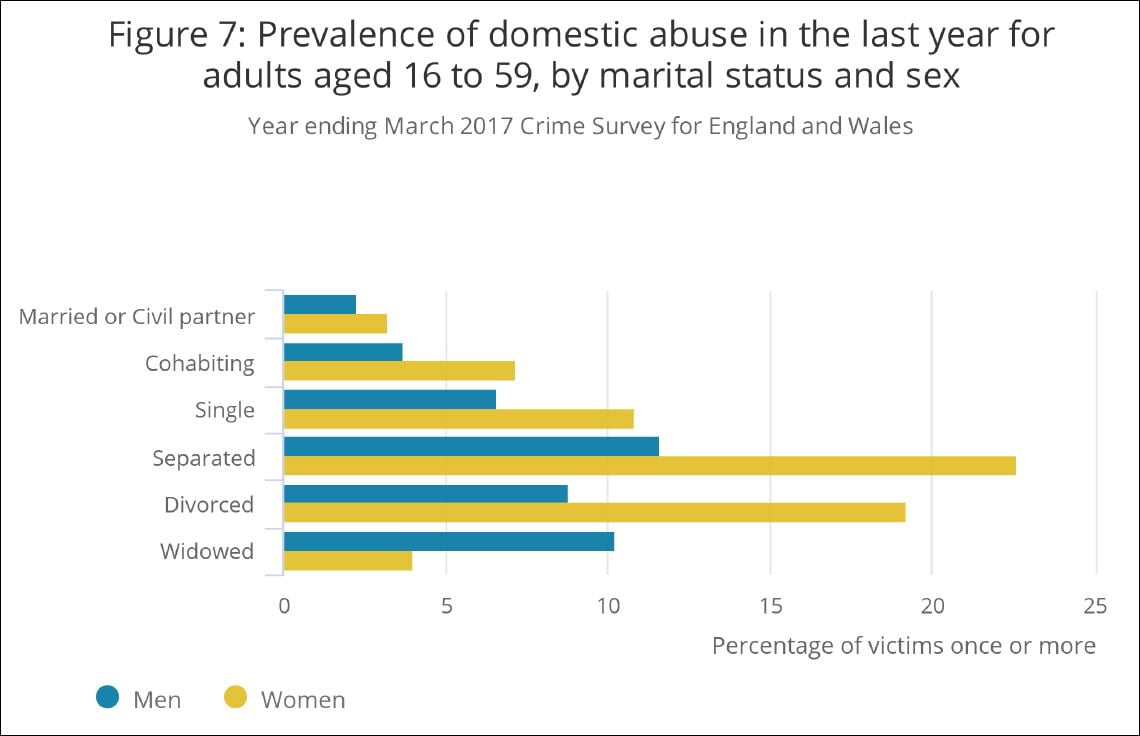 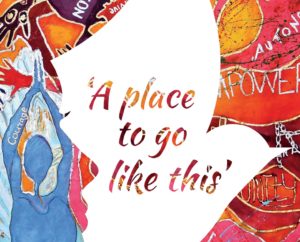 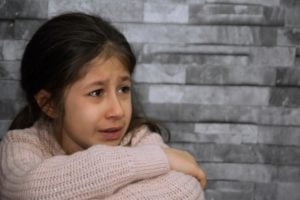 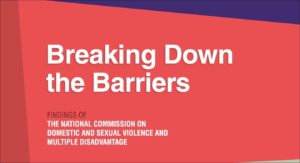 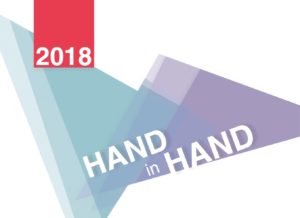 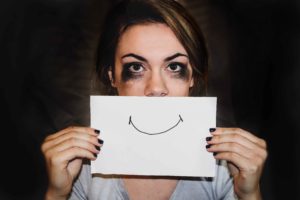