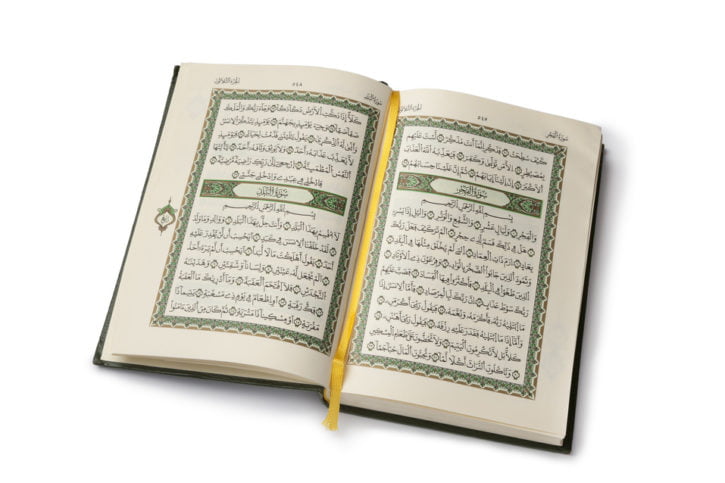 The impact of Islamophobia on criminal justice decision-making

As part of the follow-up to the Young Review, the Barrow Cadbury Trust commissioned Maslaha to undertake a scoping exercise to ascertain how criminal justice professionals can be more effective in responding to offending by young Muslim men who come into contact with the criminal justice system (CJS.)

The report has just (21 March 2016) been published by the Transitions2Adulthood Alliance. The report is based on interviews with a wide range of stakeholders (lawyers, police, probation, PCCs and voluntary sector providers) as well as discussion groups with young Muslims who have experience of the criminal justice system.

Muslims make up 4.4% of the population in England and Wales, but 13% of those in prison (though this includes both British and non-British
nationals and those adopting the faith in prison) and 22% in Young Offender Institutions (YOIs) who identify as Muslim. 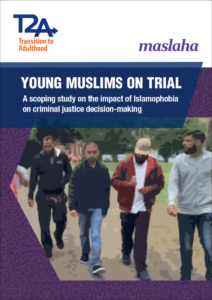 negative view of the religion among criminal justice professionals. The Young Review had already highlighted that while many Muslim ex-offenders and prisoners have identified Islam as a positive force for
change, authorities view it with suspicion.

Despite the fact that only 1% of Muslim prisoners are convicted for terrorist related offences the dominant attitude to Muslims by prison authorities is on their potential to become radicalised.

The often negative light in which Islam is viewed by authorities at different stages of the CJS, sits in stark contrast to how Muslim prisoners and ex-offenders perceive it, which is as a positive and supportive influence in coping with both prison and release and resettlement. The increase of Imams in the prison chaplaincy over the last decade was perceived as improving Muslim prisoners’ experiences and providing confidence in the outcome of prison procedures.

Failing to recognise and harness the potential of religion to contribute positively to the lives of young Muslims, is a missed opportunity on the part of authorities. How this prejudice, whether conscious or unconscious, plays out in criminal justice decision-making is the main focus of the report.

The authors report that all of their interviewees acknowledged the reality of the disproportionately negative experiences of young Muslim men at every level of the CJS. Many recognised that subconscious or otherwise, there is a problem with unconscious bias and stereotyping towards Muslim men on the part of criminal justice agencies. There is also a recognition that the different aspects of an individual’s life are not understood especially in the case of a young Muslim man. These will include the nature of family and community relations, mental health, culture and religion.

Changes in the criminal justice system

The authors found a broad consensus that the potential for developing effective solutions has been reduced by the recent fast pace of change within the CJS – often increasingly aimed at fast-tracking and streamlining services, in a way which does not take into account the broader context of individuals’
lives. Readers of this blog who work in either branch of the modern probation service are sure to recognise this factor. An example provided is that a growing proportion of court reports are now typically prepared the same day — Fast Delivery Reports — and often oral, rather than written.

Respondents said that saving resources has led to increasingly poorly thought through decisions and processes that impact disproportionately on groups with complex needs, such as young Muslim men.

A recurring theme in the report was the fact that young Muslims are less likely to plead guilty and therefore get longer sentences than others, who may have better legal representation and advice at hand; as one interviewee put it:

Typically people from minority communities are less trustful of public services – so they are less willing to engage and divulge information
during the report writing period. This impacts on their sentencing in that the content of their report will be more limited as there is less
supporting evidence.

The report’s overarching recommendation is:

For criminal justice professionals to have a broader and richer understanding of a young person’s life in order to issue the most appropriate sentence that will be of the most benefit to the individual and to society.

Four specific recommendations are also made:

The Sentencing Academy probes racial disparity in custodial sentencing over the last decade.