The changing face of UK people smuggling and asylum

A recent briefing from the National Crime Agency, reported by The Guardian, stated that due to the increasing security measures at ports, people smugglers have started to turn to new and more expensive methods of getting asylum seekers and illegal immigrants onto UK soil.

Some of those intent on coming to Britain are quoted five-figure sums to make the trip by air, while others are believed to have spent as much as £12,000 to travel from France in inflatable boats.

It also emerged that criminal networks are suspected to have started targeting quieter ports on the east and south coasts in addition to the key hotspot, Kent.

The NCA – the UK’s equivalent to the FBI – is running the largest dedicated operation against organised immigration crime in Europe.

Officers said the cost varies hugely depending on the service being sought from the gang.

Factors that affect the price include whether migrants want a staged or “end-to-end” trip, how much they can afford and the level of risk perceived by smugglers.

Someone wishing to travel from Iraq to the UK could pay just under £4,000 to go overland through Turkey and Europe, while the price jumps to more than £13,500 for a journey by air.

Prices can range from as little as just over £100 for a single, basic attempt to more than £6,000 for a journey in a “high-quality concealment”.

Intelligence suggests that some migrants have paid up to £12,000 for transport from Dunkirk to the UK in rigid hulled inflatable boats, the NCA said.

The increase in vigilance on the south coast of England has also pushed some further north, with smugglers known to have operated as far up the coast as Hull. Despite the increased challenges, asylum applications continue to rise, with 32,414 received in 2015.

The infographic below from Statista summarises the latest information: 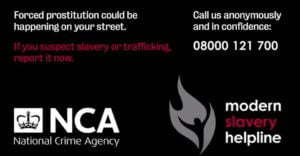 New campaign by the National Crime Agency recognises that modern slavery happens in every city in the UK. 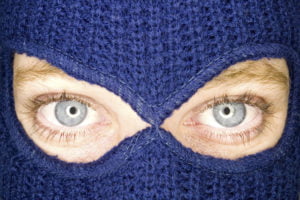 Crime accounts for 1.5% of world GDP

The UN Office on Drugs and Crime estimates that drug trafficking, counterfeiting and many other forms of illicit trade bring in an estimated $870 billion every year. 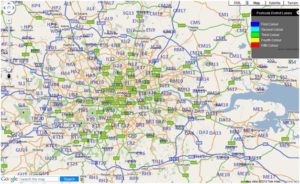 Rape prosecution is a postcode lottery

Alarming variation in rape prosecution rates across England and Wales.