Austerity is an opportunity to shrink the justice system 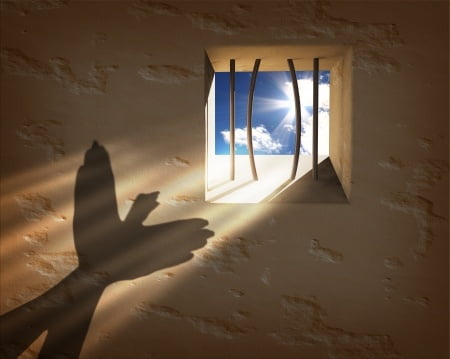 The upside of cuts

Most of the debate on the cuts to public finances has, of course, focused on the damage to services from reduced funding, lower staffing levels etc. However, the Howard League for Penal Reform has recently (7 September 2015) launched a campaign that argues that shrinking the criminal justice system would cut crime, save billions of pounds and bring benefits to all – if done in the right way.

The Chancellor of the Exchequer has asked departments whose budgets are not ring-fenced to submit plans to reduce spending by 25 and 40 per cent. In its official submission to the government’s Spending Review 2015, the charity has put forward policy plans that would cut the prison population by 25 and 40 per cent respectively – while arguing that the government should go even further and bring down prisoner numbers by more than 50 per cent.

The number of men, women and children in prisons in England and Wales has almost doubled in 25 years – from fewer than 45,000 in 1990 to more than 86,000 today. Reducing the prison population to its level under Thatcher would allow governors to improve prison conditions, which in July the Chief Inspector of Prisons described as being at their worst in a decade.

The Howard League sets out seven key policy initiatives which would limit the use of custody and help reduce reoffending.

The proposals are set out in full below:

Prohibit the use of short-term sentences (less than 12 months)

Short-term sentences are expensive and counterproductive, yet more than 57,000 people are sentenced to serve them each year. They are long enough to disrupt often already chaotic lives but too short to enable a person to begin to address the causes of their offending. A person with a job, home and family before they go into custody on a short sentence is unlikely to have them all on release. Unsurprisingly, reoffending among short-sentenced prisoners is very high, creating further victims. Ministry of Justice research has concluded that suspended sentences and community sentences are not only cheaper, but also result in less reoffending.

Limit the use of remand

On any one day more than 8,000 people in prison have not been found guilty of an offence. A further 3,500 are awaiting sentence. Whilst remand may be needed when a person appears to be a danger to public safety and a flight risk, it is used far too often, particularly for those charged with misdemeanours. Seventy per cent of people remanded in custody by magistrates do not go on to receive a custodial sentence.

The number of people in prison because they have been recalled to custody while serving their sentences in the community is 55 times greater than it was in 1993. Many people are recalled not for offences, but for technical breaches of their licence. Whilst these are not always trivial, they can almost always be dealt with in the community.

Use women’s centres in the community, not prisons

On any given day about 4,000 women are in prison, but only a very small number have committed serious violent offences and present a risk to the public. The overwhelming majority of women in prison have serious mental health problems and many are mothers, separated from their children. Women’s centres are proven to be much more effective than prison in helping women change their lives and reducing reoffending. Ensuring women’s centres are properly funded and closing women’s prisons would result in huge savings.

Improve the effectiveness of the parole system

There are more people serving life and indeterminate sentences in England and Wales than all of the other 46 countries in the Council of Europe combined. A large number of prisoners are serving more time in custody than intended because of delays in the parole system and a lack of access to work, education and courses that enable them to show they are ready for release.

Reduce the number of criminal offences

Between May 2010 and May 2014, 1,076 new criminal offences were created in England and Wales, about two-thirds of which carry potential prison sentences. The current habit of creating ever more offences and reasons to put people into the criminal justice system must be curbed.

Over the last 10 years the average length of a prison sentence in England and Wales has increased by 24 per cent. For some offences, such as fraud and criminal damage and arson, average sentence lengths have increased by more than 50 per cent, but this trend has had no impact on reoffending rates. Almost all other European countries have shorter average sentence lengths than England and Wales.

While these plans might seem overly idealistic at first glance, it should be remembered that the recent moves to reduce the US prison population have been driven by “hard line” Republicans who have based their arguments on economics and the ineffectiveness of imprisonment in tackling crime. Texas, the state with the reputation for being one of the very toughest on crime, has led the way.