The Criminal Justice Alliance has just (29 June 2017) published a briefing on the recent experience of young black, Asian and minority ethnic people (BAME) and stop and search.

No Respect is a digest of in-depth interviews with “dozens of young BAME men” and opinion polling of 500 individuals among the two million BAME young people aged 16-30 in England and Wales.

Quotes from interviewees about their experience of stop and search are interspersed in this blog post.

I call it “jump-out gang”. They just jump out on you. And it’s a gang of police and they’re jumping out on you, and they’re grabbing you up. Yeh, they’ll fling you about. (Tottenham, black, 18)

A History of Stop and Search

Stop and search has long proved a controversial power. It originated with the ‘sus’ law, introduced by the Vagrancy Act 1824, which furnished an officer with the power to stop and search an individual on the basis of his suspicion alone.

Lord Scarman’s acclaimed investigation into the 1981 Brixton riots specifically identified overuse of this historic power – particularly against ethnic minority communities – as playing a causal role in the breakdown of relations between the police and the communities they served.

The Scarman Report marked a step-change in the way policing and its effects on the community were understood. The Police and Criminal Evidence Act 1984 (PACE) subsequently created a new general power to stop and search an individual or vehicle. This remains the most commonly used authority under which stop and search is conducted, accounting for 99.7 per cent of all searches in 2015/16.

Crucially, the new powers under Section 1 of PACE were only to be exercised where an officer had reasonable suspicion that a person was in possession of prohibited articles. The Act’s accompanying Codes were changed in 1991 to include a requirement to record the ethnicity of the person being stopped and searched. Consequently, for the first time there was hard data on the exact extent to which stop and search was being deployed against people from ethnic minorities.

I got stopped and searched literally when I was about 16, and being thrown around by officers, and almost being goaded into a retaliation, I just remember bursting out crying, not knowing what to do, how to respond. (Manchester, black, 26)

The Criminal Justice and Public Order Act 1994 also introduced Section 60 which allows a senior police officer who reasonably believes people may be carrying weapons in a localised area or ‘that incidents involving serious violence may take place’ to authorise other officers to carry out searches in that area without any requirement for reasonable suspicion for a period of 24 hours.

Originally intended as a response to football hooliganism, Section 60 became synonymous with crackdowns on knife crime and anti-gang operations. It was often thus regarded as an almost exact revival of the type of indiscriminate stop and search – used disproportionately against black communities – that helped trigger the Brixton riots.

So now I’m thinking – now my heart is racing now, cause I don’t know what these guys want, it’s not the first time something like this has happened. (Tottenham, black, 18)

In 2014, Home Secretary Theresa May firmly criticised the negative effects of excessive use of stop and search and the government introduced a ‘Best Use of Stop and Search’ (BUSS) scheme.

By 2015, according to HMIC’s annual report on police legitimacy, just 11 of 43 police forces were complying with all five features of the BUSS scheme.

It’s needed in a way because there is actually people that would actually do, like, mad things. (Tottenham, black, 18)

In total, stop and search was used 380,000 times in the year ending March 2016, the latest full year for which figures are available. This marks a low point since a high of over 1.2 million in 2010/11 and, on the face of it, significant progress.

Recent years have also seen a small improvement in the arrest rate – a critical measure of the effectiveness of stop and search – from nine per cent in 2011/12 to 16 per cent in 2015/16. (These rates vary hugely across forces.) However, it remains the case that for the vast majority of people who are stopped and searched, they are not arrested.

It would be ridiculous to tell the police to not do stop and searches if they found something and that’s stopping something from happening. (Manchester, black, 20) 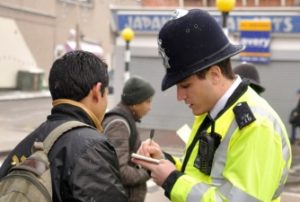 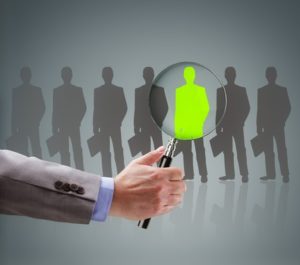 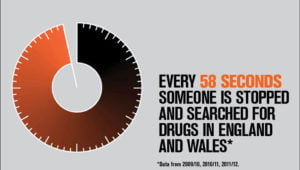