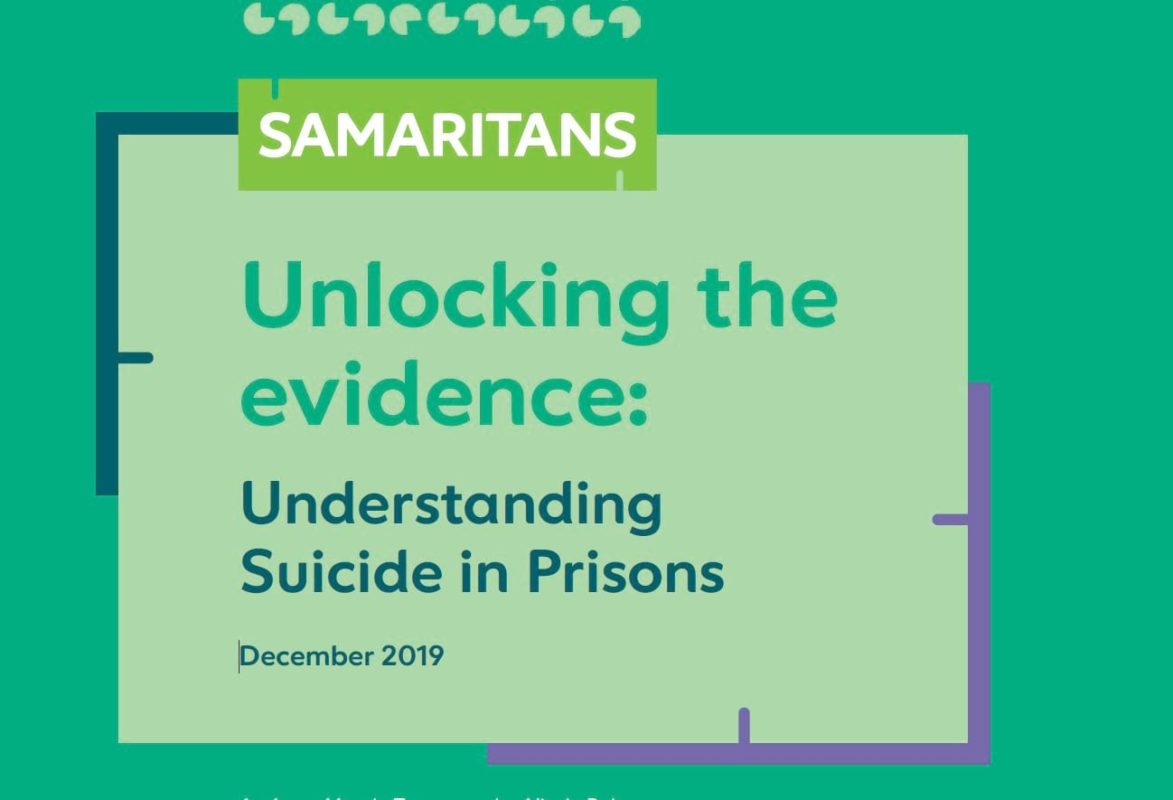 Samaritans is a charity working in the UK and Ireland to reduce the number of people who die by suicide and help those struggling to cope. Their award-winning Listener scheme is a peer support service which trains prisoners to provide emotional support to other prisoners who are struggling to cope. The scheme was established in 1991 and now operates in prisons in England and Wales, Scotland, Northern Ireland, and the Republic of Ireland, with the aim of reducing suicide and self-harm in prisons. This service is supplemented by our helpline, available to prisoners for free, 24/7. This is a guest post by Magdalena Tomaszewska , one of the authors of the report discussed below.

Today Samaritans publish their first report on suicide in prisons. This report, titled: “Unlocking the evidence: understanding suicide in prisons” brings together existing literature on why people in prison are at an increased risk of suicide and Samaritans’ own new data offering a unique insight into the emotional concerns of prisoners before and when they reach the point of crisis.

Suicide is now the second leading cause of death in prisons, after death by natural causes

People in prison in England and Wales are significantly more likely to take their own lives than those in the general population[1]. In 2018 alone, there were 92 self-inflicted deaths in prisons in England and Wales. Although through much of the 2000s the rate of self-inflicted deaths in prison fell, in the last decade the rate has risen by 51%[2]. This increase has happened against the background of an overall 6% fall in suicide rates in the general population over the same period[3].

These figures are concerning and need further analysis.

Why are prisoners at an increased risk of suicide?

We know that in prisons suicide risk is a combination of life experiences before imprisonment and the pains of prison life[4]. Many of these risk factors are reflected in the emotional support needs of people who speak to Samaritans. Some of the key findings from our data and the wider prison literature are:

Mental health problems are significantly higher among the prison population and often develop before the individual enters the prison system[5]. Mental health was one of the most common concerns discussed by prisoners with our volunteers in 2018 and was two times higher for those who express suicidal thoughts or behaviours.

Self-harm rates are at a historic high in prisons and we know that self-harm/suicide attempts are the strongest predictors of future suicide risk[6]. People in prison who expressed suicidal thoughts and behaviours to Samaritans were three times more likely to discuss non-suicidal self-harm too.

Access to social support has an important impact on wellbeing – both within and outside of the prison gates[7]. Our data highlights that family problems particularly affect people in Young Offender Institutions and isolation/loneliness is a key issue for those in closed prison environments.

Levels of deprivation and disadvantage are high among those who enter prison, including higher levels of unemployment, homelessness and financial struggles prior to entering prison[8]. Our data also shows how multiple practical concerns can overlap, creating a complex mix of problems.

Being new to prison – whether due to a transfer, experiencing imprisonment for the first time or having recently returned to prison, increases suicide risk[9]. Our data shows that this is often related to issues concerning contact with family and friends, such as relationship issues and visits to the prison.

Regime and staffing can have a major impact on wellbeing in prisons, with our data showing problems with staff and regime are the most frequently discussed concerns related to prison life. This reflects the wider evidence that a consistent regime with purposeful activity can reduce people in prison’s suicide risk[10].

Exposure to suicide – the shock and distress of a death by suicide can be particularly strong in closed environments such as prisons[11]. Bereavement by suicide was three times more frequently raised in Samaritans contacts by those who express suicidal thoughts and behaviours. This year Samaritans is piloting a ‘postvention in prisons’ service which provides support to prisoners following a suicide in prison.

Many of these concerns will be familiar to those working in the criminal justice sector and in the prison service. In recent years, there has been some effort to identify and manage suicide risk in prisons early and systematically[12]. At Samaritans we believe that addressing the high rate of self-inflicted deaths in our prisons must also include a better understanding of prisoners’ emotional concerns before the moment of crisis. This report is a step in that direction.

[4] Brooker, Flynn, and Fox, ‘Trends in Self-Inﬂicted Deaths and Self-Harm in Prisons in England and Wales (2001-2008): In Search of a New Research Paradigm’; Fazel et al., ‘Suicide in Prisoners: A Systematic Review of Risk Factors’.

[6] Klonsky, May, and Glenn, ‘The Relationship between Non-Suicidal Self-Injury and Attempted Suicide: Converging Evidence from Four Samples’.

[9] Leese, Thomas, and Snow, ‘An Ecological Study of Factors Associated with Rates of Self-Inflicted Death in Prisons in England and Wales’.

[10] Ludlow A, Schmidt B, Akoensi T, Liebling A,  Giacomantonio C, Sutherland A, ‘Self-Inflicted Deaths in NOMS’ Custody Amongst 18–24 Year Olds’.

[11] Niedzwiedz et al., ‘The Definition and Epidemiology of Clusters of Suicidal Behavior: A Systematic Review’.

[12] ‘Preventing Suicide in England: Fourth Progress Report of the Cross-Government Outcomes Strategy to Save Lives’. 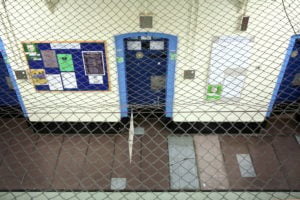 Tackling suicide and self-harm in prison