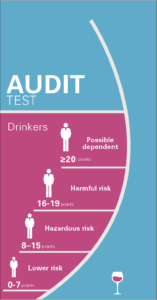 our current relationship with alcohol.

The report is based on a survey of 1250 UK adults who drink alcohol who all took the AUDIT (Alcohol Use Disorders Identification Test) questionnaire – the standard alcohol screening instrument.

Participants were then allocated to one of four groups depending on their AUDIT score. Researchers used a quota system to ensure that the groups, ranging from lower-risk users to those who were possibly dependent were equally represented. The sample of all participants reflected the population as a whole in terms of age, socio-economic status and gender.

As well as providing evidence to back up previous findings into the UK’s drinking habits, there were some unexpected results:

When it came to heavy drinking, men aged 31 – 50 were the most at-risk group, but many women also drink alcohol at dangerous levels. According to the study, 41% of people who were classed as possible dependent drinkers were women.
Government statistics collected in 2010 showed that 19% of men reported drinking over 8 units and 12% of women reported drinking over 6 units on at least one day in the week prior to being interviewed. 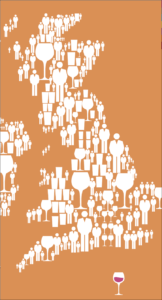 a rise in alcohol-related hospital admissions last year (2014). These admissions grew three times faster among women than men, with more than 64,000 women taken to hospital as a specific result of drinking in 2013/24.

The report attributes the increase in women’s heavy drinking to three possible factors:

PRIDDY is a new toolkit designed by Humankind to help workers identify individual risk factors that a person is more likely to experience harm from alcohol.

Online alcohol intervention allows people to find out how risky their drinking is with a two-minute Alcohol Use Disorders Identification Test (AUDIT). 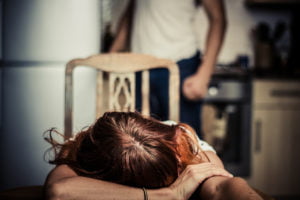