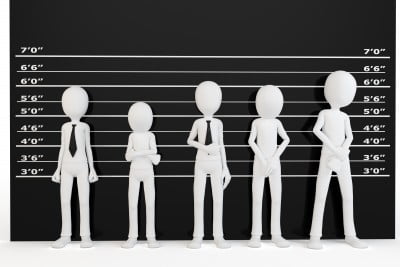 This is @ZoeStaffsGMPT 4th post in an ongoing series about her life and learning as a probation officer.

When I was thinking what next to blog, I asked my brother (“Average Joe”), what  he wondered most about my job. He didn’t ask any of the usual, like how many times had I been threatened with a gun, or how do I deal with the “endless sense of self-worth”. Or even (thankfully) “what’s a probation officer again?”

He said he most wanted to know what kind of people came through the doors. “Who do you actually deal with…what are they like?”.

A pretty quick answer is to say they are exactly the same people you see walking down the street. Something like one in three men under 40 have a conviction of something or other (now THAT’s a good opening question to ask on speed-dating, isn’t it….) and people don’t walk around with “Her Majesty’s Pleasure Tour 1984” on the back of their T shirts, so you won’t spot them.

But I understand what he’s asking. There’s so many stereotypes about offenders out there, and they’re pretty one-dimensional. It’s got to be more than the teeth-sucking, hoodie-wearing rioter, or the homeless heroin addict. Hasn’t it?

I’m not going to reinforce these stereotypes. Certain newspapers do a very fine job of that on their own. Instead, I’m going to talk about people I’ve worked with, if only to show the pointlessness of trying to put them in boxes in the first place.

I’m hunting around in the hinterland of my old sociology degree knowledge here, but I do remember one theory, by a guy called ‘Taleb’ called “Black Swan Theory”. Basically, he said no matter how much you think you know what’s around the corner – that most swans on a river will be white for example, or in my case that most offenders will be a certain ‘way’ – you should always expect to be proven wrong, as just as you think you’ve got the whole thing nailed, a black swan will drift round the corner and knock your socks off. Or something like that.

What I am rather ineloquently saying, is there may well be certain commonalities between offenders, but it shouldn’t stop you looking for the differences. One day I asked a lad what his favourite music was. It wasn’t a particularly focused question; to be honest I was sick of arguing about why he wouldn’t go to unpaid work  and wanted a change of subject – and I was expecting an equally inane reply about Jay Z or Ri-Ri or C3PO such and such. But instead he said “er…I would have to say… Beethoven”. This lad was 19 years old. It was a very unusual answer. I didn’t know what it meant, but I knew it meant something: something about his character which I needed to explore. And it did indeed lead onto a Pandora’s box of a life I would never have looked for. I guess I’m saying; don’t ever stop asking the questions even if you think you know what the answer’s going to be.

On a similar theme, just because someone offends, it’s not their primary skill (often they’re pretty bad on it; hence keep getting caught). Sometimes they are actually pretty good at something else, but somewhere along the line it’s been squashed, waylaid or simply knocked out of them. A lad well known for running away from the police at lightning speed, told me he’d once been in a ‘Parkour’ group. This is basically where people jump fluidly over street furniture; a combination of hurdles and interpretative dance, if you will. Now, I know what some people might think; encouraging a lad who likes to run from police to get better at vaulting large objects is not a good thing. But the fact he already had this skill, and could channel it into something non-criminal meant it could be a route out again. Sort of like swapping cigarettes for lollypops; same habit, but not as bad for you. And that was surely worth exploring…

A lot of crime involves deception, or just bare-faced lying. To be honest, most of us if caught doing something we’re not supposed to do, would wriggle a bit if we thought we could get away with it. (I have NO IDEA where the rest of those kit-kats went, by the way).

But once caught and convicted, most offenders are pretty honest and open (I can hear people huffing and puffing from here, but it’s true). I’ve had people come into me and – without prompting – shown me texts they’ve sent harassing the partner they’re not allowed to harass. Rung me up to tell me they’ve stolen something which has uncovered something else pretty gruesome and they want to tell the police about it. Informed me about concerns regarding the abuse of a child they know. Basically, to say that people who offend are fundamentally immoral is just plain wrong, and if you assume that – in a job like mine – you’re not going to get very far.

It takes all sorts

Finally, there are some offences which seem to span all class, age and backgrounds. In fact; they’re entirely non-discriminatory, and can be found in most areas, from tiny village to massive metropolitans. One of them is domestic violence. And I’m not saying it’s rife. I’m just saying that there’s often more of a mix in the people you deal with than you’d expect. I’ve met bin men, accountants, designers, nurses, disabled people, teenagers and pensioners. People who live in mansions and people who live in tents. People who are really and truly the most loveliest people you could or would ever meet, but just not if you happen to be their wife…

Often, these people have the hardest time coming to terms with their offence, as they feel to do so means having to take on the whole “offender” stereotype and ‘wear the hoodie’ so to speak.

So it’s a strange thing to say, but I think we need to get rid of the old image of an ‘offender’, almost de-stigmatise it, and just deal with what’s in front of us. An offender is simply a person who has committed an offence and got caught for it. Look around you. In your office, in the pub, on the street. If you can see three men, all under 40, chances are one of them has done something they shouldn’t have.

And if you’re at a speed dating night, with 12 of them about to come and smarm you, DON’T make it one of your opening questions.  At least 4 of them may blush… 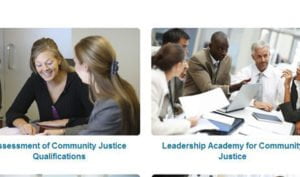 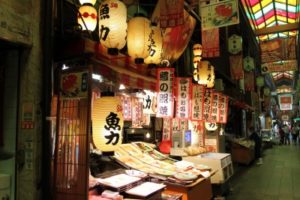 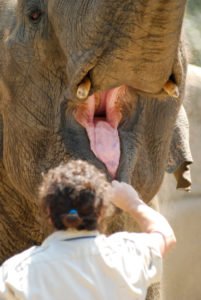