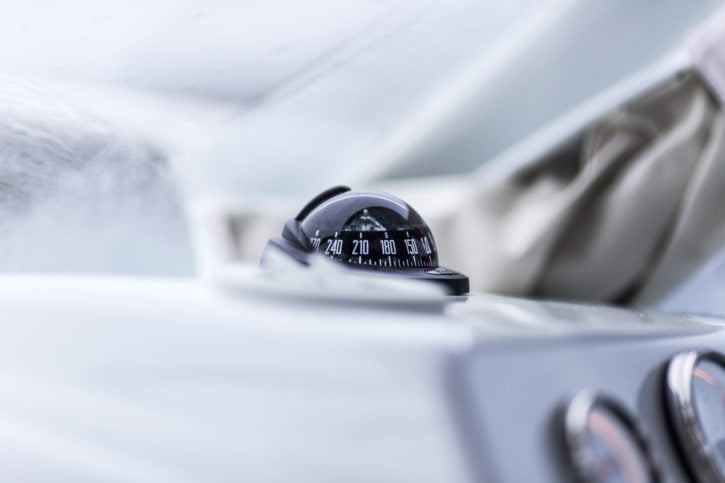 In the second of our "reframing justice" series, author and thinker Tom Gash explores our flawed thinking about crime and the rational actor.

Tom Gash (@Tom_Gash) is a visiting senior fellow at the Mannheim Centre for Criminology, LSE, and a former crime adviser in the Prime Minister’s Strategy Unit. His book Criminal: The Truth About Why People Do Bad Things (Penguin, 2016) helps its readers explore their views of crime, and the latest evidence on what we should do about it.

He is the second guest blogger in a new occasional series based on a report published earlier this year by the Frameworks Institute entitled, New Narratives: Changing the Frame on Crime and Justice which argues that justice reformers need to change their approach if they want to engage public support

“May I say that I have not thoroughly enjoyed serving with humans? I find their illogic and foolish emotions a constant irritant” – Dr. Spock, Star Trek, season 3, episode 7 (“Day of the Dove,” 1968)

Crime and the rational actor

In my book, CRIMINAL: The Truth About Why People Do Bad Things , I argue that politicians on both the left and right of politics disagree wildly about the best responses to crime but share a common belief. They think that crime is essentially rational. For left-wingers, it is a rational response to poverty. For those on the right, it is a product of greed encouraged by lenient punishments. As David Cameron put it in 2012, ‘Committing a crime is always a choice. That’s why the primary, proper response to crime is not explanations or excuses, it is punishment’.

The model of the ‘rational actor’ is deeply entrenched in popular consciousness, as well as political discourse. The work that Transform Justice has commissioned from the Frameworks Institute to understand public attitudes to crime found ‘a dominant shared assumption that crime is the result of a rational and calculated process in which individuals weigh the costs and benefits of a behaviour and make a logical decision about whether to engage in criminal activity based on this calculation’. The public accept that crime may be, in a sense, encouraged by poverty but intuitively support an approach to crime reduction that focuses on increasing the ‘costs’ of committing a crime, in particular through tougher punishments.

The odd economics of crime

The problem with this is that crime is not always a rational choice, and very rarely is it a perfectly rational one. Oddly, the most serious crimes for which people most commonly call for exemplary deterrent sentences are among the least rational. Nine in ten UK murders are solved and they result in mandatory life sentences for which they perpetrators spend an average of 17 years in prison.[i] And a high proportion of these cases will have had few rewards, with perpetrators of domestic homicides for example often experiencing long term guilt and regret rather than psychic or material benefits.

Even non-violent crimes can be pretty irrational. Think of that teenager who posted a photo of himself holding a large bag of basmati rice looted from Tesco’s in the London riots. And then think of all those times you yourself might have refused to commit a crime, even if it might have ‘paid’ in some simplistic sense of the word.

Of course, crime can be influenced by incentives but there is a boom in behavioural economics and more recently identity economics for a reason. Economists – previously in thrall to the nonsense notion that humans make ‘perfectly efficient’ and financially focused decisions – have remembered that human behaviour is complicated. We need to study the psychological and cultural forces that shape criminal behaviour in action, rather than relying on crude ‘general rules’. We need to remember that like all of us, those who commit crime don’t always consider the odds or make good decisions. As a senior Home Office office official put it to me, “in general, we’re not dealing with Dr. Spock. We’re dealing with Homer Simpson”.

Looking at the detail reveals powerful ways of nudging would-be criminals away from temptation, without resort to tougher sentencing. Reducing easy opportunities for crime has a vast impact. Because few offenders are particularly determined, the introduction of electronic immobilisers in cars was enough to support a six-fold reduction in UK car thefts since the early 1990s and metal theft has dropped considerably since the government wisely abolished the cash-in-hand payments that made it so easy for thieves to dispose of loot anonymously. Increasing the chances of being detection can also make a difference, as shown by the successes of ‘hot spot’ policing. And, of course, there are plenty of early interventions that help kids to develop the impulse control they need to avoid crime and prevent the formations of so-called ‘criminal thinking patterns’.

In contrast, tougher sentences tend to have only a small impact on offending– as shown by careful studies of sentencing reforms such as the introduction of ‘three strikes and you’re out’ legislation in California. At risk of oversimplifying this and wider research findings, it seems that most people considering whether or not to commit a crime don’t appear to get round to thinking about the likely punishment unless there is a good chance of being caught. And many inside our prisons are fatalists, who commit crime as part of chaotic lives over which they feel little control. The policy maker’s dream of tough sentences that never need to be deployed is just that: a dream.

In fact, tough sentences are more akin to a policy nightmare. They reduce crime somewhat by incapacitating the most prolific offenders but they also steal resources away from far more effective, common-sense methods of preventing crime. Justice – or vengeance – might be satisfied but we need to be honest when we are simply punishing for its own sake; and be clear about the consequences for crime levels in our communities.

A dialogue of the deaf

The evidence is relatively clear, then, but we still have a major problem. Policy in democratic countries does not just change because the evidence says it should.  Evidence does influence decision-makers but so do public opinion (rightly?) and media views (less justifiably?). This is why as well as constantly improving the evidence base, all practitioners, policymakers and academics working within the criminal justice system need to start thinking about how to influence and inform.

As the Frameworks Institute work points out, building public support for evidence-based practice requires us to recognise that the public hold many mental models of crime simultaneously. Triggering the ‘rational actor’ framing, as David Cameron did when he said ‘crime is always a choice’, will almost always encourage a more punitive response. Other framings, for example those relating to poverty, the influence of peers on crime, or the need for prevention, for example, provoke support for different policies.

The public are also better on specifics than on generalities. While attracted to tougher penalties in principle, for example, they propose sentences that are the same or sometimes more lenient than those handed down by magistrates when given detailed case notes. They also care primarily about stopping crime and ensuring offenders do not reoffend. One study found that 4 in 5 people prefer an ‘effective’ sentence than a punitive one. This suggests that debates in the abstract might not be particularly helpful.

I’m no political strategist but it seems that attempts to placate punitive sentiment can backfire. When governments enact new punitive legislation they often amplify media coverage and hence fear. And once you’ve supported the idea that ‘prison works’ there is no going back. Punitive policies aren’t generally effective but when they prove not to be it becomes perversely tempting to prescribe more of the same. After all, if you buy into the rational actor model then if people are still committing crime, crime must still pay, and therefore even tougher sentences must be needed.

One final thought I have on how to engage with the public may be relevant to the wider political debates of our time, and the rise of so-called ‘post-truth’ politics. My experience is that telling people they are wrong about something is unlikely to provide the route to enlightenment – for them or me. We need to engage in dialogue in order to understand why we hold different views on crime and justice. Crime evokes moral responses first – the reason I so frequently notice that what I thought at first was an argument about evidence is in fact a debate about values. To someone who suspects you of holding values they do not hold, your arguments, your facts and figures will just feel like a personal attack – as evidenced in a range of experiments chronicled in Jonathan Haidt’s book The Righteous Mind. I suspect that we should also be scrupulously honest when debating how to respond to crime. When evidence is used selectively, reformers simply persuade those who are naturally sceptical of ‘the establishment’ that they are pushing a particular worldview, rather than sharing information that helps people to make up their own minds.

We need to reframe debates on criminal justice, but be very careful about how we do it.

[i] They also remain under supervision for life and will be returned to prison for life should they reoffend. And this average excludes the growing number of people serving ‘whole life’ sentences who will never be released – meaning the actual average penalty is well over 17 years