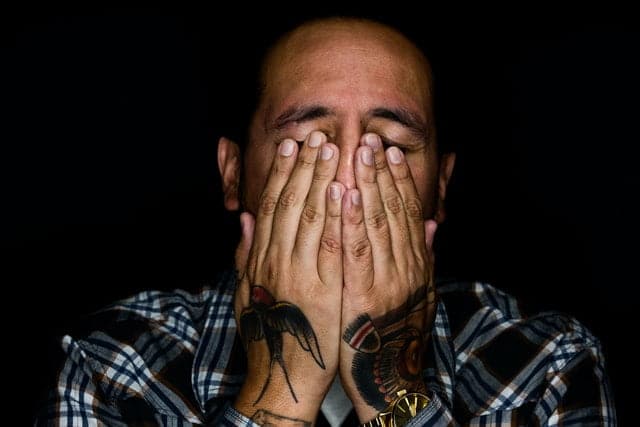 ‘I'm always walking on eggshells, and there's no chance of me ever being free’: The mental health implications of Imprisonment for Public Protection.

Last week (3 December 2020), the Prison Reform Trust published a new report on the plight on people serving IPP sentences who had been recalled to prison. The research was conducted by Kimmett Edgar and Mia Harris of the Prison Reform Trust in partnership with myself. Inevitably, not all the information we gathered ended up in the report. When we were asked to contribute to a special Parole issue of the Journal of Criminal Behaviour and Mental Health, we took the opportunity to share more of our findings on the terrible impact of IPPs on the mental wellbeing (both in prison and in the community) of people who serve these indeterminate sentences. You can read the article (for which Mia Harris @mia_harris was the lead author) in full here.

People given IPPs were disproportionately likely to have pre‐existing mental health problems and research documents the negative mental health implications of IPP imprisonment. The indeterminacy of imprisonment can leave people feeling hopeless and helpless yet afraid of seeking support which might prolong their imprisonment. Mental ill‐health can in turn limit progress towards release. Serving an abolished sentence can make people feel ‘disenfranchised, frustrated and distressed’ (a quote from Sarah Smart’s research with women IPPs summarised here). Research indicates IPP prisoners’ fears about life post‐release; of recall for minor incidents or false allegations and being unable to avoid trouble given life circumstances. Our study confirmed many of these findings, but also gave us the opportunity to focus on the IPP’s mental health implications for people on licence and post‐recall, so far a relatively under-researched topic.

Three main themes emerged from our conversations with people serving IPP sentences who had been released and then recalled to prison.

The people we spoke to often described feeling trapped in an unjust and inevitable cycle of imprisonment, and most had little faith in a positive future.

“[Recall] was on my mind 24/7. I even had nightmares [about] spending another decade in prison … I sometimes think, ‘do probation know what they’re doing to other people?’ I’ve got severe depression, severe anxiety and paranoia.”

People were anxious due to recall’s profound consequences and their perceptions of how easily it could be enacted. Malicious accusations were a common concern:

“Being IPP you always worry about getting recalled, because the slightest thing someone says, you’re recalled. They only listen to one side.”

Beyond malicious allegations, participants worried about recall for other circumstances beyond their control. One woman was recalled after being arrested, but not charged, for assaulting someone she had in fact assisted:

“I’d never help anyone again… I should have thought about being an IPP and how it’d look.”

Another worried her friends’ actions could elicit recall:

“The IPP’s a lot more stressful outside. You’re terrified to do anything normal, to go out with your friends. I can’t control what other people do; so it’s really scary.”

Like several others, she considered life harder on licence than in prison due to the relentless pressure of monitoring her own and others’ behaviour:

“I may as well just stay in prison, as it’s less stress than a life of fear out there…I was a prisoner in the community, living in utter and total fear… The amount of times I wet myself due to the sounds of an ambulance or police siren.”

In prison and the community, anxiety led some participants to self‐isolate. People in prison worried about becoming involved in fights or criminal activity. People in the commuity worried more broadly about interpersonal relations, seeing self‐isolation as the only certain way of avoiding recall:

“The only way to avoid a recall is by having as little contact with other people as possible…I never once went on a bus. If I had to go to the shops, it was eyes down and in and out and back home. At work I was in fear to make new friends…Any disagreement or upset will put me back into prison.”

Such accounts are worrying since social isolation and loneliness are well‐established risk factors for mental ill‐health ( and positive social relationships promote desistance from crime. Beyond avoiding peers, friends and family, some restricted contact with probation for fear of recall:

“I didn’t want help from the system; they terrorised me. I went to probation, but I kept my distance. The less talking to them the better, because they can recall me.”

Avoiding openness with probation might make people feel safer in the short‐term, but could prevent access to necessary
support, increasing long‐term prospects of recall. Particularly concerning was the (well‐grounded) fear that disclosing mental ill‐health could provoke assessments of increased risk and therefore recall:

“I felt myself slipping back a bit, but I was afraid to ask for help.”

We found that recall can leave people feeling back at square one and in a process of release and recall which they felt was “never-ending”. This was unsurprising given that the majority of people given IPPs had already served many years longer than their tariff date before being released in the first place. Our participants often felt powerlessness about re‐release. They were frustrated by long waits for parole hearings and courses, and judgements about their needs and risks:

“It’s like looking at clouds, you can see any shape you want. My past behaviour gets examined. You could look at it and see literally anything.”

A common theme was frustration at effectively serving life sentences for crimes that would otherwise have merited determinate sentences:

“It’s wrong, like they said when they abolished the IPP…I committed an offence aged 18. I’m 31, still sat in prison…I should have an end‐date to my sentence. Other people get an end date.”

One man shared a phrase describing IPP prisoners’ frustration with the common disparity between their sentence and crime:

“IPP to me is life…Murderers and lifers say we’re ‘moody lifers’, cos we ain’t committed murder [but
effectively have life sentences]”

The Coalition Government abolished IPPs in 2012 on the basis that they were fundamentally unjust but the legislation introduced to abolish the sentence did not apply retrospectively – in other words, the more than 6,000 sentenced to an IPP continue to be trapped in the system. If and when they are released (or re-released), they are  perpetually at risk of being recalled to prison, in more than half of cases despite not having committed a further offence.

It will take a Justice Secretary with real moral courage to rectify this wrong and convert these indeterminate sentences to normal, determinate ones based on the sentencing judges’ original tariff. We must and wait and see if Robert Buckland has that courage.

Thanks to Ayo Ogunseinde for permission to use the header image, previously published on Unsplash. You can see Ayo’s work here. 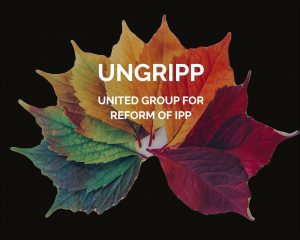 UNGRIPP: A united push for change to the IPP sentence

The United Group for Reform of IPP (UNGRIPP) is a grassroots campaigning organisation pushing for changes to the Indeterminate Sentence for Public Protection (IPP) sentence.

Efforts to tackle racism in prison have regressed

The Winter 2021 Bromley Briefings Prison Factfile says the prison service has lost the focus and commitment to tackle racism inside. 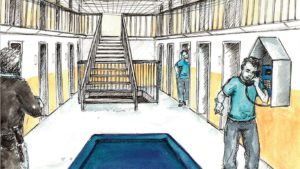