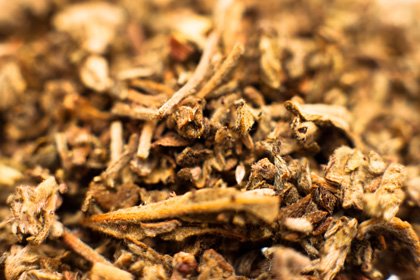 It is clear that this group of drugs will be a priority for the EMCDDA to monitor over the coming years and that drug treatment agencies probably need to develop their understanding of legal highs and make sure they advertise that there is help available for those developing problems with their use.

This is the fifth in a blog series based on the findings of the 2015  annual European Drugs Report published by the European Monitoring Centre for Drugs and Drug Addiction. In it, I explore the increased popularity of synthetic drugs designed to be cannabis replacements.

What are synthetic cannabinoids?

Synthetic cannabinoids mimic the effects of cannabis and are the largest group of compounds monitored by the EU Early Warning System (EWS) on new psychoactive substances. ‘Legal high’ products containing synthetic cannabinoids have probably been sold as herbal smoking mixtures since at least 2006. These products do not necessarily contain tobacco or cannabis but when smoked, produce effects similar to those of cannabis. Recently, new liquid products containing synthetic cannabinoids have emerged for use with electronic cigarettes. They have been subject to innovative marketing approaches and are widely available on the Internet and in some shops in urban areas (often called ‘head’ or ‘smart’ shops).

The number of substances, their chemical diversity and the rate of their emergence makes this group of compounds particularly challenging in terms of detection and monitoring.

The EMCDDA provides an interactive guide which attempts to make the chemistry of synthetic cannabinoids more readily understandable. The image below is a screenshot from this resource: 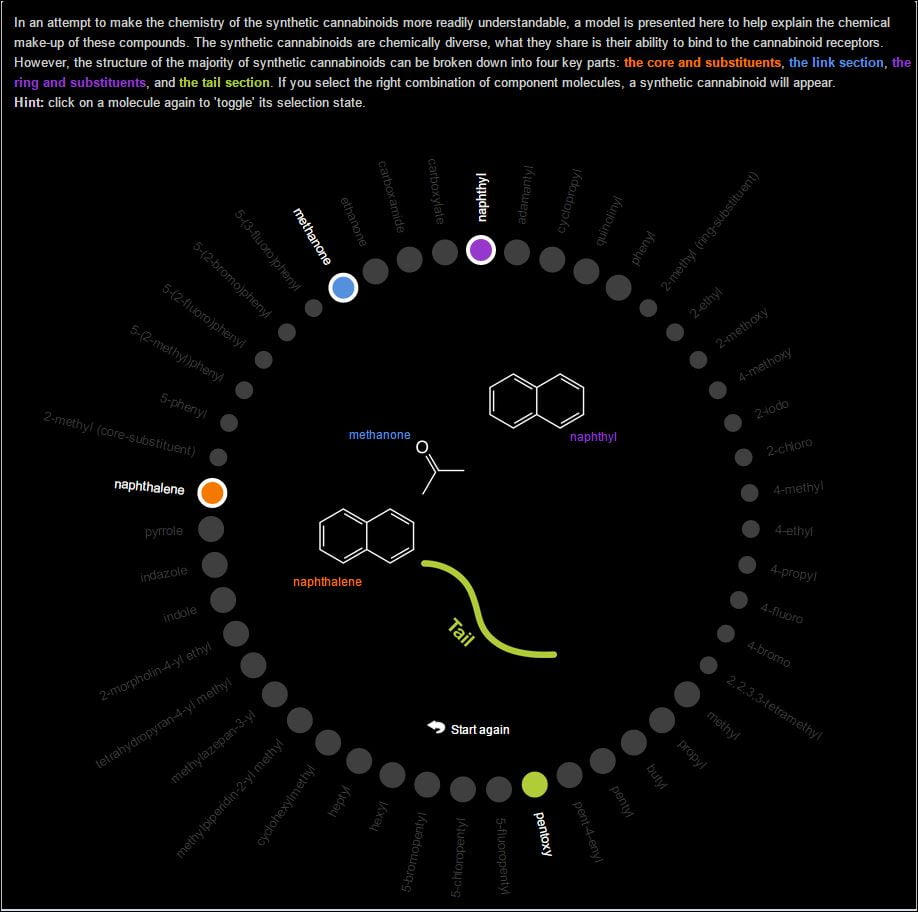 Where did they come from?

Forensic investigators in Germany and Austria first detected the substance JWH-018, a synthetic cannabinoid, in Spice products in 2008. Subsequently several cannabinoids were detected in herbal smoking mixtures (sometimes passed off as incense or room de-odorisers) such as Spice Gold, Spice Silver and Yucatan Fire. The number of synthetic cannabinoids detected through the EWS continues to grow year on year with a total of 134  notified to the EMCDDA between 2009 and 2014.

Most of the synthetic cannabinoid powders that are used in ‘legal high’ products are manufactured in China and then are shipped in bulk using established legitimate transport and distribution networks. Once in Europe, the retail products are put together. Damiana and lamiaceae herbs such as Mellissa, Mentha and Thymus are commonly used as the herbal base for the active synthetic chemical ingredients. The bulk chemicals are mixed with or sprayed onto the herbs, typically on an industrial scale often using equipment like cement mixers and liquid solvents such as acetone or methanol to dissolve the powders. Once mixed, the herbs are then dried and packaged for sale, either on the Internet by ‘legal high’ retailers or from certain shops in urban areas.

Due to the high potency of some synthetic cannabinoids, each kilogram of powder may be used to produce thousands of ‘legal high’ products.

How popular are they?

EMCDDA official survey data suggests that the use of synthetic cannabinoids across Europe in the general population is very low. However, recent reports in the UK suggest that they are increasingly popular, particularly in prison. My experience, mainly gathered through recent substance misuse needs assessments, is that both drug workers and service users are increasingly talking about the growing popularity of a range of legal highs with “Spice” the main catch-all term to cover synthetic cannabinoids.

The EMCDDA makes it clear that we are only just starting to understand the health risks of synthetic cannabinoids because people haven’t been using them for very long.

However, there are concerns that products like Spice may have more serious adverse health consequences than cannabis with possible kidney damage, pulmonary and cardiovascular effects and convulsions. This year’s Global Drug Survey found that synthetic cannabinoids were more  likely to leave people needing emergency medical treatment than any other group of drugs – with 3.5% of survey respondents reporting they sought emergency medical treatment in the last year (up from 2.5% last year). The risk increased to 1 in 8 users who reported using 100 or more times.  The GDS also found that 60% of those using synthetic cannabinoids 50 or more times reported withdrawal symptoms on cessation.

The other main risk is that the manufacturing process can lead to unexpectedly high strength substances which cause acute intoxication with all the normal risks that go with being in that state (falls, road traffic accidents, etc.).

It is clear that this group of drugs will be a priority for the EMCDDA to monitor over the coming years and that drug treatment agencies probably need to develop their understanding of legal highs and make sure they advertise that there is help available for those developing problems with their use.