The stats are published by the Health and Social Care Information Centre (which is described as an executive non-departmental public body, sponsored by the Department of Health).

However, hospital admissions with a primary or secondary diagnosis of drug related mental and behavioural disorders have risen alarmingly. There were 74,801 such hospital admissions in 2014/15 – 9% more than 2013/14 and over double the level 2004/05 (although part of this increase is attributed to better recording practices). 59% of these admissions were of patients aged between 25 and 44 and 69% of admissions were men.

The main drug misuse findings from this year’s Crime Survey for England Wales are summarised in the Home Office infographic reproduced below: 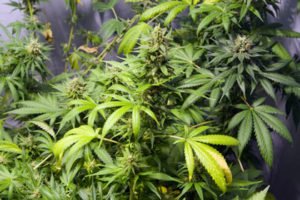 Where is cannabis most popular?

Data from the Crime Survey show that people in the West Country are more than 1 1/2 times more likely to smoke cannabis that those in the East Midlands.