The report records how excessive drinking places an enormous burden on emergency services, both at an organisational and individual level. The report set out to get an idea of the scale of the problem and received a wide range of data from different organisations, almost all of whom highlighted the caveat that alcohol-related crime and disorder is typically under-recorded:

Fiona Bruce MP, the Inquiry’s chair, reports that they were shocked to hear the way in which police, fire, ambulance, and accident and emergency personnel face the daily risk – and frequently daily reality – of being assaulted and abused, including sexually, in the course of carrying out their professional duties.

Many submissions by the police to our Inquiry reflected an expectation that officers will be assaulted when dealing with intoxicated individuals. According to one police force, their staff survey found:

90 per cent of police officers expect to be assaulted on a Friday and Saturday night when they police during the night time economy,

there is one thing that is specific to female officers and that is sexual assault. I can take my team through a licensed premise, and by the time I take them out the other end, they will have been felt up several times.

The report shows that alcohol-fuelled behaviour resulting in criminality, fires or accidents is adding intolerable – yet often unnecessary – pressure on vital resources, and to the work of emergency services personnel. It is impacting on their ability to serve the public, on their morale, health and wellbeing, and on recruitment and retention. Another submission to the Inquiry detailed:

As well as staff, the patients themselves are often at increased risk of harm. The other patients who have not been drinking are at increased risk because of the delays in being seen. They also have to be witnesses to an alarming environment that often appears aggressive and chaotic.

The inquiry also heard of emergency department staff suggest that had become ‘almost desensitised to the impact of alcohol on the functioning of our unit because at certain times of the day it is the norm to be dealing with intoxicated people’, and a Consultant in emergency medicine told us of how he was ‘kicked in the face by a drunk’.

3: Deliver alcohol awareness training and support for Emergency Service personnel
Investment in giving frontline staff information on alcohol and dealing with alcohol-related incidents. Adequate wellbeing and mental health support for staff who have been subject to alcohol-related harm or abuse.

4: Implement training and delivery of Identification and Brief Advice (IBA) programmes and invest in alcohol liaison teams
Implementation of evidence-based early Identification and Brief Advice (IBA) programmes in primary care and health settings, including within GPs’ surgeries, and emergency departments and provide training for all relevant staff. Specialised alcohol liaison teams and nurses to deliver comprehensive assessment and appropriate treatment for patients.

5: Utilise Alcohol Sobering Centres
A review of the centres in the UK which are currently under trial and relieving pressure on local emergency services by acting as alcohol welfare centres which ‘house’ people who are highly intoxicated and offer the opportunity to deliver IBA or a referral to specialised services.

6: Review Licensing legislation to include a ‘health objective’
The introduction of a ‘health licensing objective’. More thorough application of the Licensing Act is required in order to empower licensing authorities to tackle alcohol related harm. Investment in providing the appropriate support to administer local licensing initiatives.

8: Reduce the affordability of cheap and high-strength alcohol
Introduce a minimum unit price (MUP) for alcohol. Reinstate the alcohol duty escalator in order to ensure the tax system both addresses alcohol harm, and incentivises the development and sale of lower strength products.

9: Educate the public on the harms of alcohol
Invest more in public awareness raising campaigns in order to inform people about the impact of alcohol on their health and help them make informed choices about their drinking; including better promotion of the Chief Medical Officer’s Low Risk Drinking Guidelines, improving alcohol product labels by including mandatory health information, and increasing alcohol awareness education in schools. 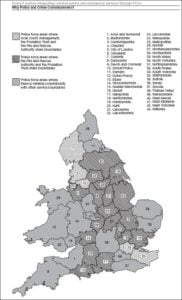 Should PCCs rule the world? I posted earlier this week about whether Police and Crime 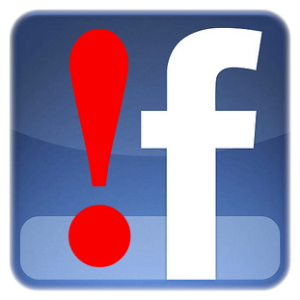