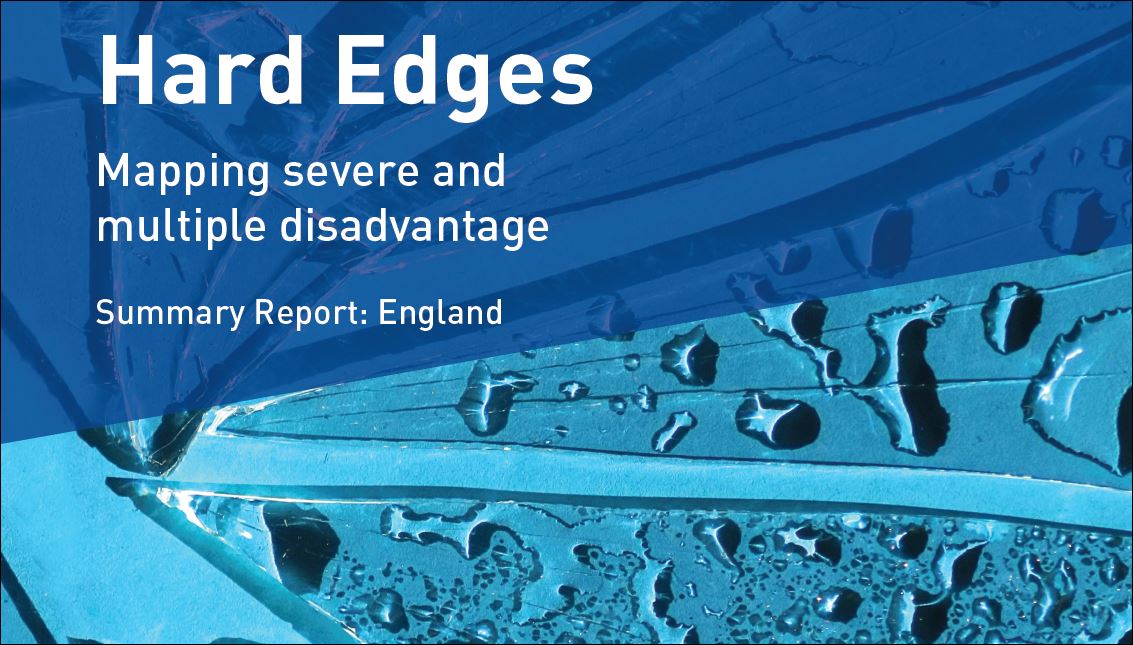 This is just the latest piece of research that reinforces the need to develop a more integrated system of social care. Although few argue against a more co-ordinated approach, we seem to have made very little progress towards constructing it with joined-up commissioning apparently as difficult to achieve as ever.

A new report released by LlankellyChase foundation and Heriot-Watt University contains the most robust research to date on people with multiple complex needs.  Hard Edges: Mapping Severe and Multiple Disadvantage in England draws together previously separate datasets from the homelessness, offending and substance misuse treatment systems.

The report also takes into account available data around mental health and poverty.   It delivers the latest and most comprehensive statistics on people facing severe and multiple disadvantage: where they live, what their lives are like, how effectively they are supported by services, and the economic implications of the disadvantages they face.

Although policy makers, practitioners and researchers all know that most people who are involved in crime, dependent on drugs and alcohol or are homeless suffer multiple problems, it has always been difficult to verify this on a national scale because the data sets tend to be separate from each other.

Even though the figures are shocking, it must be remembered that they represent a considerable under-estimate, since the numbers counted are essentially those which show up in official systems and we know that many people in all these groups are not being supervised by probation, receiving substance misuse treatment or receiving help with being homeless. Nevertheless, here is the key graphic: 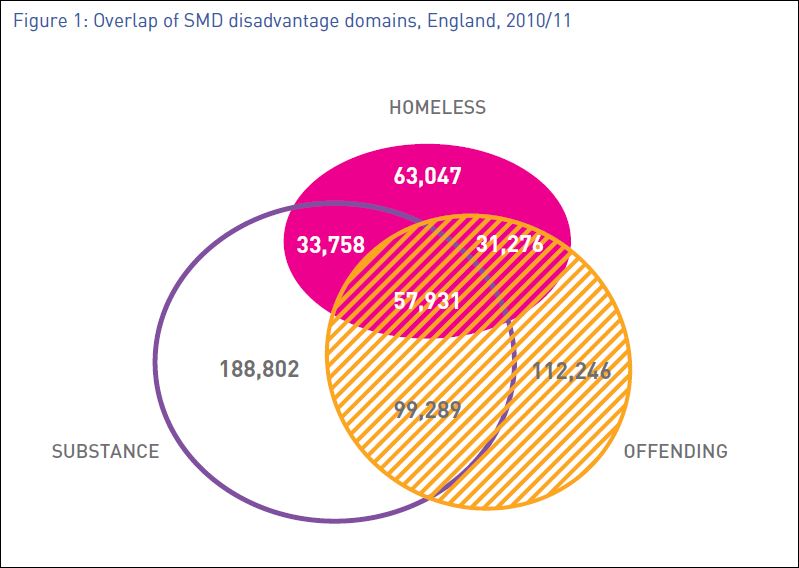 Many of the report’s findings confirm what many of us already feel we know:

However, other findings challenge some of our assumptions. I admit to being surprised to find that 60% of this group are either living with children or are in regular contact with them.

This is just the latest piece of research that reinforces the need to develop a more integrated system of social care.

Although few argue against a more co-ordinated approach, we seem to have made very little progress towards constructing it with joined-up commissioning apparently as difficult to achieve as ever.

Drug poisoning was the cause of death for almost two in five of the 741 homeless people who died last year.