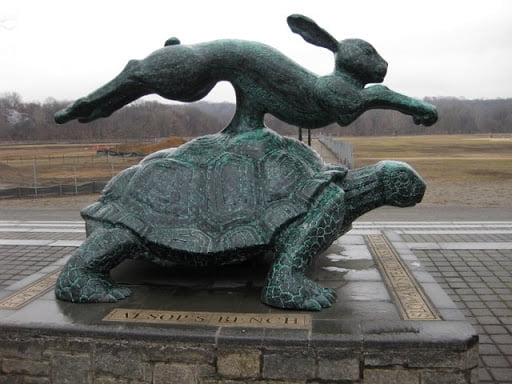 Thou shalt not implement in haste

This final post seems like an appropriate place to remind us all that payment by results is a very new approach to commissioning and that there is, as yet, no evidence base to guide best practice.

Be very wary of anyone who makes any of these claims:

“I could write you a simple PbR contract in a day”

and the already notorious

This series of posts is an attempt to identify a set of critical success factors for PbR commissioning based on the findings which have emerged from the different pilots. I’m sure they will quickly become out-dated and even plain wrong as more and PbR schemes are implemented.

Given our lack of knowledge about PbR, it’s surprising that so many initiatives are being launched with such little preparation.

Here are a few examples.

There has been a consensus at many of the recent PbR or Transforming Rehabilitation events I have attended that PbR is currently being used more as a lever to save costs than to improve services or stimulate innovation.

Many people have said to me that they wished PbR had been introduced in the “times of plenty” [1998-2007], acknowledging that much of the money invested into public services in that decade had been wasted.

There is a consensus amongst those who have been involved in designing payment by results schemes that the real potential of PbR is as a driver of system re-design, rather than a rapid way of delivering budget cuts.

Re-designing the whole criminal justice process to prioritise effective and robust community sentences, to reserve prison for more serious offenders and to deliver end-to-end offender management seems a viable and realistic prospect to most experts. They would like to see more attention paid to the Justice Reinvestment Pilots and wait for lessons to be learnt from the evaluation before rolling out the Transforming Rehabilitation project.

Similarly, it is not hard to imagine a high quality, less costly joined up commissioning process which streamlines the reducing reoffending, employment, substance misuse and housing services provided to socially excluded people.

A PbR commissioning approach which drove innovation and increased efficiency with the profits split between savings to the state and reinvestment in services for a process of continuous improvement would be a perfect fit with these goals.

But that’s not how payment by results is being used by government at the moment.

The pressure to get the deficit under control means that massive PbR pilots are being launched without any proper trials.

It’s my view that no-one yet knows how to write a cast-iron PbR contract which is guaranteed not to create perverse incentives.

My favourite example of this is the Work Programme contract which did incentivise providers to provide an effective service to people for whom it was very difficult to find jobs. There is a much larger payment for getting jobs for people on incapacity benefit (often long term drug users or people with disabilities).

However, this incentivisation didn’t work because the overall contract was not sufficiently resourced. This resulted in Work Programme providers concentrating on finding work for jobseekers without these problems and, in effect, providing no service at all to this harder-to-place-in-work group. A classic example of “creaming and parking”.

By slowing down the process and commissioning pilots from which we can learn how payment by results works in practice, we would have a real opportunity to transform public services.

Why not continue with Transforming Rehabilitation and give Probation Trusts three years to deliver reduced reoffending rates within a reduced budget on a PbR basis?

Successful trusts could reinvest the PbR payments into further improving services and those that fail could be put out to tender.

Unfortunately, this longer term, more evidence-based approach to criminal justice fits poorly with our political system where a new strategic direction has to be devised, defined and implemented within one five year term.

Browse and download a comprehensive resource pack on Payment by Results.