Subscribe
Why have community sentences fallen sharply (by 24%) in England and Wales over the last decade but increased by 18% in Scotland?

A new (3 November 2017) briefing from the Centre for Justice Innovation compares the differing use of community sentences in England and Wales with Scotland.

In contrast in Scotland, there has been an 18% increase in the use of community sentences over the last ten years. Much of this increase has occurred since 2011. Community sentences now make up nearly 20% of all sentences passed by Scottish courts, compared to only 12% ten years ago.

The report seeks to explain this difference. It started to by exploring whether the rise in Scotland was due to there being an increase in the number of cases before the Scottish courts. This turned out not to be the case with both jurisdictions having seen similar, substantial decreases in the volume of sentencing cases over the last ten years, England and Wales by 11% and Scotland by a much larger 26%.

The report also looked to see if there had been an increase in more serious offences in England and Wales resulting in more prison sentences and less community sentences. However, it again turned out that the changes in the profile of offences were similar in both jurisdictions.

The Centre for Justice Innovation did find, however, much more significant differences in community sentencing policy over the last decade.

In England and Wales, there have been two major changes in community sentencing in the last ten years. The legislative structure of community sentences was reformed in the criminal justice act 2003, whose provisions were implemented in 2005 and 2006. More recently, the government introduced the Transforming Rehabilitation reforms. These reforms, amongst other things, sought to open up parts of the hitherto public sector probation service to private companies, who would over time assume supervision for offenders on both community sentences and those released from prison who were assessed as low to medium risk. They were implemented in 2015.

The Act requires the court to (i) only pass a sentence of three months or less if no other appropriate disposal is available and (ii) record the reasons for this view. Lastly, although criminal justice social work, based in local authorities, have continued to be the primary community supervision agencies, there has also been some structural reform.

The CJI analysis shows that the rise in the use of community sentences in Scotland has primarily occurred since the introduction of community payback order in 2011/12. They have risen in use by 21% since that year and risen year on year. As yet, there is no sign that Transforming Rehabilitation reforms have made any impact on arresting the decline in the use of community sentences in England and Wales. In fact, the decline has continued, with a decrease in 9% in the since 2014/15.

On the face of it, this is very good news – that the use of community sentences (and consequently the size of prison populations) do respond to policy changes and we should be urging Justice Secretary David Lidington to take similar steps.

One word of caution, though, although there would be much to be gained by reversing the decline in community sentences in England and Wales, there are two caveats.

The first is that the performance of the probation service (particularly Community Rehabilitation Companies) would need to improve substantially in order for those on community orders to receive proper supervision and support.

The second is that it is estimated that a wholescale commitment to community sentences would reduce the English and Welsh prison population by only around three thousand. The high levels of incarceration in 2017 are more to do with more people being sentenced to longer periods of imprisonment, compounded by an unprecedented rise in the number of prisoners recalled. 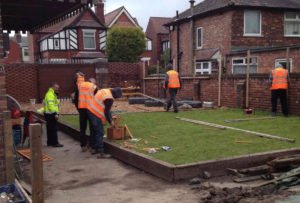 Everything you need to know about non-custodial sentences

Parliamentary briefing on the policy consideration of non-custodial sentences.