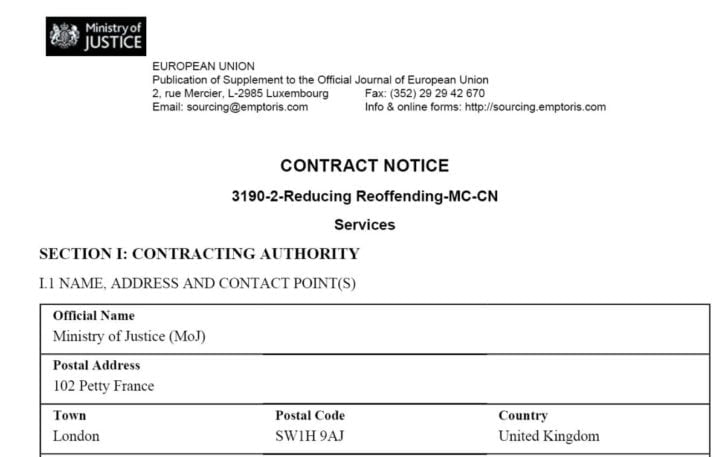 Subscribe
19 September 2013 may prove to a momentous date in probation history. Minister of Justice Chris Grayling announced the formal launch of the competition for the 40% of the probation service which is being outsourced/privatised. Today is also the day that probation staff are told about their (limited) options of moving into the new National Probation Service or...

19 September 2013 may prove to a momentous date in probation history.

Minister of Justice Chris Grayling announced the formal launch of the competition for the 60% of the probation service which is being outsourced/privatised.

The Ministry of  Justice Press Release was titled:

The press release is full of numbers.

The new rehabilitation contracts will be worth £450 million per year across England and Wales.

More than 700 organisations from across the world have expressed an interest.

399 of these are voluntary sector organisations and 30 are large Primes.

It is 59 pages long and gives details of each of the 21 Contract Package Areas.

Contracts will be between seven and ten years long with an option to extend for a further period of three years.

The variation is to account for a range of income dependent on providers meeting payment by results targets.

The Ministry of Justice also issued a Principles of Competition document.

Later in the day the MoJ published the Target Operating Model which sets out how the new system will work once the reforms have been fully implemented. The “TOM”, as no doubt we shall soon be calling it, will be the subject of a blog post early next week.

There is still one major element missing:

The “Straw Man” payment mechanism has not yet been updated and apparently won’t be until the “Invitation to Negotiation” stage. It’s expecting a lot of the market to bid for a contract for which the basic payment details aren’t available.

Prime providers who wish to bid for the rehabilitation contracts are required to register on the MoJ e-sourcing portal in order to receive the PQQ which has not (yet) been made publicly available. 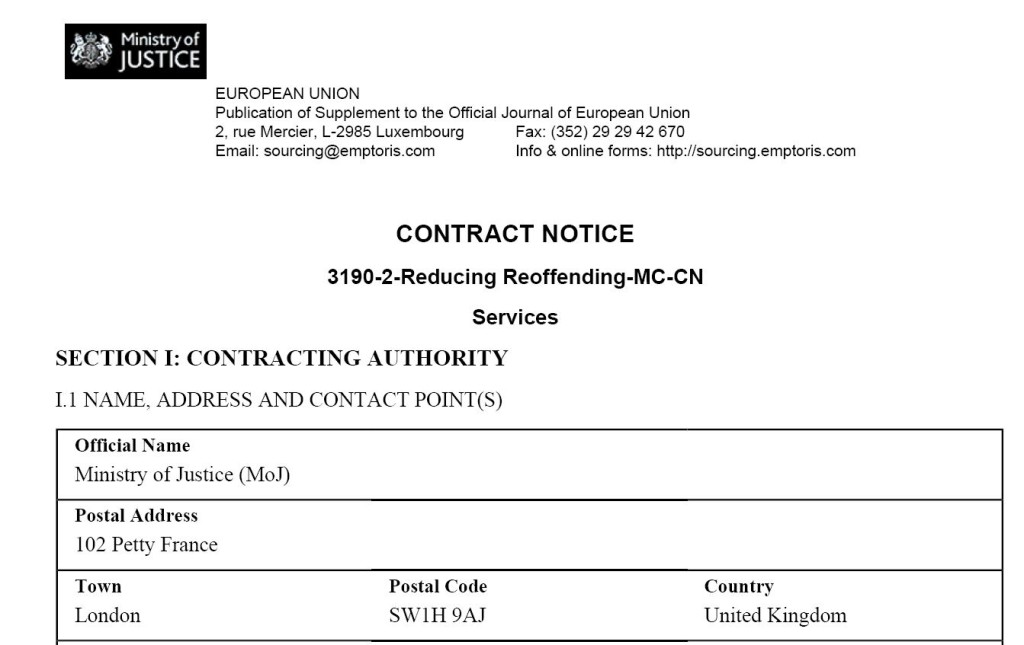 Many of the staff working in probation will also remember the date of 19th September 2013 for today the MoJ also launched the formal consultation process which will decide which staff move to the new National Probation Service (NPS) and which will work for the new Community Rehabilitation Companies (CRCs) who will be taken over by the new providers in April 2015.

Probation staff with experience of working with high risk (of harm) offenders, those working in approved premises (hostels) or with victims will transfer into the NPS.

Those who deliver accredited programmes, supervise Community Payback or work with low/medium risk offenders will transfer into the CRC.

Staff are able to express a preference between the two new services and to state a preferred work location.

Finally, the MoJ also published a new a summary of evidence on reducing reoffending under the Transforming Rehabilitation banner.

The contents of this publication will be reviewed in a future blog post.