More calls for a rehabilitation devolution

Entitled: “Prisons and prevention: giving local areas the power to reduce offending”, the author, Jonathan Clifton (@jp_clifton) argues that there is an inherent flaw in our criminal justice system:

the people who could act to reduce offending have neither the financial power nor the incentive to do so. The reason for this is that many of the services and agencies that could act to reduce offending are organised and controlled at the local level, whereas the budget for prison places is held by central government. The challenge is therefore to “unfreeze” the resources that are locked up in the prison system, and ensure that local services are enabled and incentivised to use those resources to both prevent crime and develop alternatives to custody.

Clifton goes on to argue that currently there are no incentives for local authorities to invest in community resources to help stop people from re-offending – even though reoffending rates for community sentences are much lower than those for short term prisoners whose crimes are often broadly similar.

The central idea is to devolve budgets to cover the costs of this group of offenders to local authorities, and then charge them for each night that an offender from their area is held in prison. This payment by results approach would unlock resources for local authorities to invest in preventative services and alternatives to custody, as well as giving them a strong financial incentive to do so.

There is one example of a successful PbR scheme in West Yorkshire which resulted in the area significantly reducing the number of “custody nights” among young offenders; interestingly it also operated on the same justice reinvestment model (some of the savings were invested in better local services) which IPPR advocates.

The devolution mechanism in more detail

IPPR sets out the mechanism for devolving these criminal justice budgets in more detail; including a back door abolition of the new private provider-led probation system introduced under the MoJ’s Transforming Rehabilitation initiative:

It is this last point which for me makes the proposal an interesting concept but impractical in the near future. The split of the probation service into two different agencies – the National Probation Service and 21 CRCs – has already severely disrupted the operation of probation, to introduce a third party would merely introduce further duplication and confusion.

For me, the merit of the proposed IPPR approach would be as a replacement to Transforming Rehabilitation when the initial seven year contracts come to an end; unfortunately this doesn’t happen until 2022. 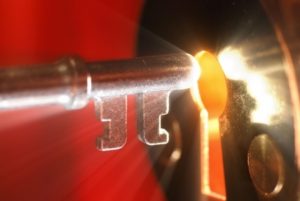